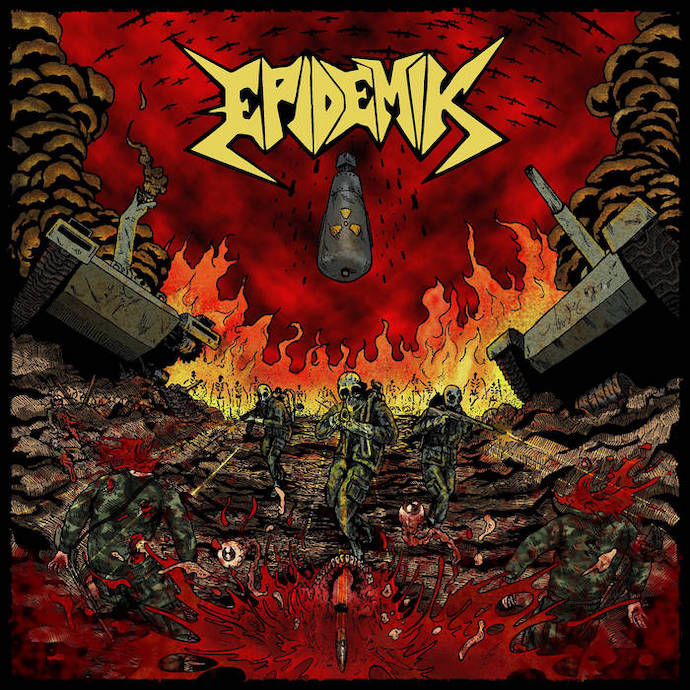 The Costa Rican band Epidemik released their debut EP, Murder By Command, in 2013. The group disbanded a couple of years later, and then revived but experienced a succession of line-up changes. At last a new line-up solidified, and the group began working on their first full-length, which is now ready for an April 4 release through the cooperation of GrimmDistribution (Ukraine) and Sanatorio Records (Costa Rica).

The band self-titytled this first album not only because it signals the resurrection of the group but also because it represents a stylistic shift. The band’s original old-school thrash influences haven’t vanished, but now they’re blended with death metal ferocity and more technical twists and turns. As a preview of what the new album delivers, today we’re premiering a track with a timely title: “Nuke War“. 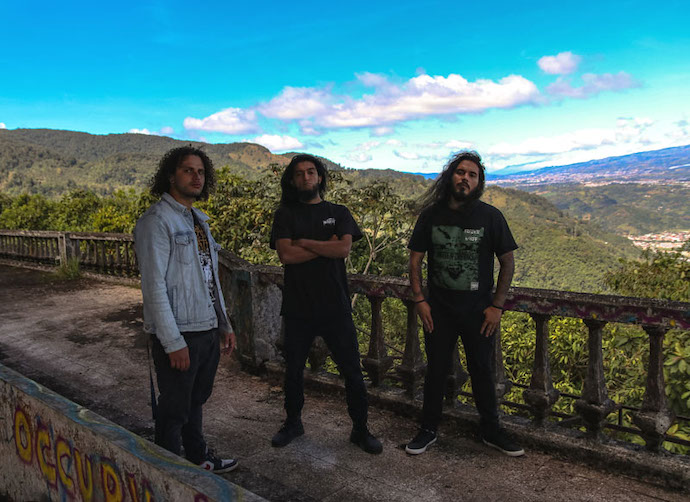 This new song is a savage thriller with a turbocharged pace. It quickly launches into a hurtling gallop, with grim and grievous riffing that cuts like big circle saws and slashes like massed sabers. Utterly ferocious vocals snarl and growl like a pack of rabid wolves and bears. There’s also a sense of menacing, imperious grandeur in the song’s blaring and jolting chords (which will move heads), and eruptions of rapidly scissoring fretwork create a feeling of cruel viciousness.

The song’s superheated guitar solo generates a feeling of maniacal frenzy, and the derangement is strengthened by riotous drum progressions. And thus the song’s soft strummed conclusion comes as a big surprise….

Epidemik is a 47-minute-long release that was recorded and mastered at EPK Records and ChriSic Records, and the cover art was made by Aurelius Artworks, with layout by Aleksey Korolyov. It’s up for pre-order now, and we’ve furnished the links along with a stream of the opening track, “Global Mass“, which is a free download at Bandcamp. It comes recommended for fans of Sodom, Kreator, Sepultura, Lamb of God, Evildead, Slayer, and Napalm Death.