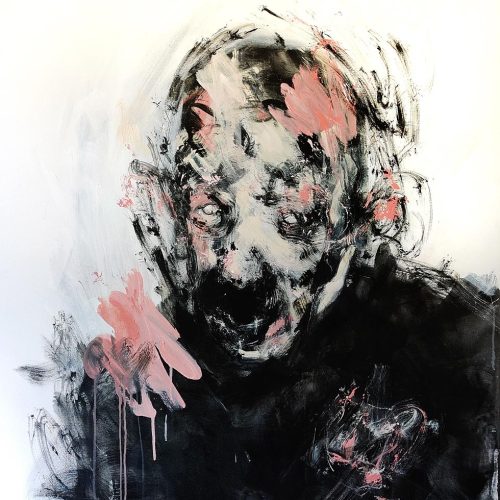 (Andy Synn catches up with the new album from Germany’s Unru, which came out last Friday)

It may surprise you to learn that, more often than not, I don’t have much control over what I listen to.

Oh, sure, I try (heavy emphasis on “try”) to pre-plan what I need/want to listen to for NCS-related purposes, but when it comes to what I listen to for my own pleasure I’m much more at the mercy of my urges and impulses.

Case in point, while I started out the year listening to a lot of Metallic Hardcore or Hardcore-influenced Metal, of various shapes and stripes, more recently I’ve found myself unconsciously gravitating back towards the Black Metal side of things.

What a coincidence, then, that German Blackened Crust crew Unru appear to find themselves undergoing a similar transformation on Die Wiederkehr des Verdrängten. 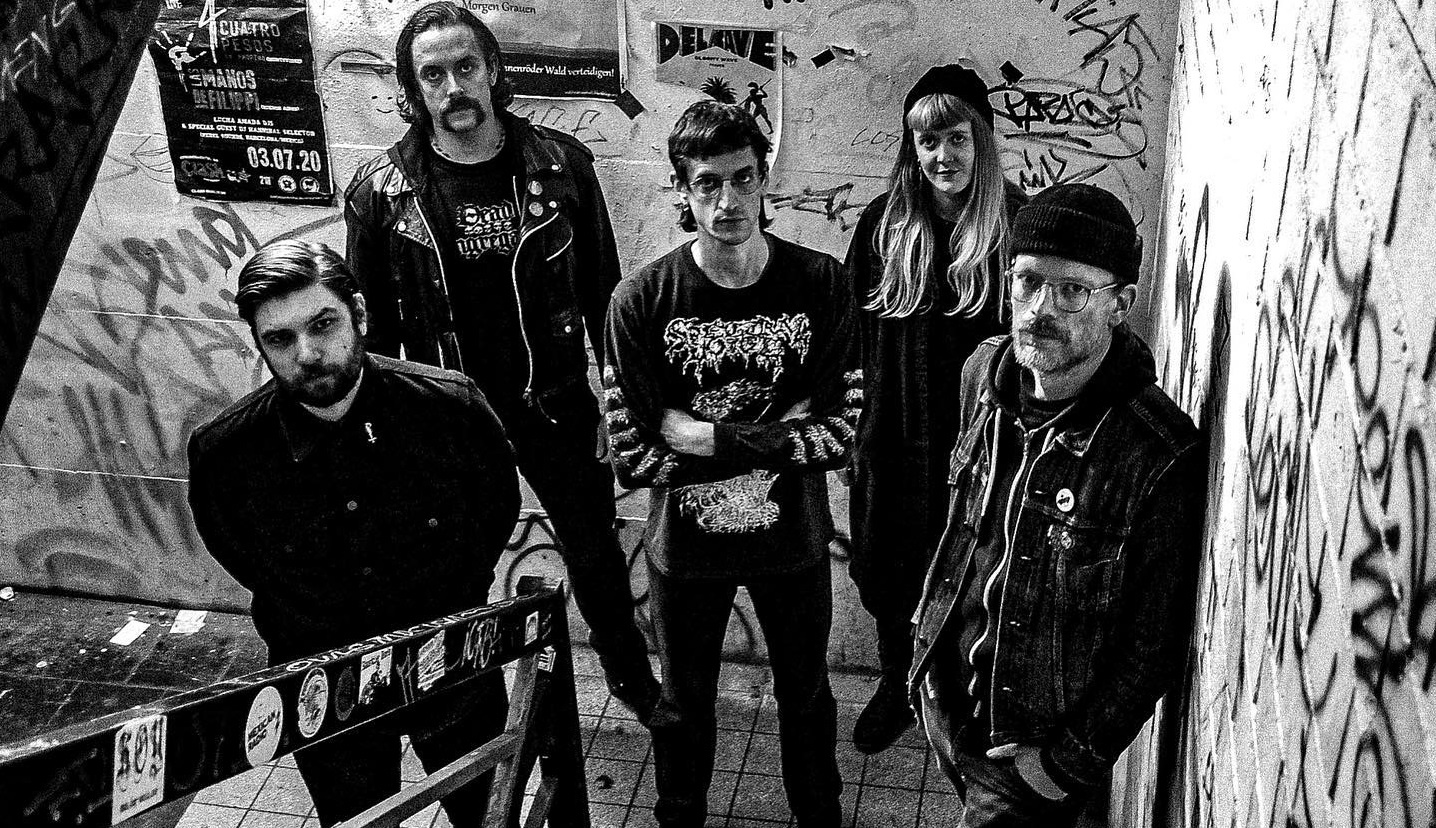 That’s not to say, of course, that their previous album – Als Tier ist der Mensch nichts – was particularly lacking in blackened fury by any means (give it a listen here if you’re not convinced).

But whereas that record, much like its artwork, was a purposefully chaotic (and, at times, somewhat confused/confusing) amalgam of ideas and influences, Die Wiederkehr des Verdrängten is more streamlined and structured, while still retaining the same sense of stylistic diversity and cultivated creativity which has always been such a key marker of the band’s work.

To whit, it begins in uncharacteristically calm and contemplative fashion with the haunting ambience and ethereal vocals of “Kråkstad”, which simmers and seethes with dark promise for just under eight minutes in a manner somewhere between the sinister soundscapes of Treha Sektori and the more abstract atmospherics of Amenra at their most delicate and vulnerable.

It’s a bold, and likely to be divisive, way to start the album, one which immediately demands the full attention and dedication of the listener (and will thus likely end up losing some of those expecting instant gratification).

But its existence makes much more sense when the giant, sprawling grooves and screeching tremolo riffs of the title-track finally make their appearance, as it’s the juxtaposition of the two – flowing seamlessly into one another so as to essentially form a single, extensive musical entity equivalent to the rest of the album’s lengthier numbers – which serves to enhance the power and poignancy of both tracks.

Thus, by the time you hit “Der Hauch der Freiheit” – arguably the purest Black Metal track the group have ever written – you’ll at least have some idea of what to expect from an album which, by purposeful design, aims to engage with multiple different extremes.

Indeed, while “Der Hauch der Freiheit” is undoubtedly and unquestionably a Black Metal song from start to finish, the band don’t allow this to limit or diminish their creativity, as the song moves from scything, blast-driven ferocity to gleaming, clean-sung grandeur, to brooding, synth-heavy bombast, and back again, over the course of just over thirteen thrilling minutes.

“Hungersteine”, by contrast (and this record is all about the contrasts) is much more morose and melancholy (not to mention, melodic) – at least at first – and once again seems to expect that the band’s audience will have the patience to engage with and follow the group’s more atmospheric inclinations, wherever they might lead.

Those who do, however, will be richly rewarded, not only by the song’s immersive and captivating Post-Metallic sense of dynamics, but by its eventual culmination in a torrent of absolutely unrestrained fury, whose ultimate impact is magnified ten-fold by the decision to hold off and build the suspense for so long.

Climaxing with the anthemic blackened assault of “Eintausend Stimmen” – a song which could, with relative ease, go toe-to-toe with the very best work of their compatriots and/or countrymen in bands like Wiegedood or Der Weg Einer Freiheit – it should have become clear that the Unru of Die Wiederkehr des Verdrängten are not the same band that they used to be.

But, then, they’ve never been ones to stay still or stagnate between releases, and while some may lament the loss of the more anarchic and impetuous spirit of their earlier works, ultimately this new version of the band – simultaneously both more focussed and refined yet also arguably even more artistically ambitious and demanding – will go down in history as yet another fearless step in their ongoing evolution.