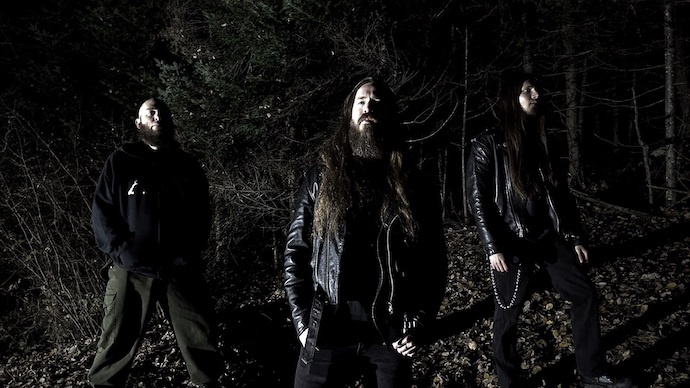 Falamh, from North Bay, Ontario, Canada rose from the ashes of a previous band in 2019, and released their first EP (The Unbound Beyond: I) in 2020. Honing their blend of melodic black/death metal, they’re now readying the release of a second EP, which is due out on March 25th. Its title is Aeons Effigy, and what we have for you today is the premiere of the new EP’s second single, “Blackened Waves“.

As you’ll discover, it’s a moving and memorable song, but it delivers punch as well as pain, ferocity as well as desperation. 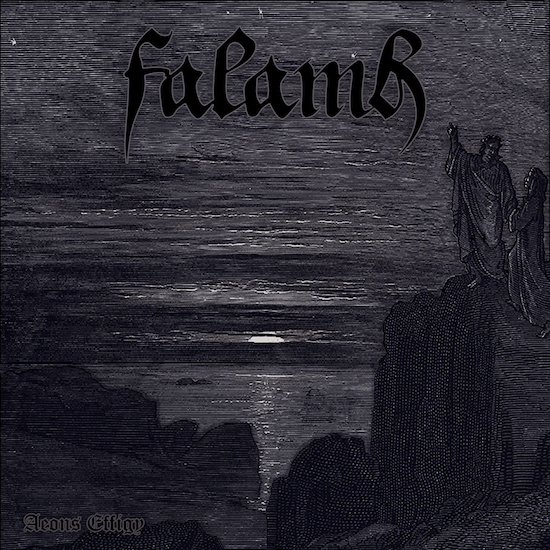 In “Blackened Waves” Falamh immediately create sensations of tension and bleakness with rough-voiced guitars that seem to both jitter and moan, but while that happens the rhythm section also deliver a jolting and battering experience. The riffing rises and melodiously flows in a way that’s even more drenched in anguish, and it sets a quick hook of its own, though the vocals are as vicious as a barbed-wire garotte.

The song’s combination of muscle-twitching physicality, snarling savagery, and emotionally involving melody with a powerful sweep plays out in increasingly captivating fashion, creating an experience of torment and grief. An instrumental digression in which vibrant notes ring above a slower beat flows into an immersive and mesmerizing cascade of sound, which seems to channel yearning and resilience.

“Blackened Waves” tells the story of a near-death experience of someone being lost in a storm at sea and drowning, only to ascend alive with a newfound purpose. It’s a bit more mid-tempo with some highs and lows to keep it dynamic.”

In addition to this new song, Aeons Effigy includes three more, with a total run time of 23 minutes — and below we’re also including a stream of the beautiful, wilderness-set video for the EP’s tremendously gripping first single, “Winds of Silence“, a song that again plays to the band’s strengths mentioned above.

The EP is up for pre-order now, and it’s recommended for fans of Enslaved, Taake, and Kampfar (and we might add Agalloch to that list).