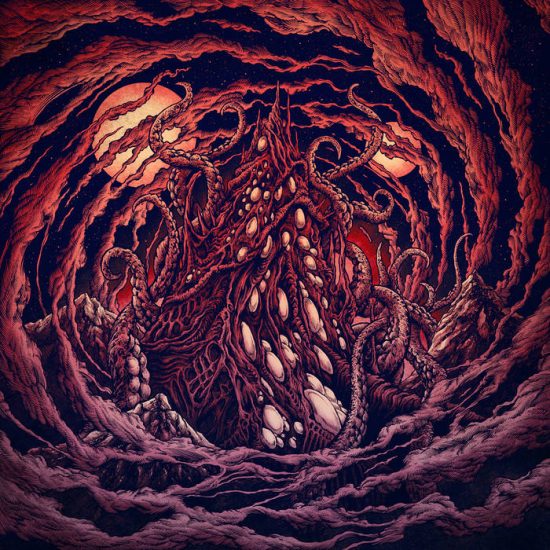 Blut Aus Nord‘s mastermind Vindsval has characterized his creations under that name as a “process of perpetual regeneration”. In introducing BAN‘s last album Hallucinogen, he observed: “Music is a fascinating quest without end… and it would be a mess to express the same range of emotions, a mess to remain frozen in the same aesthetic, the same energy, a mess to compose and release the same thing again and again… and again.”

As if those words didn’t sufficiently clue you in to the fact that changes were afoot in the BAN camp, Debemur Morti Productions characterized Hallucinogen as the beginning of “a new era for Blut Aus Nord, ending the cycle of clandestine industrialized dissonance that culminated with previous transmission Deus Salutis Meæ.”

After Hallucinogen, we were left wondering where Vindsval’s journey of perpetual regeneration would lead next. The first song I’ve chosen for today’s collection is the first clue.

The heaving undulations that open “That Cannot Be Dreamed” establish an ominous and oppressive mood, and while those sensations persist in the undercurrents, the song soon soars in a mass of ringing pulses that channel both wonder and despair. The elaborately layered, keyboard-driven music is otherworldly as well as distressing, and so are the wailing vocals, but the music also brings towering symphonic power, so enveloping that it threatens to overwhelm the song’s changing rhythmic sequences and the harsh snarls. A frightening and awe-inspiring experience….

“That Cannot Be Dreamed” comes from the new Blut Aus Nord album Disharmonium – Undreamable Abysses, which Debemur Morti will release on May 20th. 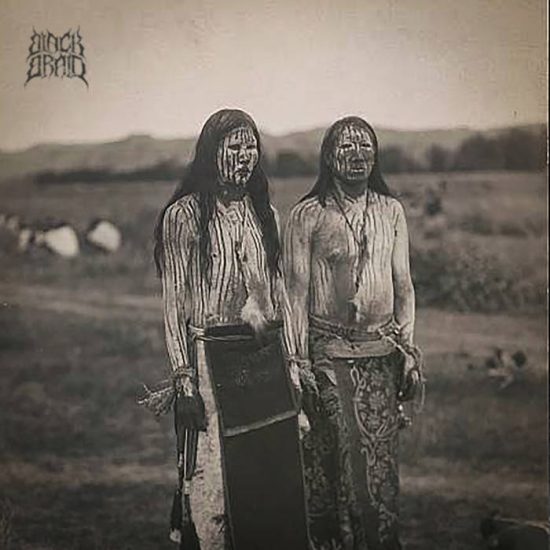 Black Braid (or BlackBraid) is the work of an individual who goes by the name Sgah’gahsowáh. He describes the music as “Indigenous black metal from the solitude of the Adirondack wilderness”. On January 1st Black Braid simultaneously released its first two singles. I discovered them only last week, thanks to links from my Serbian friend Miloš. In my humble opinion, both are fantastic.

“Barefoot Ghost Dance on Blood Soaked Soil” sends swaths of grand, grim, and despairing melody across the senses like a racing mass of storm clouds, accompanied by thrilling drumwork and vocals that scorch the earth with their screaming and roaring intensity. It’s an enormous adrenaline rush, and the emotional power of the melodies is deep and immersive. The storm does briefly abate, and then the music seems to call back to an ancient age, channeling feelings of both splendor and tragedy.

“The River of Time Flows Through Me” is the other single, and it confirms Black Braid‘s talent for braiding together sensations of thundering heaviness, neck-snapping drumwork, scalding vocals, and melodic riffing of raw emotional power and epic sweep. After a sequence of jolting blows, this one also switches gears and introduces a transfixing guitar lead. There’s fury and fight in the music, as well as feelings of tradition, reverence, and heartbreak.

Black Braid has announced that a debut album, BlackBraid I, will be coming soon. Can’t wait….

I learned of these next two songs through a Bandcamp message by the Egyptian band Lycopolis, who participated in a 2020 split with Of Two Lands. Following their recommendation, I listened to the first song below, quickly became captivated by it, and then listened three more times in a row. Later I discovered the other single.

The newer one, “Bringer“, proceeds in two related parts. At the outset, when the pace is slow, a simple mind-scraping chord progression creates a mood of desolation over a rhythmic bass pulse and bursts of heavy, pounding drums. With repetition, this doomed sequence verges on hypnotic.

About 3 minutes in, the riffing becomes wild, the bass surges in a manic throb, and the drumming becomes absolutely electric (the drumming is worth the price of admission all by itself), with raw black-metal rasping amplifying the tormented intensity. There’s a melodic connection between the dervish-like riffing in this second stage of the song and the desolate opening, which ties the track together. In the closing sequence, the sound of the guitars becomes both grand and then ecstatic, as the drummer shifts the snare to a vivid metronomic pop.

Of Two Lands released the other single (“Worth“) last year. It’s also well worth your time. Immediately and explosively unhinged, it digs its vicious blood-soaked hooks deeper and deeper as it goes. The maniac pacing is almost relentless, and the drumming is again phenomenal. I’ve included it below as well. 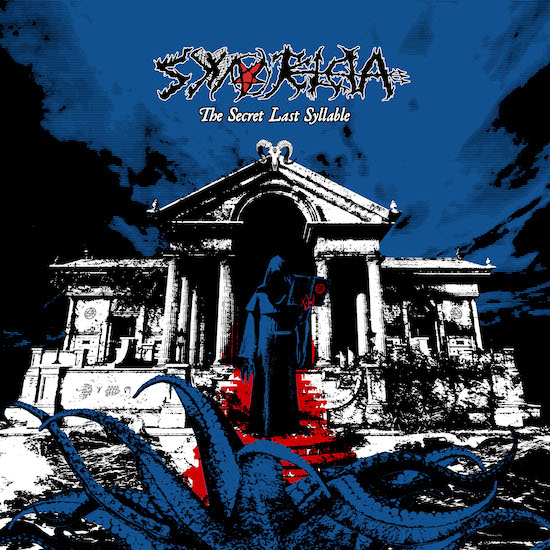 Although the preceding band is Egyptian, it’s this next song by a Greek band that incorporates an exotic oriental melody — among many other fantastic ingredients.

True to the band’s Greek origins, “Tower of Koth” brings traditions of “classic” heavy metal into play in their formulation of black metal sorcery. It creates music of perilous occult grandeur, hammering physicality, and mesmerizing mystery. There’s seduction and sorrow in the brilliant guitar solo that emerges past the mid-point, and a feeling of severe hopelessness in the riffing that follows. The bestial vocals are relentlessly spine-tingling.

All in all, it’s a wonderfully multi-faceted track and one that’s hard to shake off. The song comes from an album named The Secret Last Syllable, out on May 14th via Floga Records. 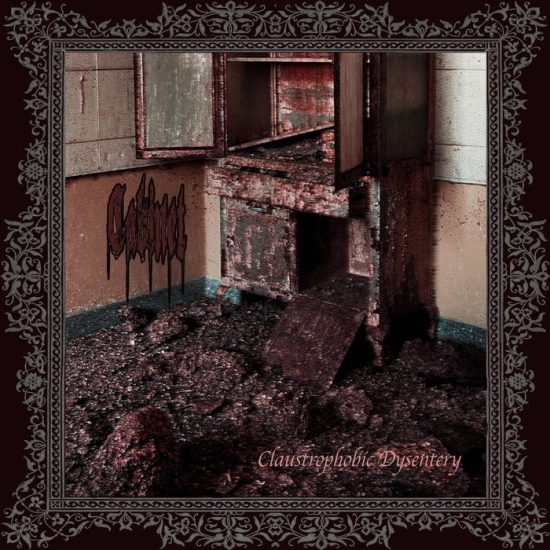 With the last song in Part 1 of today’s column I’m creating a bit of a segue to what’s coming in Part 2. This track, which has the intriguing but disgusting title of “Lilliputian Flicker of Fasciollasis“, suits the music — which is also disgusting and intriguing. And of course Cabinet would have it no other way: The band itself calls its music “Seplophobic deathmetal of total filth”.

The song here, which is the first advance track from Cabinet‘s second release, is undeniably hideous in its mauling crawl. It’s heavy enough to churn your guts and chew your bones, and it’s as cold as a rotting corpse, with vocals that are gargantuan and grotesque. But on the other hand, clarion-clear tones ring out above the abomination that’s heaving and clawing beneath it, creating a kind of magical… intrigue.

Cabinet is the solo work of Matthew Schott (from Sxuperion, Valdur, and Oreamnos). The song is from a debut album named Claustrophobic Dysentery, set for release by Bloody Mountain Records on March 30th.