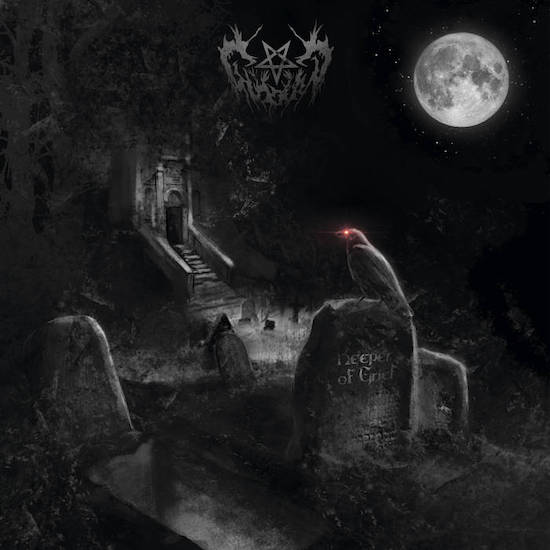 The Russian band Gvorn have made their home in the towering black castle of death-doom. They have become very comfortable there, confidently settling into a place that harbors discomfort and downfall.

The first single from their debut album Keeper of Grief showed just how comfortable and self-assured they have become. “Sounds From the Crypt” rings and rumbles, like the sounds of eerie celestial bells chiming and swirling over a monstrously heavy machine crossing a landscape of skulls. Commanding roars utter dismal proclamations from a deep abyss as the rhythm section slowly stomps and crushes and the chords wail and moan.

Agony spreads from the music like viscous leaking blood, but the band also create visions of cold, imperious cruelty and of soaring but chilling splendor and lonely grief. In its closing minutes, accompanied by the sharp crack of the snare, it becomes vast and utterly spellbinding.

That first song from the album is a towering success, proudly revealing the influence of such giants of the genre as My Dying Bride, Evoken, Ahab, and Inborn Suffering. It has been out in the world since 2019, and thus it has taken some time for the band to finalize the other four tracks on Keeper of Grief. But the results show it was time well spent, as you’ll discover when you listen to the second single that we’re premiering today.

“Demons In Me Laugh” may seem like an unusual name for a death-doom song. Laughter of any kind, whether demonic or not, isn’t the kind of experience for which the genre is known. But have no fear, what Gvorn proved on their first single, they’ve further solidified with this second long song. 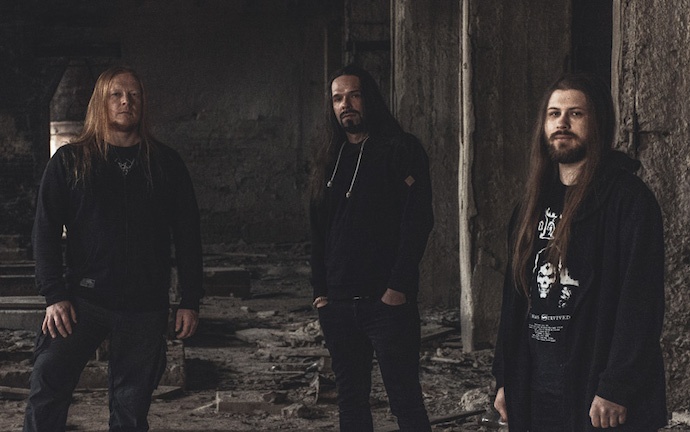 Their talent for creating elegant, heart-felt melodies of sublime sorrow comes through immediately, and the vocals are as gargantuan and ravaging as before.Over the course of this new long song, the band also lead the listener through seamless changes in mood and power. The music becomes both more desolate and more destructive. It will bend your neck and cause your muscles to twitch as it transforms into a jackhammering juggernaut, but will also cause hearts to fall as it crawls through dank caverns of hopelessness.

As in the first single, the band also provide softer moments — which here sound unearthly and despairing — and they again weave sublime but haunting spells that make it easy to lose track of time. But this song, even more so than the first one, seems to leave no way out of its dark, descending labyrinth. It’s mesmerizing, to be sure, but its feelings of tribulation and despondency are dominating.

Gvorn hail from Yekaterinburg. Their current line-up consists of Valery Potekhin (vocals), Roman Nadein (bass, backing vocals), and Ivan Vorozhko (guitars), though when the album was recorded they were also joined by Sergey Semenov (guitars) and Anatoly Kompanets (drums).

Keeper Of Grief will be co-released on April 19th by Satanath Records (Georgia) and Kuyen Producciones (Chile). For more info, check the links below.