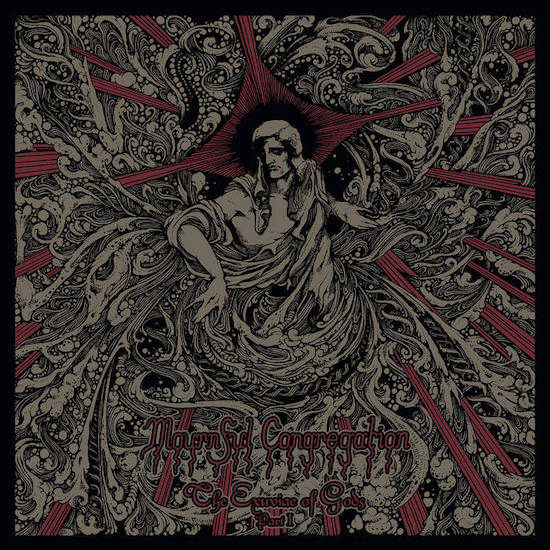 (Wil Cifer wrote the following review of a new album-length EP by the Australian extreme doom band Mournful Congregation. The first in a two-part series of EPs, it will be released by 20 Buck Spin (North America) and Osmose Productions (everywhere else) on May 27th.)

When it comes to sub-genres in metal, funeral doom is one of my favorites. It is typically the more depressive of the doom sub-genres, though just playing at a dopamine-draining tempo is not the requirement to excel in this style. With any form of extreme music, the oppressive heaviness might be enough for the first song, then after that it boils down to the question, “But can you write a song ?”

Here is what puts this Australian band at the top of the funeral doom heap. They might even be the best, though Evoken is neck-and-neck with them. In saying that it means my expectations are high. What I hoped for was a new full-length album, since it has been four years since their last release. The reality is this is the first of a two-part series of EPs. We are getting three songs, one of these being a reworking of a song from their 1995 demo tape. Which, considering that was 27 years ago, makes this for all practical purposes a new song. 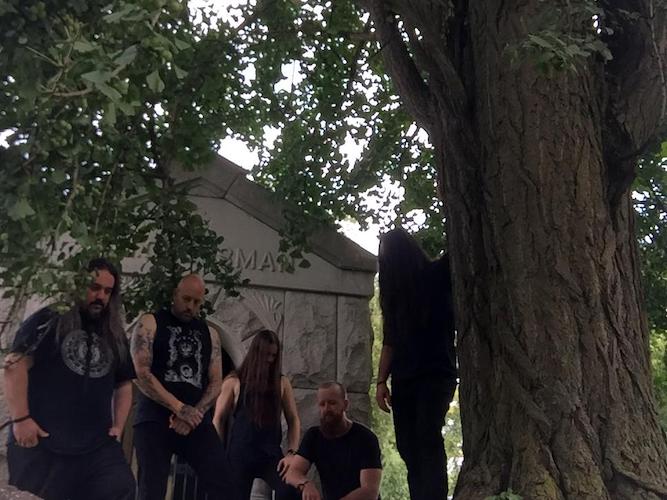 The next part of this equation I sometimes have a harder time accepting, and not only with these guys: The nature of this genre is the droning length of the songs. The first song here is fourteen minutes long and the last is almost sixteen. Granted, the justification here is funeral doom bands play at such slower tempos, and the drone is what gives it some of the wandering bleakness.

I do feel that this still requires funeral doom bands to vary the atmosphere and work off sonic layers that bring something more interesting than just a looming sense of misery. We are not looking for pop radio edits here, but songwriting is more important than just creating a sound. Mournful Congregation do this in a way that is not burdened by overindulgence nor becomes too sprawling.

If we consider where they left off with their last album, then on the first song it sounds like the band have stepped back into something more in line with their early sound. It works more in the realm of traditional metal in terms of the attack. It was their Book of Kings album that made me a fan .It was sonically heavy as much as it was metal heavy. Here, things are rawer and make it feel more like a slower take on death doom. Where they win out at the end of the day is that they are great musicians who breathe new life into what would otherwise just be super-slow death metal, with some melancholy too. On the last song, there is more of an ebb and flow rather than a steady stream of heavy, which gives it more of a doom feel, However on the first song I think it is written in a way allowing the guitar to shine more.

With three songs I am surprised to find that the title track is a rather mellow instrumental. Played any other way, it would be more of an interlude rather than a freestanding work of its own. Yet in the seven minutes dedicated to this they unfold some pretty stunning guitar work. I might have preferred this to have been part of a song with vocals but for what it is it works well.

The last song is the one from 1995, and it is amazing that they were playing this sort of thing back then, as the ’90s were not the best time for doom. Sure, it existed and you have bands like My Dying Bride and Paradise Lost defending the faith, but for the most part it was a more Sabbath-infused genre. The vocals here are low and spoken, bringing Evoken to mind. Yet overall it still works well and is great music for a rainy day reading the news of the world.

Might not be their best work, but it is better than anything I have heard from this sub-genre so far this year. Fans will be thankful the band awoke from their four-year break to crank this out, as it is an impressive dash of hopelessness with which to afflict willing ears.

One Response to “MOURNFUL CONGREGATION: “THE EXUVIAE OF GODS — PART I””