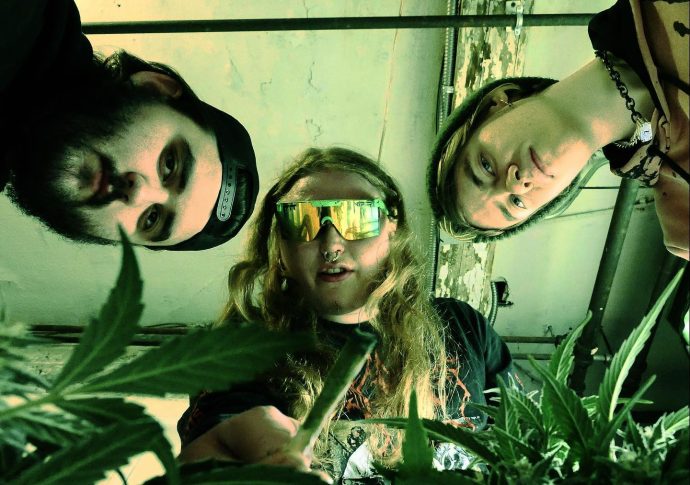 (We welcome a new writer to our putrid site, one who goes by the name fetusghost, and we’ll let him explain his particular interests in his own words.)

Hello, friends, and welcome to the first of hopefully many Bong Metal Round-ups. Bong metal, of course, is heavy metal from bands who have ‘bong’ in the name (eg, Bongzilla, Bongripper, Belzebong, etc). If pornogrind can be a genre, then why not bong metal? The round-up part comes from the fact that getting high leads to missed deadlines, so everything covered here has already been released and awaits your ears and hard-earned dough.

On another heavy metal website, staffed by fine and handsome writers, on the twentieth day of the fourth month of the (very shitty) year of 2020, I wrote a Bong Metal Primer. Having taken a hiatus and switched teams since then, it’s now back to the bongs for this dumb writer. I chose to focus on the underground (ie, I didn’t cover Weedsconsin, which is not Bongzilla’s best, but it’s still an excellent album and we should all be delighted that they are active again), and highlight each band’s most recent release.

As a final note before we do the damn thing, I would like to humbly request your suggestions and recommendations on all things bong metal/stoner metal/weird metal/etc. Holler at me in the comments, or send your electronic mail to bongmetal420@gmail.com, and gimme those sweet streaming links! Bong metal bands take precedence of course, but sharing awesome underground metal is my love language.

Now pack a bowl/hit the vape/roll a fatty, and join me on a Bong Metal Journey! 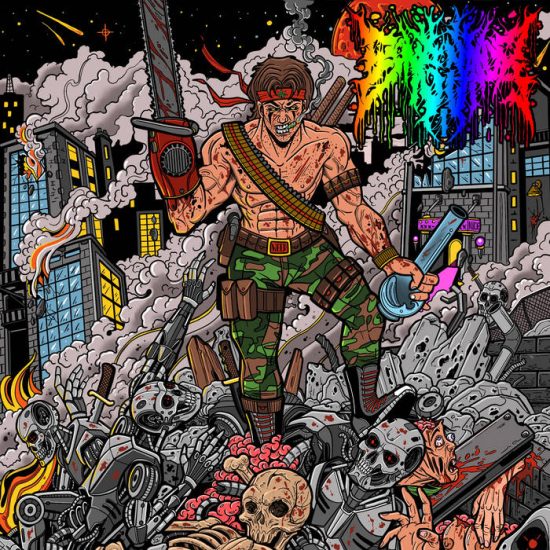 First off, please stop and admire that bitchin’ cover art. Buckle up, Doinkinite, because only YOU can go back in time and prevent the Bonginators from destroying the world or whatever. Bong in hand. Chainsaw as other hand. Weedsmoke in lungs, giving you the power to… stop the evil Bonginators… with the power of, um, [checks notes] smoking weed? “You must save the world / by smoking weed!”

Look, I don’t make the rules, but surely Bonginator (the band, not our mortal enemies) wouldn’t lie to us. “Intro” sets this stage with an ’80s action movie-style narration of the dire circumstances facing you, the hero. If self-insert fantasies about being Rambo and smoking all the marijuana are your bag, you are in the right place, friend.

The first three tracks of this lovely EP also comprise Bonginator’s debut demo of brutal death metal, while the final three songs of T1986DCM are new, and even more slammy and thrashy. “War, On Drugs” is not only a brilliant song title, it’s a fantastic start (after instrumental “Interdoob”) to the second half with incredibly ignorant slamz and vicious tech-death blasting. The coherent vocals remind you that this is indeed bong metal, before devolving into classic brutal death pig squeals to end the track.

Fumigate your brain with Bonginator, and disrespect your surroundings to The 1986 Doink City Massacre. If we’re lucky, Mr. Erik “Genius Weed-Smoking Astronaut” Thorstenn is just getting warmed up with this unserious but seriously awesome project. 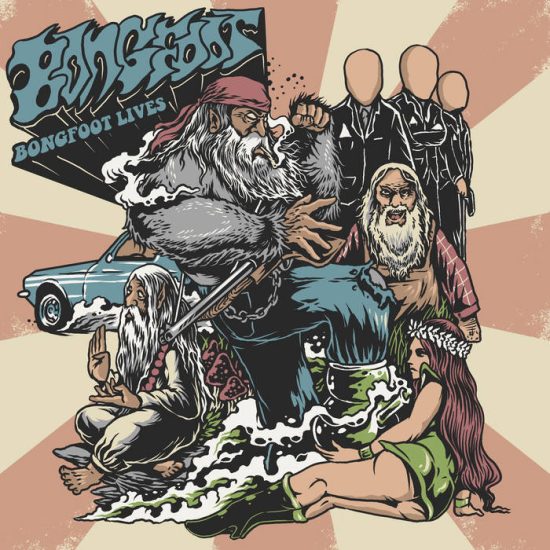 Next on our list, from the Great Smoky Mountains (ok, Boone, NC, but it’s the same mountain range and we’re talking about smoking, so just go with it) comes Bongfoot, appearing fuzzily amongst the trees before coming sharply into focus with some excellent bluesy, sleazy rock and fucking roll. Being stoned is clearly encouraged, but maybe a good sativa strain with some pep. You should be flying down the highway in a convertible, top down and fist pumping to thick but nimble riffs, and fun lyrics. Speaking of, give “Blood Orgy” a listen. Whatever you think it’s about, you will be wrong, but hopefully as delightfully surprised as I was.

Bongfoot knows how to party, loves cryptids (and real animals), and demonstrates the diversity of bong metal. Bongfoot Lives indeed! 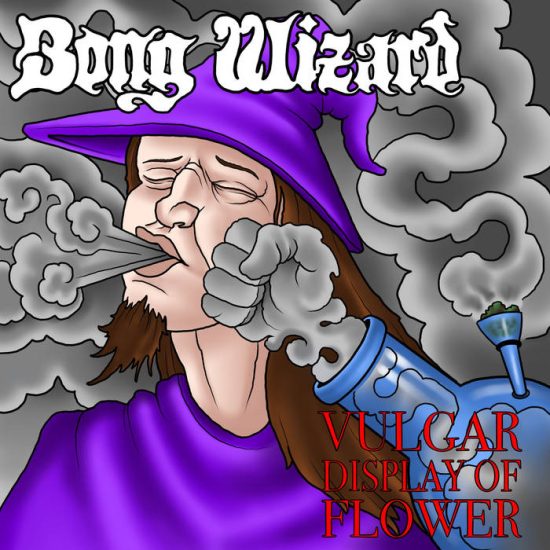 Are puns mandatory for bong metal? Does the pope smoke weed in the woods? Huh? Bong Wizard‘s deftly blended hybrid of Sleep and Bongzilla has only gotten more cohesive and confident since they arrived on the bong metal scene in 2020. On second LP Vulgar Display of Flower, with song titles that should make Cannabis Corpse proud, Bong Wizard cast their shadow and weave their spell in just over half an hour.

“Smell Awaits (Mozart’s 8th)” sets a high bar to introduce the album, a spiritual cousin to the Slayer classic with a concise, dramatic keyboard and guitar intro. Drummer Thomas Meeks, who mastered previous EP The Bong Remains the Same, joins mastermind Justin Liles for VDoF and the chemistry is evident. Bong metal should be groovy, of course, but Bong Wizard creates countless infectious grooves, like the rumbling wind-up at 4:42 that falls headfirst into the final chorus of the aforementioned first track.

Just like you can hear when someone is smiling over the phone, you can tell Bong Wizard is having a blast, playing it appropriately loose, with plenty of Weedeater swagger. Being along for the ride is part of the thrill with Bong Wizard. Does a 33-minute album need an instrumental interlude? Of course not, but then again, “Seasons in the Cannabis” fits perfectly with bendy, reverbed notes floating across your consciousness. What would normally be filler actually leaves me wanting more, until “Spliff Burton” kicks the door in with some blues riffing Down worship and tribute.

Now, you’re welcome to see the excessive name dropping and songs referencing heavy metal’s elite and call this unoriginal and lazy. Or, you can pull the [Thai] stick out of your ass and recognize a love letter when you see one. Bong Wizard’s mission since day one has been to pay respects to all the bands that paved the way for bong metal, rock the fuck out, and of course get really high. How could anyone object to that? 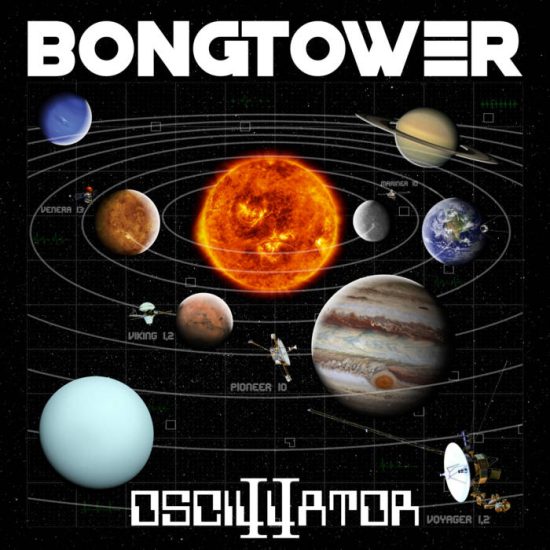 Bongtower combines two of my very favorite things: space metal (metal about space, duh) and bong metal. They entered the scene in early 2019 with Altered States, seeking only to get high in the heaviest way possible. But after getting stoned and going down Wikipedia rabbitwormholes about the space race (I assume anyway, since that’s what I like to do), they created Oscillator and told the tales of their Russian countrymen and American counterparts as mankind left Earth and eventually landed on the moon, and included a cover of the classic Bowie track “Space Oddity” as a closer.

Oscillator’s musical momentum is hampered a bit by historical recitations and samples, but the concept is killer. In this writer’s humble opinion, adding clean vocals and going for a bluesier, stoner rock sound on follow-up album Last Summer Days was a bold move that didn’t quite work. But fortunately for me, space is really big, and there are plenty of untold stories that caught Bongtower’s eyes.

Enter Oscillator II, with stories and crushing riffs about humanity’s exploration of our solar system. Number two has more educational voiceovers from the band, but “Venera 13” also includes the most far-out sample possible, a recording from the surface of Venus. Sure, it mostly sounds like static and noise, but it’s also a recording from another fucking planet.

If you want to learn some basic history of space exploration, and want a danker soundtrack than Holst‘s orchestral suite, then Oscillator II may certainly suit your needs. For you bong metal fans who crave only riffs, the band helpfully posted a “no narration” version of the album on Spotify, but it’s still an hour and ten minutes long. 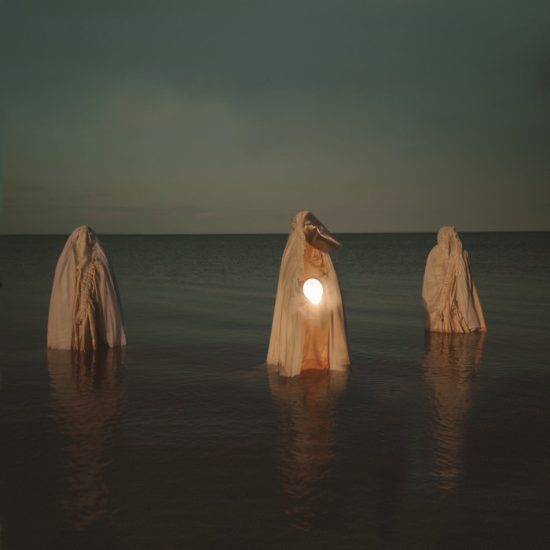 Holy Epic Doom, Bluntman! B3W’s first proper EP, sandwiched between a rehearsal demo and a live recording, was serviceable, but it lacked an elevated sonic identity to match the dope name. Well, friends, Albong is here to open your third (very red) eye. Our German drugalcoholmagic appreciators have scraped together the dankest, stickiest resin ball, and set it aflame for all our benefit. As they’re described on Bandcamp is exactly what they deliver: “Heavy Meditation / Summoning the Endless Waves.” And speaking of red, the band pushes their sound well into it with crushingly heavy riffs, plodding destructive drums, and a variety of vocal chants and shouts.

Like “Seasons in the Cannabis,” Albong has its own intriguing interlude, “Journey,” with shoegazey fuzz and ethereal vocalizations that I would love to hear more of. But songwriting balance, and the adage of “leave them wanting more”, drive BongBongBeerWizards to get weird and intense again quickly with “Meathead.” After an ominous intro, the riffage comes crashing back in.

The entire EP is over in less than 30 minutes, but the emotional impact lingers. B3W incorporates enough unexpected electronics, tones, and even a little saxophone in closer “Summoning” to keep the listener off-guard, even though the core of their sounds is pure Bong Metal. And should you also feel left wanting more of that heavy meditation, keep watching these digital pages for my upcoming review of their debut full-length, Ampire, coming out June 24th.

One thread connecting many bong metal bands is that they start as a dumb joke and some puns, but the musicians involved just can’t help but give their best. EPs and demos give them a chance to find their sound, and whaddya know, identities emerge and half-baked tributes become unique flowers. Bong metal is a beautiful thing, and much like fishing, even a bad day bong metalling beats a day in the office.

So that rolls up our first edition, and I hope you enjoyed yourself. For more (semi-regularly updated) bong metal, turn on Spotify, tune into my Ultimate Bong Metal playlist and drop out: