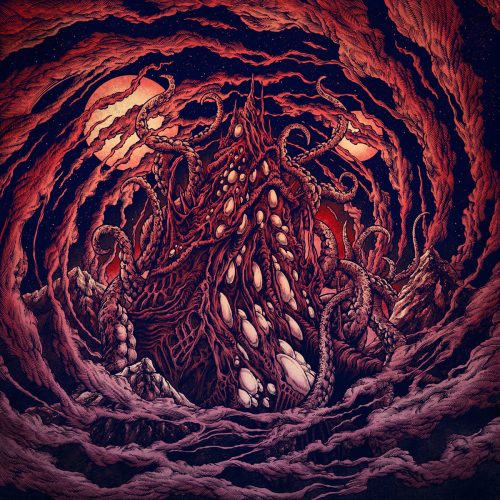 Call me an elitist if you will (though I think my track record would prove otherwise), but it’s both amusing and exasperating in equal measure to see people whose knowledge and awareness of Black Metal is… let’s say, limited… suddenly acting like an authority on the genre simply because their favourite rock star decided they wanted to dabble a little.

Don’t get me wrong, I actively welcome new blood, new voices, new ideas – the last thing I want is for the genre, or any genre, to become creatively stagnant – but maybe try and actively learn something about the scene, and all the bands who’ve been actively innovating within it over the years, before making wild, misinformed declarations that make you sound like an ignorant jackass?

Also, let’s face it, a lot of the time when people say “best” they really just mean “most accessible”, and while “accessible” doesn’t necessarily mean “bad” (I can give you umpteen examples of bands who actively got better once they started producing their more “accessible” material) it’s also worth pointing out that just because something is easy (or easier) to listen to that doesn’t necessarily make it good either.

This album, however, is most definitely not an easy listen… but, then, anything this good rarely comes easy.

Much like its grotesque, eye-gouging artwork (courtesy of Maciej Kamuda), Undreamable Abysses is a monstrous creation of many twisted, tangled parts, one which defies easy categorisation through its wilful embrace of sheer sonic excess.

Sonically and structurally, each song is presented as a visceral wall-of-sound – the band themselves describe their music these days as a form of “bleakly-maximalist harmonic unease” – more akin to a musical score, a sinister soundtrack to a series of horrifying visions projected directly onto the inside of your skull, where all of the elements play an equally important role in setting the tone and the mood of each scene.

This is particularly obvious if you pay careful attention to the vocals during songs like obscene opener “Chants of the Deep Ones” and the swirling, hypnotic “Neptune’s Eye”, where the harrowing howls and haunting harmonies sit deep within the overall mix and serve as just one tantalising thread among the maddening multitude which make up the album’s tormented tapestry.

Digging a little deeper, and picking through these threads, you’ll find that although Undreamable Abysses certainly builds upon the psychedelic, almost stream-of-consciousness approach of its predecessor, 2019’s Hallucinogen, it also incorporates aspects of the post-human, post-industrial vibes of The Work Which Transforms God (“Into the Woods”), alongside an unsettling ambient aura clearly derived from the group’s more experimental 777 trilogy (“That Cannot Be Dreamed”).

And yet it never feels like an album looking backwards… rather it takes all of these ingredients and pushes them further, intermixing and interbreeding them and exposing them to hideous pressure in order to force them to evolve into new and unnameable shapes, which the band then brand with lurid, Lovecraftian symbolism designed to impose form and function onto the crawling chaos which they’ve created.

Is this the first time that Blut Aus Nord have engaged (directly) with the work of H. P. Lovecraft? My instincts say yes, although I’m willing to be corrected on that. Either way, however, the latter’s formless, unfathomable fear of the ineffable and the un-knowable proves to be a perfect match for the former’s increasingly enigmatic and inscrutable approach to anti-cosmic audio horror.