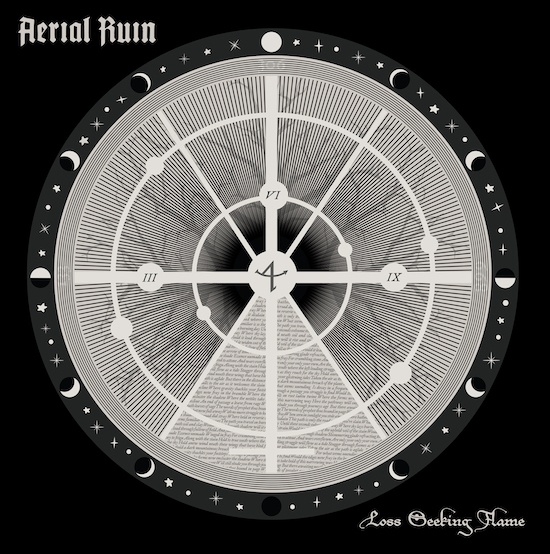 Among the many little tortures that afflict those of us who write for NCS (and no doubt other metal writers, or at least those who don’t work by assignment) is the failure to cover all the releases we really enjoy. Despite our most ardent intentions, we just don’t always follow through. Time is scarce and time is fleeting, and sometimes the impulse to keep moving forward to the next new thing means that we leave something else behind.

You’ll notice that some of us find ways to play catch-up, at least briefly turning our gaze away from the future horizons to recommend records that have been out in the world for a while. Sometimes those are records we overlooked, but sometimes they’re records we meant to write about and for whatever reason failed to do so.

And so I decided to play a bit of catch-up today, focusing on two DIY records released in March (one an album and the other a split) that I meant to write about much earlier. At least in the case of the first record, I took some significant liberties with the usual focus of this Shades of Black column, though I think our usual Sunday visitors will still leave feeling satisfied.

The name of Aerial Ruin‘s latest album forecasts the moods of the music. It moves in the shadows of sorrow, in search of fires or rays of sun that will light the way. It seems to provide encouragement in that quest, but also seems to acknowledge that desire is fragile and that fires will burn as well as provide illumination. Arrows and wings may arc upward, but their arc inevitably will descend. 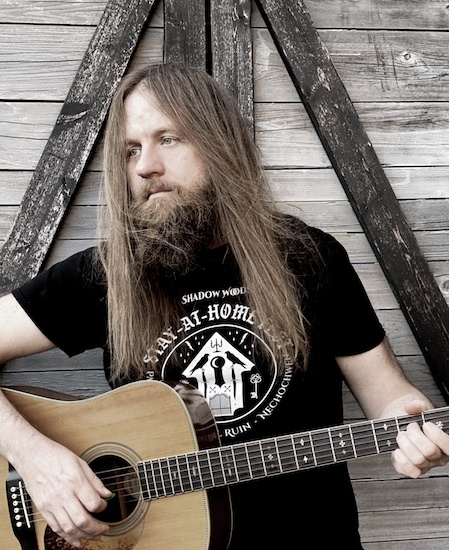 Those questing and questioning themes come through in the poetry of the lyrics, which are full of metaphors (gravity shackles footsteps, stones will crumble, gardens are doomed to die, singed wings will strain no more to soar) and well worth reading apart from listening. As you can tell, they do get very dark, and are ambiguous about what lessons might be learned in the quest for beauty and betterment, and about whether the quest will ever have any good end, or bring only frustration and fatigue. But hell, that’s life in a nutshell, isn’t it?

The music, as they say in the trade, is deeply immersive. Its power, which is formidable, derives not from the channeling of earthquake upheavals and typhoon torrents but from how remarkably well the songs chart paths through glimmering shade into the splendor of light and the blindness of night. It does that through tapestries of acoustic guitar melody and the purity of Erik Moggridge‘s wide-ranging but perpetually haunting voice, both of them given just enough reverb to make them sound more magical, and layered in ways that create captivating and sometimes breathtaking harmonies.

Especially on the album’s first three tracks, old-timers among you may get flashes of Crosby, Stills & Nash at their most introspective and beautifully somber (this old-timer did). They could pick and sing in ways that earned their fame, and wrote songs that stayed rooted for generations. So the comparison is intended as high praise. The songs on Loss Seeking Flame are also beautifully performed, and if you’re open to music that doesn’t hammer your neck and scathe your ears, they may sink deep roots too. 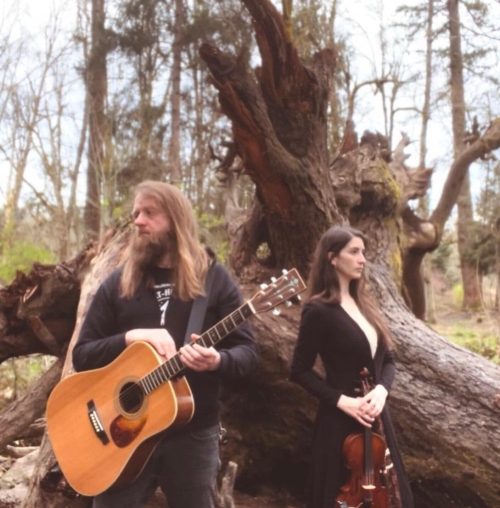 “Ideation“, the closing track, is 21 1/2 minutes long, and a different kind of experience from the first  three. It includes violin music composed and performed by Andrea Morgan of Exulansis, which gives this long song an unearthly aura and makes it even more spellbinding. And the song is indeed a spell, one that at its zeniths carries the mind far away from the earth, thanks to the ethereal shimmer of Morgan‘s violin and the cascading wails of Moggridge‘s soaring voice.

The song’s significant length increases the depth of the spell, and even more so than the first three tracks it makes it easy to lose track of time as it ebbs and flows.  When it ebbs, its heartbreaking beauty is capable of bringing tears to the eyes. When it flows, one imagines spirits ascending.

Let yourself be alone and in a peaceful place when you hear this album, to become lost in it without distractions. Wake later, as if from an indelible dream. 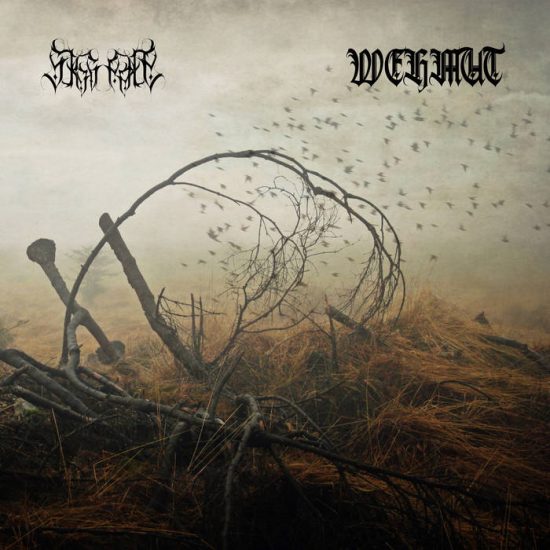 The second record I decided to catch you up to is a split by two German bands, one I’ve written about before and one that for me is a new discovery. The former is Skognatt, the latter is Wehmut.

Each band names its own side. Skognatt‘s is The Swarm, and you can get some clues from the song titles — “Volcano“, “The Swarm“, and “Tornado” — about the coming intensity of the music, but it may not be entirely what you think it will be from those titles.

I’m not cruel enough to hit you with ravishing intensity right after Loss Seeking Flame. The entrancing acoustic guitar instrumental that opens “Volcano” is just enough of a segue to salve my conscience, and in their own way the sorrowfully dreamlike melodies that flow through the song also create a linkage to Aerial Ruin‘s work. Moreover, while those dark and entrancing melodies sometimes ring through episodes of hammering drums, pulsating bass, writhing riffs, and scalding snarls, the music also ebbs and flows, becoming ethereal and soul-stricken as well as feverish.

If you don’t already know, you’ll figure out from the opening track alone that Skognatt isn’t chained to all the usual tropes of black metal, and freely draws from other (non-metal) genre well-springs to create its melancholy moods in such enthralling ways. In the other two songs, acoustic guitars reappear, the melodies continue to ring with clarity, the drum rhythms rock and rumble as well as (very sparsely) blast away. Moreover, “The Swarm” features a captivating performance with a guitar that sounds like a violin, and the soft echoing interlude in “Tornado” is completely mesmerizing.

The songs channel tormented and crestfallen moods, but despite the preponderance of dark and damaged emotions, the music is nonetheless completely beguiling.

A few other notes: The lyrics on “The Swarm” come from the writing of Herman Hesse, and those on “Tornado” from Emily Dickinson. Skognatt is a solo project, but the drums here were performed by Gerileme.

Wehmut is another solo project (the work of one Johannes Rieß). Its first release was a debut album last year named Catharsis, and this split marks the band’s second release. Wehmut’s side is named November, and it also includes three tracks.

From these three tracks it’s clear enough that Wehmut is a kindred spirit with Skognatt, at least in the sense that depressive currents run through Wehmut‘s turbulent sonic waters. And those waters are indeed turbulent, with hurtling drums, tumultuous bass lines, and ravaging screams creating the rapids. But in contrast to all that, the melodies on the opener “Traum“, while stricken in their moods, sweep and soar with shimmering and searing brilliance, like vast waves of tragic magnificence.

Of course, it’s not the first time that an atmospheric black metal band has portrayed anguish with cascades of such sweeping splendor and crystaline brilliance, but there’s no doubting the power with which Wehmut does it. “Traum” also reveals another side of Wehmut‘s sound when it diminishes near the end, and moves out into ambient astral planes that are wondrous in a different and more chilling way.

“Traum” sets the path, and “Krank” and “Todeswunsch” follow it. They too bring immense symphonic sweep, creating sprawling vistas of inner calamity, abandonment, and yearning, sometimes with steady and stately rhythms and at others above a surge. At all times, the vocals remain a larynx-lacerating outpouring of fury and despair. And again, Wehmut picks its moments, suddenly, to shock with softness, like the solitary wandering bass notes at the end of “Krank”.