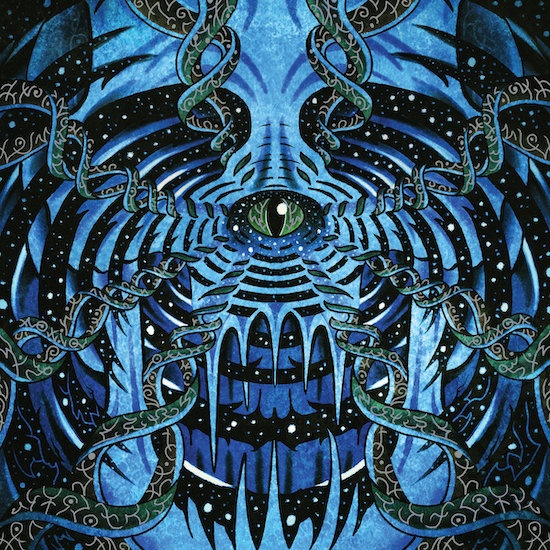 The Translation Loss label has repeatedly demonstrated eclectic but dependable tastes, and we have a further vivid reminder of that in the album Spiritfraud that they’ve set for release on July 15th.

This album is the second full-length by a classically trained, avant-garde black metal duo who call themselves Xenoglyph. Conceptually, as the band explain, Spiritfraud is written in call-and-response format “as a dystopian cosmic journey between humans left on earth after technology and robotic overlords have taken reign”. It presents “an inverse relationship between technological advancement and the relevance of humanity, illustrated in a narrative where digital beings want to expedite their own evolution by means of stealing human dreams”.

Yet this tale is clearly presented as a metaphor that confronts us with a choice in the modern age: “Unbeknownst to man, humanity’s spirit has been drained from our collective consciousness by the very technology that we invented (an inevitable consequence of even existing in the 21st century) and replaced with a shadow of our former greatness. The only way out is to channel and meditate on the strength of the cosmos – the only constant in our world”.

With themes as expansive and visionary as those, one would hope for music of a similar scale and imaginative power. As you’ll discover through our premiere of the song “Iconocide“, that hope has been fulfilled. 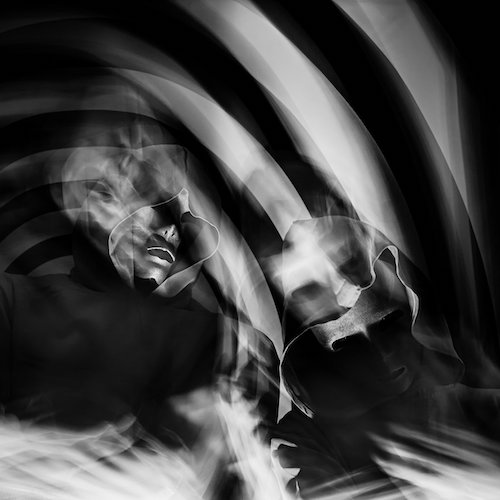 Xenoglyph tell us this about the song’s conceptual themes, which are expressed in lyrics that are eloquent and evocative in the warning they provide:

“Humans wake to realize they are living in a robotic hell – as a consequence of our own actions. ‘Pleading for a struggle to endure’ – we exchange our dreams and consciousness to continue our idolization of technology. The human race must decide – do we pay to be controlled and survive as a facsimile of our former human glory, or self destruct with one last shred of dignity into a sovereign oblivion and become one with the cosmos.”

“Realizing we have a choice to make – a pale shadow of our former selves, or by our own will and with dignity in death, becoming one with the infinite.”

And now for the music itself:

Over the course of almost 8 1/2 minutes, Xenoglyph take us on a changing, almost labyrinthine, excursion that ranges from the primal to the mystical, one that punches the body and causes muscles to twitch but also sends chills down the spine and sets the mind spinning into stellar visions. It seems rooted in primeval soils but sets its sights on the future.

At the outset, guitars that growl, snarl, ring, and swirl create an experience that’s both menacing and magical (though it’s a dark magic that’s being practiced here). As the drums clatter and rumble, the music soars and wails, becoming expansive and cinematic but still dire and daunting.

Yet this is only the first of many movements. We turn a corner into brazen, head-moving riffage, jolting bass grooves, and rabid howls, yet still surrounded by eerily swirling tones, and then turn again into an amalgam of hammering percussion and panoramic melody with a mood that’s as melancholy as the scale is sweeping. The pacing also lumbers and lurches under the livid head-moving pulse of the fretwork and those scalding vocal tirades.

High piercing tones continue to swirl and flicker in extravagant fashion, even when the primal rhythms are converting heads into pumping pistons, and the splendor of the borealis-like musical cascades above it continues to spawn visions of mystery and wonder, as if to portray for us our potential.

Spiritfraud‘s stunning album artwork was hand-painted by Xenoglyph. Translation Loss will release it on two limited-edition vinyl variants as well as digitally. You’ll find further info via the links below, and we’re also including a stream of the record’s previously released title track — which is as deserving of your time as the song we’re premiering today.