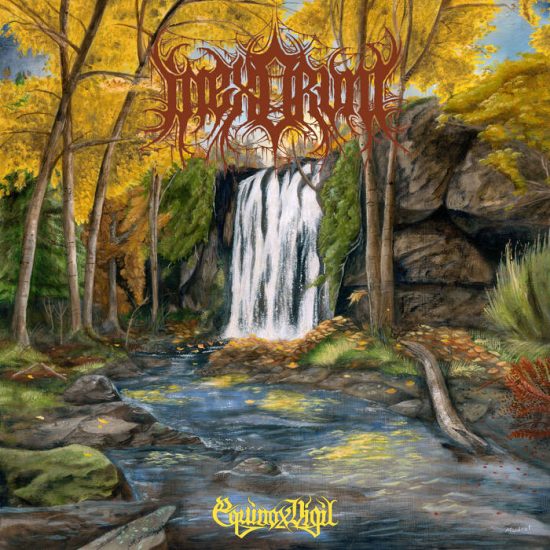 I had the pleasure of seeing Carl Sk performing with Obsequiae at the afore-mentioned Northwest Terror Fest. It was a reminder of what a great band that is, but also a reminder that I had failed to help spread the word about the new album from Carl‘s band Inexorum. That album, Equinox Vigil, was one of my picks for that June 26th installment of this column that never got off the ground, but it would be shameful of me to let any more time go by without urging you to hear it if you haven’t. 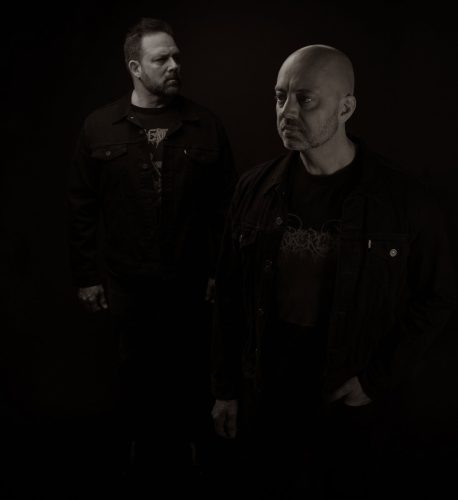 On Equinox Vigil Carl was aided by Matthew Kirkwold (who performed bass and clean vocals), by Obsequiae’s Tanner Anderson (who performed a guitar solo on “Secret Language”), and by d.notive (who gets the credit for a synth solo on “On The Last Day”). The album was released on June 17th by Gilead Media, and it has justly earned extensive praise in the metalsphere, both before and after its release.

Equinox Vigil is full of heart — which is to say that it overflows with un-forced passion. That feeling comes through in both the frequent passages of full-throttle electrification and moments of more expansive sweep or beguiling poignancy. The opener “Creation Myth”, for example, will get your own heart racing as it rocks and blazes, while “Secret Language” sounds like an anthem, somehow both introspective and exultant.

Both of those songs also vividly display another quality that marks the album as a whole — the songs immediately stick in the head, and stay there. Whether Inexorum is exploding in furious musical extravaganzas that ring and ravage or spawning sweeping vistas in the mind, the beautifully crafted melodies are memorable (including the many dual-guitar spectacles and the soaring clean-sung choruses that surface in songs like “Until There’s Nothing Left”), and they help call you back to these tracks like the siren-songs of old.

Speaking of which, the melodies often seem to time-travel, incorporating the strains of ancient music into frameworks of fiery turbulence and sky-spanning sweep, and partnering them with arena-ready heavy metal riffs of the kind born a handful of decades ago.

But to be clear, the songs punch damned hard too, propelled by viscerally powerful rhythmic drives that swagger, pound, and hurtle. That also explains the songs’ pervasively infectious appeal.

There are moments across the album that bring in dark and downcast moods, but the overall impression left by Equinox Vigil is one of expansive glory, a reveling in the joys and wonders of life, or at least that’s how I hear it. It lifts my spirits every time I listen to it. I hope it has the same effect on you. 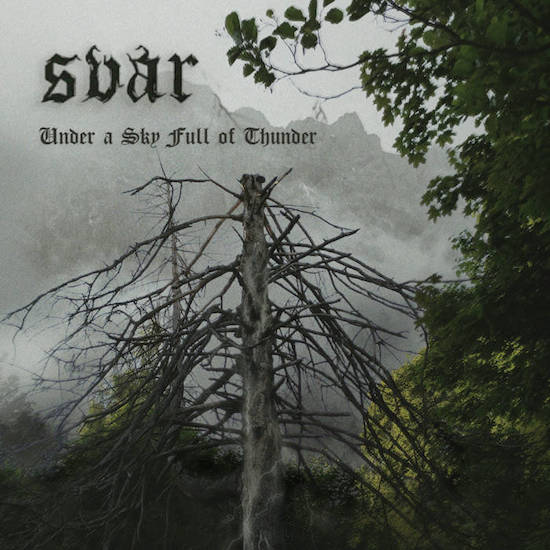 This is another band (the solo project of Krakow-based Kamil Bolesta) whose music I intended to write about two weeks ago. At that time I intended to focus on an advance track from Svar‘s new EP, Under a Sky Full of Thunder, but in the interim the entire EP has been released.

As Mr. Bolesta explains: “It is a concept mini-album focused on the Slavic god of thunder – Perun and Slavic beliefs about lightning. The EP consists of 4 tracks, where the last one is instrumental. Each song tells a separate story related to the aforementioned theme”.

As you might expect from that description, these four tracks present musical visions of glowering grey skies, gale-driven deluge, and sky-splitting voltage, accompanied by harsh growls, heavy undercurrents in the low end, neck-snapping snare-work, and tempestuous double-kicks.

The rapidly-trilling and slowly-flowing leads, often layered in beautifully crafted harmonies, similarly channel a range of moods — gloomy and sorrowful, but also fearsome, feverish, and fire-bright. Some of the riffing and hammering percussion will give your spine a swift jolting, and the scintillating solos drive the music to even greater heights of pulse-pounding spectacle and soul-stirring melancholy. And like the Inexorum album reviewed above, these songs also get stuck in the head.

The EP owes a debt to old-school heavy metal as much as to the savage thrashing aggressiveness of black metal and the bestial growls of death metal, and it’s all the better for that. 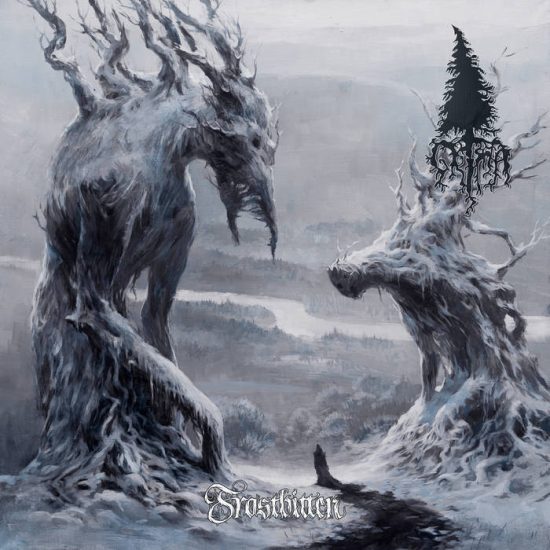 As you might have guessed from the relatively few number of entries in this week’s Shades of Black, I didn’t have as much time as I’d hoped to get this finished, due to a bunch of other commitments today. That made it even more spectacularly difficult to choose some even newer music than what I’d planned to write about two weeks ago. What I chose (impulsively) is a new song and video from this Russian band.

Named “Giant’s Eternal Sleep”, and presented through depictions of the macabre-masked performers in mountainous and cavernous settings, swathed in shades of red and black, the song’s clarion-clear guitar melodies are almost immediately mesmerizing, and the song as a whole remains so, even as it rises to a towering extravaganza and the throat-cutting snarls become uncaged.

There’s fire and fury in these sounds, from the jet-fueled blast-beats to the scalding vocals and the brilliant flashes of bonfire riffing. But the song also has vast sweep and stricken moods, presenting anguish and desperation on a monumental scale. It all takes the breath away.

The song is from Grima‘s fifth studio album Frostbitten, which will be released by Naturmacht Productions on July 29th. It’s described as a concept album that “will introduce listeners to the transformation of human consciousness that only becomes possible through long detachment from the fruits of modern civilization”.