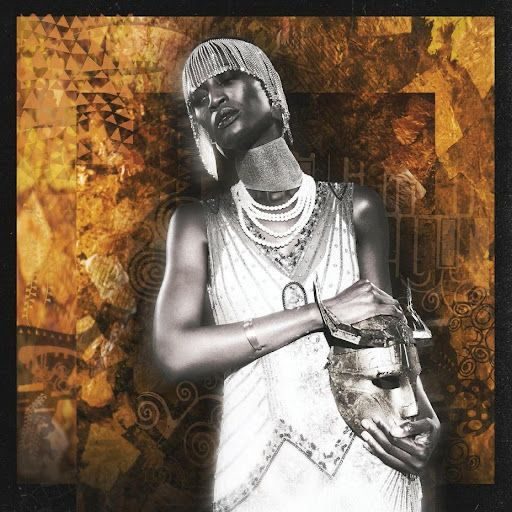 All that glitters is not golden… or so they say. And Imperial Triumphant have spent the last several years peeling back the gilded veneer of New York city to reveal the rotten apple beneath.

Along the way they’ve continued to push the boundaries of Black Metal – both sonically and structurally – to the point where it’s debatable if the term even applies to their music any more.

Of course, the issue with constantly pushing boundaries like this is that you rarely have time to stop and take stock of who and where you are, with the result being that the idea of external progress often trumps the possibility of internal growth.

Which brings us to Spirit of Ecstasy, an album which – unexpectedly – finds Imperial Triumphant looking more inwards than forwards, seemingly more at home, more at ease, more comfortable, in their own shining skin then ever before. 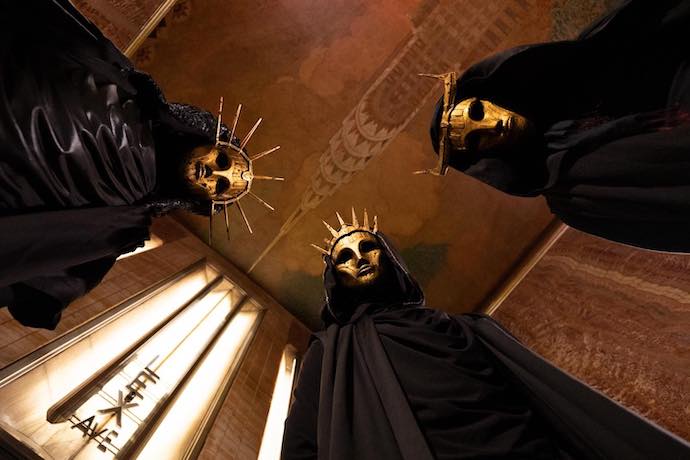 As a result, the band’s new albums is arguably the least accessible thing they’ve ever done (which is saying something, considering how gleefully and unrepentantly unorthodox their most recent work has been).

Whereas previous albums would, at the very least, periodically genuflect to the idea that the terrible trio were, at their core, a Black Metal band in some way, shape, or form, Spirit of Ecstasy wants you to be under no such illusions – sure, Black Metal is a key part of their identity, but the group’s sound has long since transcended such mundane limitations, and to truly understand and appreciate this record you have to be willing, and able, to embrace the hideous grand guignol of it all, in all its lurid excess and spontaneous bouts of madness (or genius).

Some of this stuff, for example, is pure post-genre Jazz hooliganism, with moments like the helter-skelter introduction of “Chump Change” or the seemingly structureless, stream-of-consciousness assault of “Death on a Highway” sounding like each and every instrument is playing a slightly different song at the exact same time… right up until the point the entire ensemble suddenly locks in, turns on a dime, and drags the entire unholy racket kicking and screaming in a direction you didn’t even know was there.

And while other parts – such as the progged-out, post-Gorguts of “Metrovertigo” or the seething, string-embellished “Merkurius Gilded” – may at least pay lip-service to the group’s more metallic roots, and thus provide a (slightly) more familiar entry point for anyone who might have stumbled into this album unawares, the truth is that any attempt to pin a decisive label on this record is doomed to failure right from the start.

And yet, despite – or perhaps because of – the collaborative nature of the release (which lists at least ten different guest musicians and artists involved across just eight tracks) and the almost improvisational aspect of the band’s creative process, Spirit of Ecstasy is still, to my ears at least, a weirdly, worryingly, coherent piece of work… which perhaps says just as much about me as a listener as it does the artist(s) behind it all.

But even here, in attempting to define who they are once and for all, it seems that Imperial Triumphant are still discovering more of what they’re capable of, with the expressionistic soundscape of “Bezumnaya” pushing the triumvirate’s sound to its most (il)logical extreme, manifesting itself as less of a “song” and more of an act of abstract audio-terrorism, part John Zorn, part Godflesh, part Diamanda Galas.

It’s almost a relief then – or, at least, a release of accumulated tension – when the undeniably unsettling, yet somewhat more explicable, “Maximalist Scream” (which explores and exposes the band’s underlying Voivod influences in more ways than one) signals the album’s onrushing climax, as by this point you’re likely to be very close to overdosing on all this deliciously decadent sonic debauchery.

Because that’s what this album is – a drug-like distillation of everything Imperial Triumphant are (and a few things we didn’t even know they were). And once you get hooked on it chances are you’ll never get clean.

One Response to “IMPERIAL TRIUMPHANT – SPIRIT OF ECSTASY”