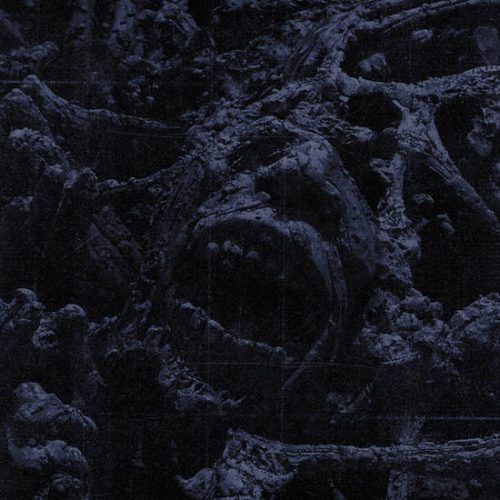 (Andy Synn presents some thoughts on the new album from Canada’s Panzerfaust, which premiered in full here today.)

Sometimes it’s because that album is a ridiculous misfire that would have been better off released under a different name entirely (or, even better, not at all).

Other times it’s a misunderstood masterpiece whose true value will only be appreciated in the years to come.

The Astral Drain is destined to become one of these albums.

But which will it be? 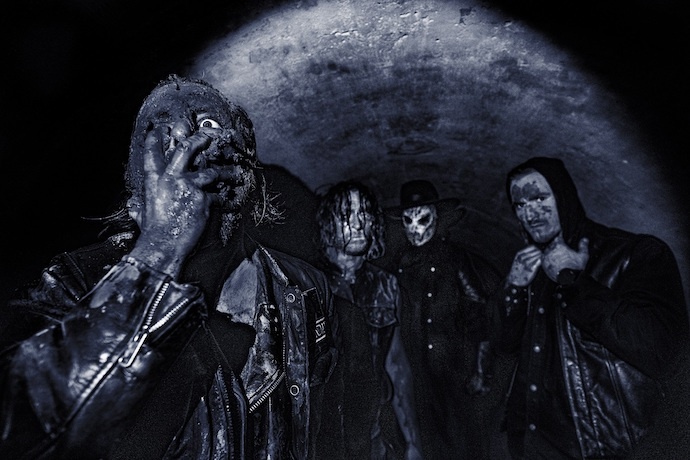 Truth be told, if you’ve been paying attention at all since Panzerfaust effectively announced their rebirth as a band with the first chapter of their Suns of Perdition sequence then much of The Astral Drain shouldn’t come as too much of a surprise.

After all, previous songs like “The Men of No Man’s Land” and “Promethean Fire” have showcased the group’s doomier, gloomier side to impressive effect before now, so it’s not like the band’s shift towards a slower, darker, and more atmospheric approach (reminiscent, in places, of both Schammasch and Triptykon) has entirely come out of nowhere.

That being said, I’d imagine the dearth of blastbeats and the greater focus on mood and tension over pure aggression will certainly rub some people up the wrong way… but the fact is that this album has so much to offer – from the sinister, slow-burn introduction of ominous opener “Death-Drive Projections” all the way to the final hypnotic cycle of captivating closer “Tabula Rasa” – that you’d be a fool not to give it a chance.

Those who are willing, and able, enough to dedicate their full attention to this record will in turn be rewarded with an incredibly immersive and multi-layered experience, one which artfully builds upon the existing identity they’ve so carefully cultivated on their last two albums, while simultaneously allowing each member of the band to spread their wings and shine a little more.

The back-and-forth interplay between vocalist Goliath and guitarist/lyricist Brock Van Dijk, for example, plays an even more prominent role across each of the album’s five songs (which are, in case you haven’t noticed, broken up by a series of mood-enhancing interludes whose presence actively plays a vital role in tying the whole record together as a single, unified piece of work), the two trading growls and screams and strangled, semi-sung exhortations about man’s inherent inhumanity and the dark side of so-called civilisation like a pair of prophets stripped of both their pulpit and their flock.

Similarly, the rhythm section of Thomas Gervais (bass) and Alexander Kartashov (drums) provide both ballast and propellant in equal measure, the former’s rumbling presence providing a cavernous counterpoint to the enigmatic melodies and eerie ambience of “Bonfire of the Insanities”, while the latter – whose kit-crushing abilities have long been (arguably) the most potent weapon in the band’s not inconsiderable arsenal – largely eschews the blitzkrieg intensity of the last several years (with the relentless percussive barrage of “The Far Bank at the River Styx” being the obvious exception) in favour of a much more nuanced and textured performance that prioritises subtlety and restraint (see “B22: The Hive and the Hole”) over brute-force and bombast.

In many ways, in fact, this sums up the album as a whole – and, let me be clear, this is definitely the sort of album best experienced as a singular whole. Because this is a record which unfurls slowly, revealing a little more of itself with each and every track, and each and every listen, and what it might (seem to) lack in instant impact it more than makes up for in depth and staying power… enough that I can confidently predict that, by the end of the year, even more people will have come to accept and appreciate its brilliance.

2 Responses to “PANZERFAUST – THE SUNS OF PERDITION, CHAPTER III: THE ASTRAL DRAIN”