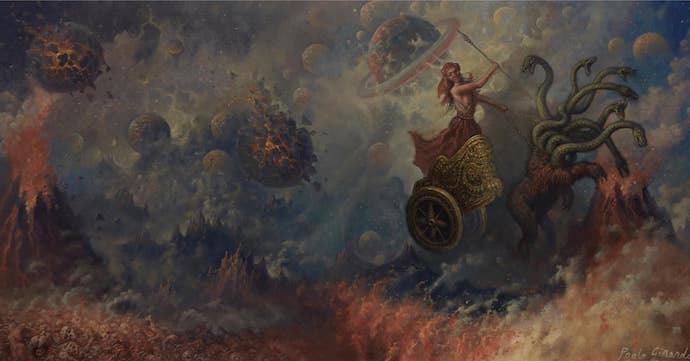 Everyone reading this, if they live long enough and care about living even longer, will one day do what I’m doing early today — undergoing a medical procedure that involves a doctor shining light in the snaky tunnel where the light don’t shine, and the snip, snip, snip of tiny scissors. It won’t be so bad — I’ll be in The Land of Nod when that happens. It’s yesterday that was bad, an ugly process intended to turn my intestines into a barren wasteland. But at least I had a fitting soundtrack to the ordeal:

Actually, truth is I was in the midst of yesterday’s ordeal when I wrote most of this. But don’t worry, that didn’t affect my musical judgment, which is as brilliant or as damaged as ever, depending on your perspective. I was just forced to take running breaks to the bathroom in between blocks of tracks I was interested in exploring for this roundup. The ones I picked, unlike my current mood, are definitely NOT shitty. 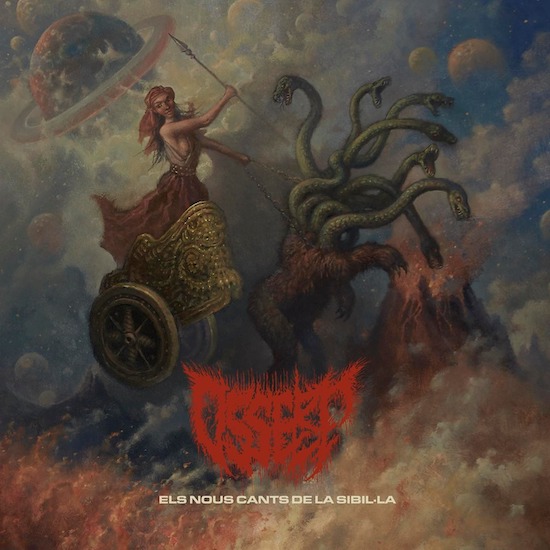 I started today’s collection with a song by this Barcelona death-grind juggernaut in part because I wanted an excuse to put maestro Paolo Girardi‘s cover art at the top of the page. But the song is a good one too.

“Cavalcant l’Ossa Menor” (which might mean “Riding the Bear Minor” in English) hits hard, in a slaughtering barrage of weaponized drumming, mauling riffage, frenzied leads that sear the flesh, and howling vocal ferocity. Full-bore destruction is the name of this ruinous game, but it also packs bone-smashing grooves, bits of bleak but head-hooking melody, and a general air of derangement.

The name of Ósserp‘s new album is Els Nous Cants de la Sibil.la, and it’s set for release in a varity of formats by a variety of labels on August 19th. The band explain:

“The opus is about the insignificance of man in the universe and how he struggles to remain eternal, presenting Ósserp as the reincarnation of the Sibyl, a character from Mediterranean mythology who announces the end of the world”. 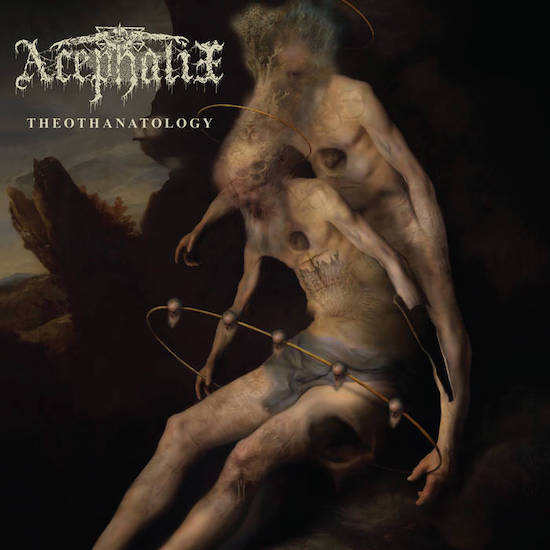 With vivid memories of this band’s fantastic set at Northwest Terror Fest still ringing in my head (adding to a big pile of memories from other Acephalix shows I’ve seen), my brain exploded when I saw they’ve got a new album on the way. Its title is Theothanatology, and 20 Buck Spin plans to release it on September 30th.

The first advance track, “Abyssal “, softens the skull with clanging bass tones and then chugs like a hellish freight train, swarms like feeding ants, and bounds about just like Dan Butler does on stage. Butler barks like a big mastiff as the guitar leads skitter, swirl, and sear, and someone’s screaming too. There’s a kind of apocalyptic grandeur to the song’s closing segment, but it never stops administering a brutal beating. 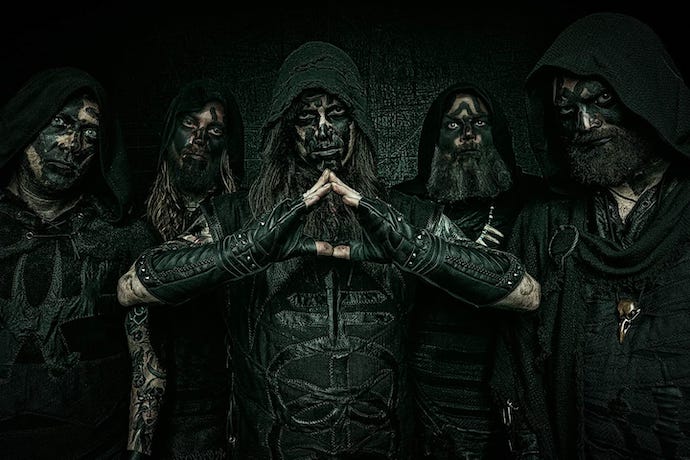 I’ll seize any excuse to keep banging the gong for this blackened sludge band from Minneapolis, and the latest excuse is a new song and video that came out about a week ago (some of you may remember that we premiered their first video here, for the new song “Renewal“).

This latest offering is named “Ash of the Ancients“, and I understand that it’s one of two which will be released on a limited 12” one-sided vinyl record with a screen-printed image on the other side. There’s a dismal and increasingly despairing mood in the song’s melodies, even though the bass thunders, the drums are rapidly hammering, and the vocals are spraying acid. When the rhythm begins to rock, beastly growls enter the fray, and the mood, while still downcast, channels some resilience.

It’s a dynamic song, and a memorable one in all its phases, and the video (like the one we premiered) is beautifully shaded. 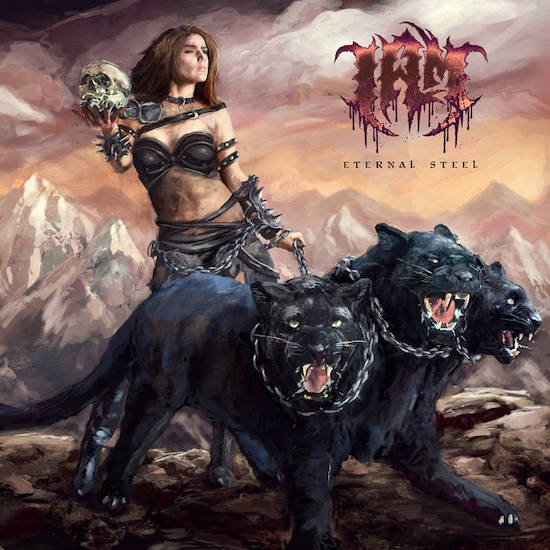 In addition to showcasing eye-popping WTF? cover art by Caelan Stokkermans and a classic title for their new album (Eternal Steel), I AM have also hit upon a very tasty musical recipe, like the sonic equivalent of the Oklahoma onion burger I just read about [here], though if they’re true dyed-in-the-wool Texans they’ll recoil at being compared to anything from Oklahoma).

As revealed by the next song and video in today’s collection (“The Iron Gate“), that musical recipe includes clean guitars that ring in haunting fashion,  viciously howling vocals, heavyweight drumming that sounds like bricks tumbling in an industrial dryer, grim slashing and jolting chords, and bleak wailing leads. But this doomy mid-paced crusher also kicks into a higher gear, thrashing in a frenzy. Not for naught, it seems, does the Bandcamp page for the record draw comparisons to “the heaviness of Morbid Angel and the dexterity of the Big 4″.

Eternal Steel is set for release by MNRK Heavy on September 9th. Go here if you want to check out the full gatefold expanse of the cover art, and an alternative topless version. 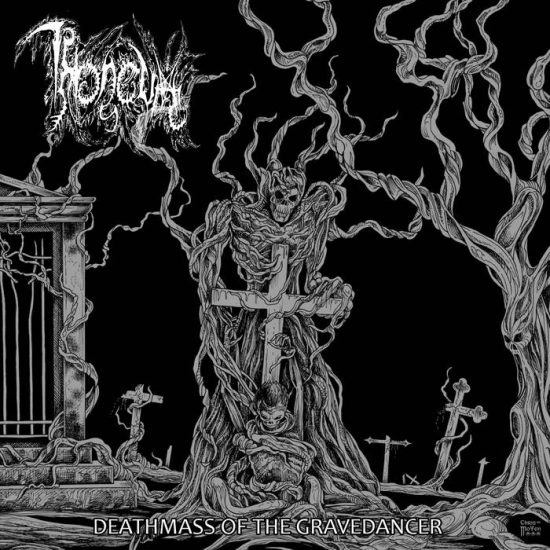 To close this roundup, I picked a dose of roiling, clattering, screaming madness that goes by the name of “The Witnesses“.

There’s a dense, murky, turgid tone to the guitars, and that unhealthy miasma of sound persists when they begin to moan instead of churn the guts. Similarly, the drumming is maniacal at first, and spiked by sharp cymbal smashes, but no less crazed than the vocalist’s raw screaming torment.

When the percussive mania subsides near the end, and those guitars start moaning, a solo pierces through in shrill, eerie vibrations of misery. And thus the song is both nightmarish and exciting, and I found myself going back to it repeatedly.

It’s from Throneum‘s 2007 album, Deathmass Of The Gravedancer (one I’ve never heard), which is being reissued on August 5th by Old Temple.