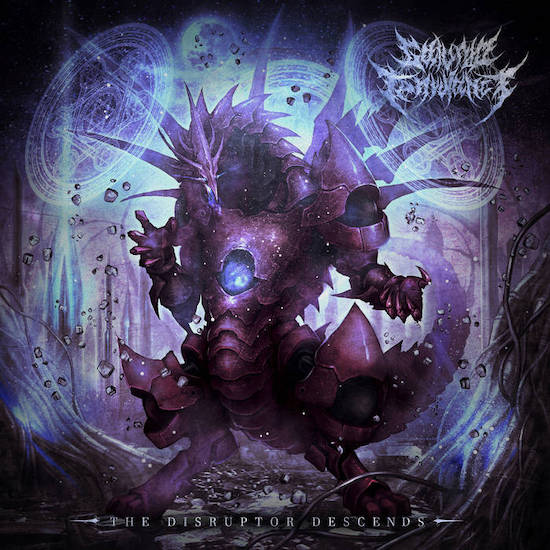 (DGR enjoyed the first EP by the Japanese band Galundo Tenvulance, released last year, and as recounted in the following review he seems to be enjoying the second one too.)

Only a handful of months ago while in a fit of caffeinated pique did we check in with Japanese -core band Galundo Tenvulance. The young group were on their second EP way back in ye’ olden days of 2021, yet for some reason the idea of reviewing it right before jetting out to go catch covid see MDF this year was very, very funny. It’s not the bands fault at all, just the fun of finding something that was fairly good – if full to the brim with style and genre-tropes – from a group who were clearly still finding their feet style-wise. So much so, that this is the sort of early state a band can be in where sounds differ drastically between releases as they add new influences to the overall course.

Not even a month and a half after we ran that review though, which we did in an attempt to buttress the site while we were out standing in one very long line of Edison Lot shade courtesy of a billboard pole, laughing about how some people forget that Coroner get kind of weird at times and have long keyboard breaks, or dodging thunderstorms, did the crew behind Galundo Tenvulance release a new EP in the form of The Disruptor Descends.

The question with The Disruptor Descends is that with a whole year between their releases and now functioning as a four-piece, what sort of stylistic jump did the band make?

Admittedly it was interesting when The Disruptor Descends opened with the pairing of “Overture In B Minor” and “Cold-Hearted”. The first is a standard orchestral intro affair – expected, given they do have someone handling all their synth work – and “Cold-Hearted” is probably the most traditional melo-death-sounding song the band have put out between the two EPs we’ve covered. With full keyboard swells, clean-sung power chorus for glory, and big hammering sections leading into one final clean-sung chorus to offset the heaviness before it, “Cold-Hearted” covers a lot of ground within four minutes. It is also the song that, like last time with the Tenvulancy EP, winds up being the clearly different one from the rest of the music.

Galundo Tenvulance have been tip-toeing on a fine line between genres for a bit now and continue to do so throughout The Disruptor Descends. While the band have afforded themselves a lot of creative freedom within their chosen melodeath and metalcore hybridizing genre-boundaries, there’s still plenty of room for musical whiplash. “Bravado” – the immediate follower – makes that clear too, since it spends four minutes just trying to roll its listeners downhill in an avalanche of guitar-work and keyboard-solos.

If you’re hunting for the heavy then you’re probably going to want to make a run for “Abonimable Division” and “The Act Of Betrayal”. “Abonimable Division” is one of the more blistering tracks on this EP. While it has its solid gathering of breakdown heavy moments and wall-o-blastbeat, it’s nice that the band do attempt to break it up by going a little bit more angular with the audio beatings. The bass guitar that fights its way through the battering for the back-half of the song is a pleasant surprise too – if only just because it’s fun to hear a band swing for the fences and try to make something like that work.

“The Act Of Betrayal” is the band’s attempt at an epic for this EP. It is the longest song – still at a trim 4:17 – but it also does the most work to tie together the disparate styles displayed throughout The Disruptor Descends so far. It’s a solid rocker that, yes, shares a lot in common with the EP’s third song “Bravado” up until the minute-thirty-five mark, where you get an interesting take on a chorus that is pretty percussive for a band who’ve spent much of the EP shooting for the sky on the guitar and keyboard front.

Like our last review a few months back, we find ourselves in a similar spot. Following the Galundo Tenvulance crew – yes, the alphabet soup name still makes us smile – is partially an anthropological exercise. They are very good at their genre-worship as it stands right now. You can pull the machine apart and notice influence on top of influence within, and that hasn’t changed with The Disruptor Descends. We’re so far removed from the generational idea for this style of music, though, that you wind up taking a philosophical stance of ‘it just is’ when it comes to this.

The melodeath, keyboard-heavy deathcore, and two-step loving metalcore melange has changed and morphed so many times that we’re like ten or twelve layers removed. Having it go worldwide and a few actual generations younger, and you wind up with a project like Galundo Tenvulance with their insectoid and pointy-sharp logo and a pairing of EPs that are fun to chart as one specific momentary evolution of a style, filtered through a younger collective of musicians.