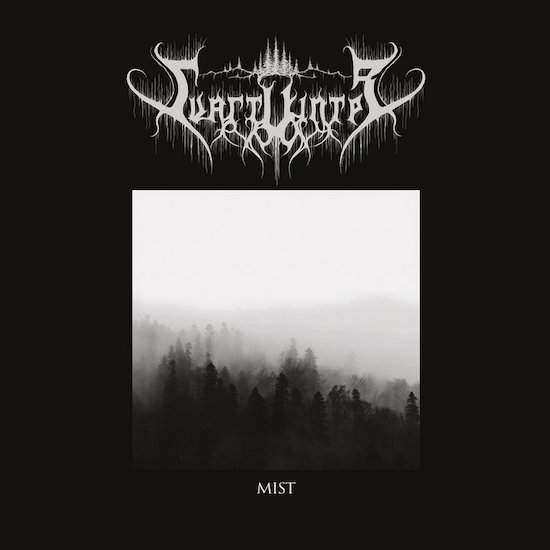 Forecasts of a temperature drop radiate from Svart Vinter‘s new album Mist, communicated not only by the band’s name and the record’s title but also from the gray fog blanketing black forests on the album’s cover. Most of the world may be baking in record heat waves right now, but winter is as much a state of mind as a season.

It is, in fact, many states of mind. The season brings gale-force turbulence as well as oppressive chills, death and decay as well as huddled loneliness, and the kindling of fires in an effort to keep the dark and the cold at bay. In some areas it’s also a time of beauty and wonder. In all these ways the season itself reflects and spawns a range of moods. After the roasting many of us are now enduring, it may be more welcome than in many past years at first, before dread and difficulties settle in during the long months until spring.

Mist manages to capture many of the sensations of the dark season, sketching portraits of what happens to the Earth as it turns away from the distant blazing orb, but even more so portraying the human emotions that find their simulacrum in the outer world. 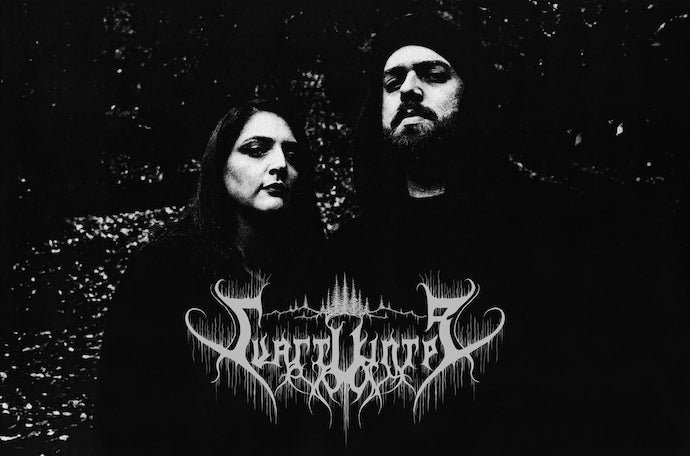 Svart Vinter are a relatively new band (Mist is their first release), but the participants aren’t newcomers. It combines the songwriting and instrumental talents of Luca Gagnoni and Emanuela Marino from Rome, whose previous work in Veil of Conspiracy has been mighty impressive, and the terrifying vocals of Argentinian performer Noctem Aeternus, whose eponymous solo project has generated more than a half-dozen formidable releases since 2015.

Across the range of Mist’s seven tracks, Svart Vinter do range widely, as you might guess even from the one-word song titles (as well as from the preceding paragraphs). In the album opener “Gale” (which we also premiered) they create a dangerous and even apocalyptic storm. The sharp crack of the snare drum is mostly slow and measured (albeit with hurtling double-kicks below), but the surrounding music comes in immense, sweeping waves that engulf the senses, rising in feverish agony and descending into dark despair.

The riffing pierces the mind and roils it, while simultaneously creating a sense of terrible splendor on a vast scale. The words come through in serrated-edge screams and horrid roars, which themselves embody a kind torment and hopeless suffering (which reach their heights in aching wails). Yet there is condemnation and anger in the words and the voice too, which are matched in a segment of the song where the riffing slashes and sears, swaggers and slugs.

Wild fires burn in the breathtaking rush of “Pyre“, drums racing, guitars searing, and layered voices erupting in an inner conflagration. Apart from the sheer hurtling intensity of the music, it sticks in the mind because of the ringing guitar arpeggios, which are weird and wondrous, sometimes seeming to channel confusion and at others a glorious delirium.

While one might think of decay as a slow process, the album track which bears that name is often feverish, but there’s no mistaking the mood of despair that it channels, a mood that falls even deeper into despondency and anguish when the pacing slows. It’s a testament to Svart Vinter‘s songwriting that music of such emotionally crushing weight becomes so mesmerizing and memorable — the high swirling guitar melody that cycles again and again in the closing minutes truly is hard to forget.

That songwriting prowess is evident again and again in the following tracks, manifested in a rich array of emotionally moving and thoroughly immersive melodies, often expressed in grand, sweeping fashion, sometimes pierced by frantically flickering leads and undergirded by heavyweight bass-lines and constantly varying percussive energies.

As the song titles foretell, there is catharsis in the music, and feelings of absence and intense longing. The guitars wail in ravishing eruptions and moan like massed mourners. Even in “Absence“, the soloing reaches spectacular heights, flying toward the stratospheric synths which wash across the album’s most magnificent moments. 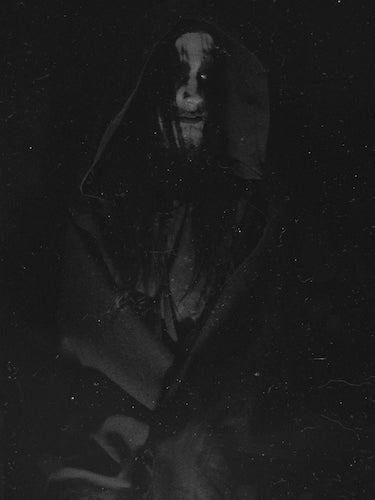 To be sure, there’s bitterness and fury in the music as well. “Vinter” is a visceral hard-rocking beast, but it’s both cold-eyed and bleak, and a channel of suffering, while “Frost” brings the ice-storms and avalanches of calamity again, yet also seems like an expression of fiery resilience. And at all times the tortured intensity of the vocals is downright frightening.

For Mist, it is a season of black moods that comes round as the world turns. But the music is so relentlessly gripping and engulfing, so frequently vast in its scale and dazzling in its ringing sound, that the vibrancy of life still blooms, with hearts pounding, in a hostile climate.

Or at least that’s how I hear it. You can form your own impressions through our stream of Mist in its entirety. But a word of advice: Set aside plenty of time before you begin, because it’s damned hard to turn away from Mist once it begins.

All the songs on Mist were written (including the lyrics) and arranged by Luca Gagnoni and Emanuela Marino.The album was produced, mixed, and mastered by Luca Gagnoni at VoC Studio, and he was also responsible for the drum programming.

This striking debut album will be released on September 15th by the Italian label Black Mass Prayers in a limited vinyl CD-R edition, and digitally. The physical edition is so limited that it will likely sell out soon, so don’t delay.

2 Responses to “AN NCS ALBUM PREMIERE (AND A REVIEW): SVART VINTER — “MIST””