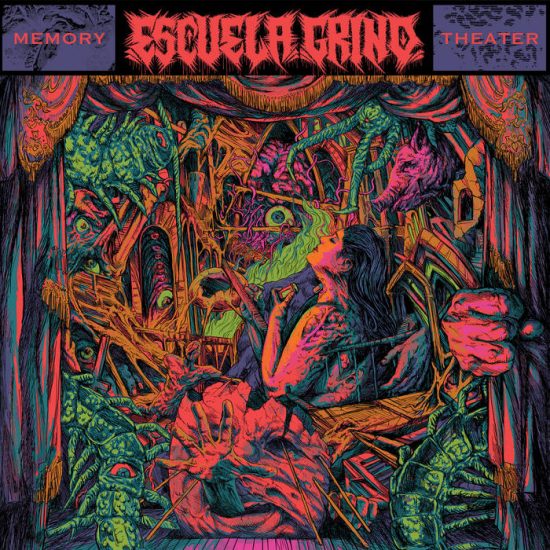 (Chris Luedtke is back at NCS with a review of the sophomore album by Mass.-based Escuela Grind, due for release on September 30 by MNRK Heavy.)

Escuela Grind are no stranger to the, well, grindcore genre. Though being a thoroughly grindcore-centric band, they exist in their own space that sounds like they are channeling Fuck The Facts but from peaks and valleys away. Maybe it is the way they carry their sound, maybe it is their aggressive touring style and their savvy ability to PR themselves. Likely, it is a combination of all (they have some killer merch).

Escuela Grind have been kicking up their discography, especially since the pandemic happened. During which Indoctrination dropped, as well as two EPs titled PPOOWWEERVVIIOOLLEENNCCE and GGRRIINNDCCOORREE. Now, the band’s sophomore LP Memory Theater is up to bat.

It is difficult to put into words when an album feels good but not great. Like a dull ache or even a soft blow. That’s how Indoctrination hit me. I queue it up on occasion and remember that it is a good slab of chaos but a return is not frequent. Maybe it needs to grow on me still. So the question becomes, can Memory Theater step up the game? The short answer is yes. 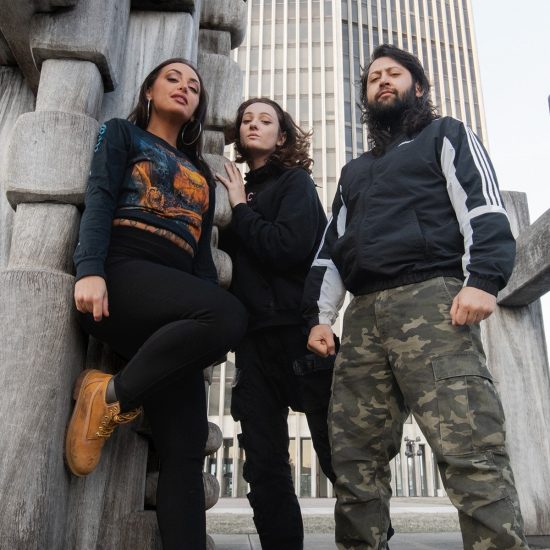 Memory Theater is tight-sounding with a good, hyper-aggressive take on grindcore. Though primarily grind, Escuela Grind are not shy about hitting some powerviolence or death metal notes. And right out of the gate they hit on that grind/heavy death metal sound. “Endowed With Widows” is a thick slice of an intro track that feels a little more death metal than grindcore but never quite commits. It serves to open the field. It is the following track “My Heart, My Hands” that opens things up with brass-knuckle aggression. A track that has a slight streak of death, a little sprinkle of powerviolence, and a lot of bellicose grind. It is blasting havoc that goes hard in the best way.

A big sound that Escuela Grind weave in with this record is metallic hardcore. “Cliffhanger” is as much of a hardcore song as it is grind and it hits the mosh sections hard. Same with “Strange Creature of Nothingness”, which sounds like it should be shoving the mic into the crowd for sing-a-longs. If nothing else, Escuela Grind are crafting some fine fighting music on Memory Theater.

As it goes, Memory Theater is a solid, combative, front-facing grind record. It channels plenty of metallic hardcore and death metal but this time has dialed back the powerviolence a bit. The recording between this and Indoctrination has greatly fleshed out, which depending on how you like your grind, is, well, you decide. Memory Theater is a heavy record and will likely pull more listeners into their orbit. Take from that what you will. Memory Theater is an aggressive slice of chaos and shows Escuela Grind know how to sharpen a knife.