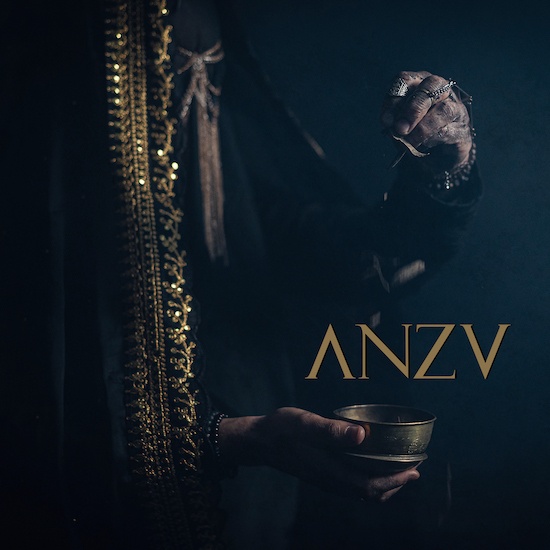 The Portuguese band ANZV is only a few years old, but harnesses the talents of experienced veterans. Through their forthcoming debut album Gallas, they explore an incredibly chilling conceptual vision. The description they give is worth reading in full, and we’ll get to that later in this feature, but for now let’s sum it up as a journey into an underworld of nihilism and despair, a free-fall into the surrender of will and self, becoming nothing at all.

In portraying such harrowing visions ANZV intertwine death metal and elements of classic and post-black metal, and they do so in tremendously powerful and gripping fashion. One song from the album (“Inane“) has already had a lyric video premiere, and today we bring you a second song — “Isimud” — which comes with its own cover art that you can see above. 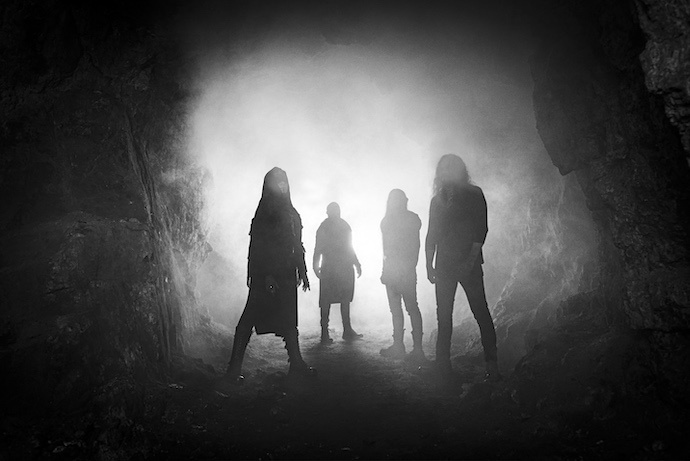 Like the journey of Gallas as a whole, “Isimud” is itself a wide-ranging excursion. ANZV set the stage with eerie ambient whines, foreboding orchestration, and grand choral voices — and then they explode without warning, crashing the senses with thundering percussion, magma-like bass throbbing, insanely roiling guitars, and unhinged vocal ferocity. The music sears and spreads across a vast terrain, as if creating a panorama of burning calamity.

The band pull back on the nova-like intensity, steadying the drums and interweaving weird and warping arpeggios that whine and screech in the midst of a stumbling momentum, like an expression of increasingly delirious confusion. The second time the band ease back on the throttle, the snare pops like a metronome and things get even more dismal and hallucinatory — a brief nightmare before chilling orchestration returns, to lead us into what comes next on Gallas.

And so, the song proves to be muscular and marauding, daunting in its incendiary violence but also strange and unnerving, like a brush with mysticism that’s as hostile as it is hypnotic.

And now let’s come back to what the band have written about the album as a whole:

Challenging the truth of the very foundations of our existence, might lead us into breaking those axioms and replace them with nothing but a void.

A void that is so pleasing and appealing that it’s almost impossible to not stare at and, inevitably, walk towards it. Step by step, with our past flashing before our eyes, it drains our senses and gives way to apathy, as we reach the edge.

And so we dive, in a fast free fall down the emptiness, the morning star cast down with nothingness sinking in through every single pore of our body.

But right at the close, in the limit near the infinity, we bounce back gracefully numb: we are no-one in nowhere.

We have been marked, as Cain once was, to be saved from perishing. But what was once seen as an act of steadfast mercy from the creator, it’s what blast us now to the underworld of nihilism and despair.

We are pleased to invite you cast down into Gallas which sets up a journey through this nihilist void, defying any beliefs or values printed in the subconscious realm of our mind. 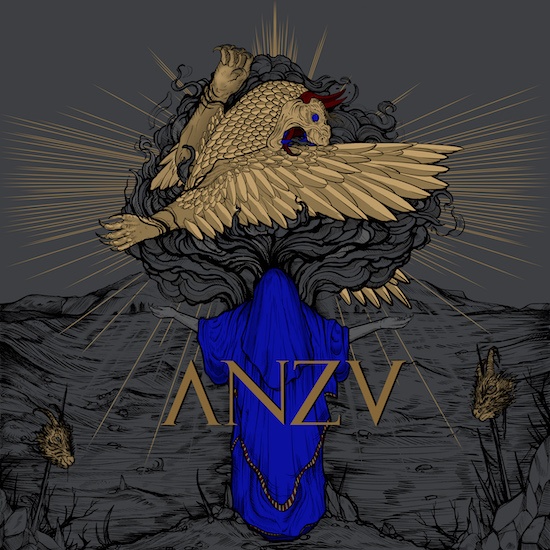 In support of the album ANZV will take the stage at HARDCLUB (Porto) on September 16th and at SIDE B ROCKS (Lisbon) on the 17th, to perform Gallas live. Plans are also in the works for ANZV to take their stage show to other parts of Western Europe in the coming months.

Below you’ll also find the video for the album’s first single, “Inane“, and it definitely should not be missed.