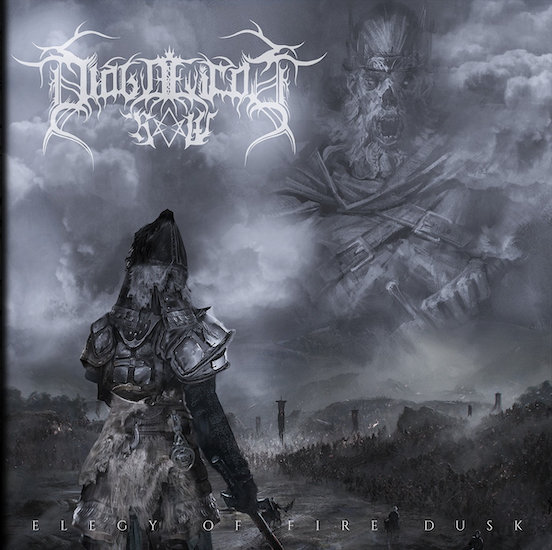 The Turkish band Diabolical Raw has had a long history, and not an easy one. Starting life under the name Diabolical, they honed their talents during stage performances in the late ’90s and early 2000s but didn’t make their first release until the Daimonion EP in 2005, and soon after the group disbanded due to difficulties in finding a stable line-up.

After a dozen years of silence drummer Ozan Tunç and vocalist Ozan Erkmen decided to resurrect the band, but changed the name to what it is today. By 2019 they released their debut concept album Estrangement, revealing a more symphonic take on black metal, with Ozan Tunç handling all the instrumentation and orchestration, as well as the mixing and mastering.

A year later Diabolical Raw began work on a second album, but of course pandemic hell intervened and slowed down the process. Yet in the fall of 2021, the band completed the recording of that sophomore album, Elegy Of Fire Dusk, again with Ozan Tunc responsible for the music, the mixing, and the mastering, and Ozan Erkmen crafting the lyrics and delivering the vocals.

Like the first album, the new one is based on a unifying theme derived from a short story by Ozan Erkmen that uses ancient Central Asian Turkish mythology. One song from the album (“Face the Judgment”) debuted last spring, and today we present an official video for the second one — “Wise Old Woman“. 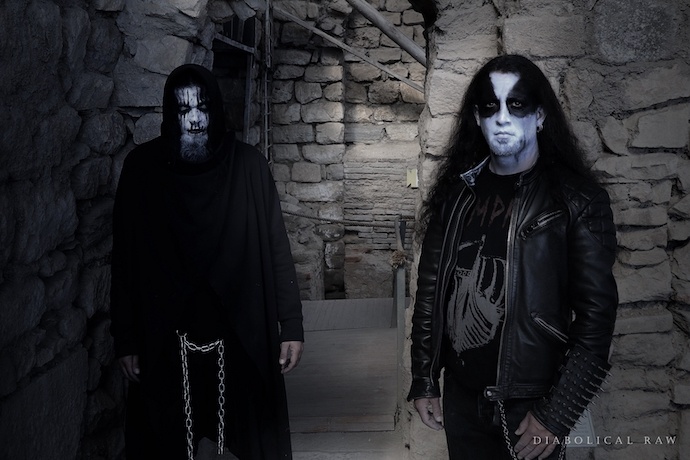 Orchestral horns and primitive drum rituals give the new song a momentous — and very ominous — introduction as we watch the band members stride in slow motion. But soon enough the music catches fire, carrying forward that grim opening melody in more soaring and sweeping fashion, backed by a blaze of vicious riffing and thunderous drumming.

There’s a pause, making way for chilling spoken words, and then the tumult resumes with jolting chords, neck-snapping and spine-rattling drums, and vehement vocals that scald like acid. The symphonic waves sweep high above in displays of hellish grandeur, like skies on fire. The music also dances in frenzies and heaves like a towering behemoth, and it also continues to jolt and jar the senses in explosions of bombastic and blasting intensity.

The song proves to be both grandiose and thoroughly evil, and it should get hearts pounding and heads hammering among fans of symphonic black metal

Elegy of Fire Dusk features striking cover art by Mukadder Karaoğlan. It will be released by the Spanish label Base Record Production. The original released date was September 25th, but the label recently announced that CD editions will be delayed until mid- or late-October. To stay up with release info, check in with the locations linked below.

We’ve also included a stream of the album’s first single “Face the Judgment“, which is also well worth your time.