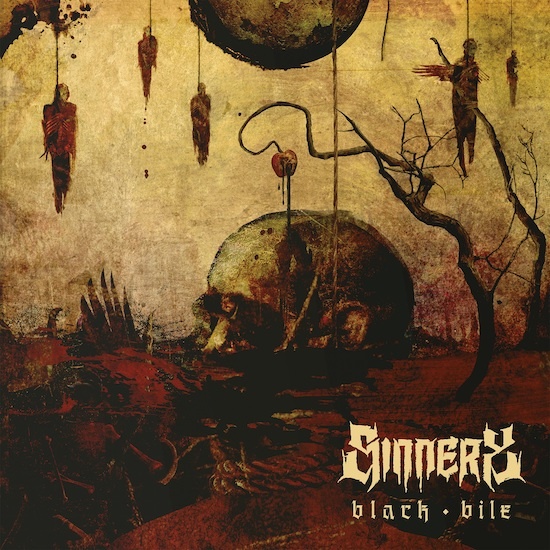 In just a couple of days the Israeli band Sinnery will release their second album, Black Bile. It comes a decade after the band’s formation and a long six years after their debut full-length, A Feast of Fools. To showcase what they accomplished in a first-class manner, they had the album mixed and mastered by Matt Hyde (Machine Head, Trivium, Slipknot, Bullet For My Valentine) and turned for the cover art to the legendary Travis Smith (yes, he’s earned that accolade).

“Death thrash” is the simplified genre description for what Sinnery do, but it’s the strong melodies and the variations among and within the songs that make the album such an adventure to experience from start to finish. Compared to the debut all those years ago, which was entirely written by vocalist/guitarist Alon Karnieli back when he was about 16-17 years of age, these tracks are more elaborate, more sophisticated, more reflective of different moods, while at the same time being more brutally extreme. 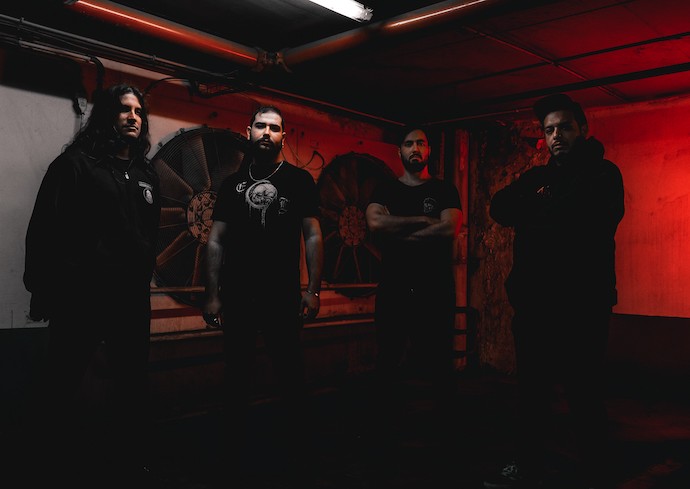 The songs also vary in their subject matter, but there’s still a unifying story and theme, which accounts for the band’s ultimate decision to make “Black Bile” the title track. They describe the inspiration this way:

“Black Bile is a journey, our journey. Realizing the worst of us and how we use that to be better. Black Bile was a hard chapter in our lives, traveling deep into our minds and pulling out everything that makes us feel bad, depressed or anything of the sort and putting it out in the open for everyone to see. While writing the album we understood the power we have when we use that bad energy for good.

“It’s not about replacing bad energy with good, that’s not possible because we are who we are, it’s more about using bad energy to let some good come in. Musically we tried to let the songs reflect those themes sonically, keeping it heavy and hard-hitting like a tantrum, like someone losing his shit when he feels like nothing. There are slower moments and faster ones, it’s all a part of the roller-coaster that it is to be alive in this day and age.”

No doubt, Sinnery do know how to throw a musical tantrum. One spin through “The Burning” proves that. As the album opener, it’s a hard-charging and thoroughly electrifying experience, packed with bludgeoning drum attacks, gut-slugging bass-lines, and the kind of brazen and blistering riffage that gets hearts pounding. On top of that, the vocals are completely wild, a mix of feral hardcore yells, hair-on-fire screams, and bestial, guttural roars that are downright harrowing.

However, “The Burning” is also a demonstration of those variations we mentioned above. The song takes a turn, becoming bleak in its melody and even more bruising, thanks to a pile-driving groove that establishes the backdrop for a spectacular guitar solo whose warping and wailing twists and turns are both riveting and frighteningly eerie. 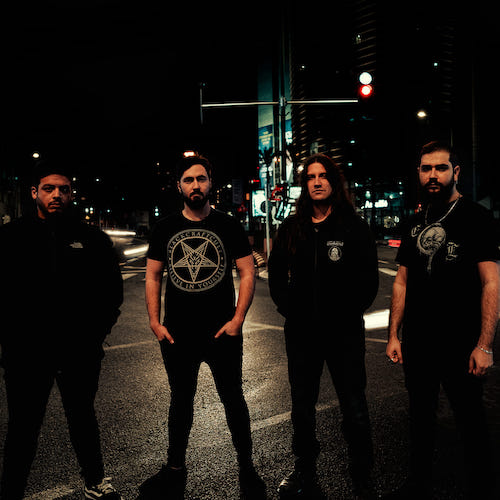 “The Burning” really is an explosive way to launch the album, and a tough one to top, but Sinnery prove themselves up to the task.

There are more riotous tantrums to come, more thunderous grooves, more of that berserk vocal intensity, more of the brazen and blazing riffage. And definitely more twists and turns — too many to enumerate, but they include both gritty singing (sometimes with a folk-ish influence that seems rooted in the band’s homeland) and truly clean singing; electrifying drum variations that boom and tumble, crack necks and spit bullets; exotic guitar instrumentals that invoke visions of desert sands; soloing that darts, dances, moans, screams, and casts chilling but seductive spells; and lots of different ways of beating listeners senseless.

Along with all that (and a lot more), the moods of the music also continue to range far and wide, thanks to the band’s talent for infiltrating the songs with evocative melodies to go along with all the head-hooking thrash riffs and jolting rhythms. There are scenes of delirium and ecstasy, of cold cruelty and furious violence, of downtrodden despair and defiant resilience, of haunting grandeur and of supernatural wonder.

To get some quick proof of what we’re trying to describe, compare the gloom-cloaked anguish of “Sever” to “The Burning“, or the enraged, skull-smashing gallop of “AntiTribe” to the beleaguered ballad “Hanged From the Sun” (which also kicks into racing gear and erupts in fury), or the wild whirl and whiplash of “Mouthful of Nails“, which also reaches soaring heights of yearning and grief, to the sounds of feverish confusion, oppression, and heartbreak in “Bleak“.

Better yet, just set aside the time needed to make your way through the album from its beginning to its soul-shattering, spine-shaking conclusion in the song “Holes“, which brings in the the soulful sound of violin strings to enhance the atmosphere of sorrow. And you won’t have to wait to do that, because we’ve got the full stream for you right now:

Black Bile comes recommended for fans of Testament, The Haunted, and Sylosis (and even Metallica and Gojira).

Earlier we gave credit to Matt Hyde for the mixing and mastering of the album. Credit for the production goes to Yuval Kramer and the band.

The album is set for release on September 16th via the label Exitus Stratagem Records (EXSR), and it’s available for pre-save and pre-order now. We also pass along Sinnery‘s assurance to fans that there won’t be as long of a wait for the next album, because they’re already eager to get back to the studio (though they’ve got some touring planned in the meantime).