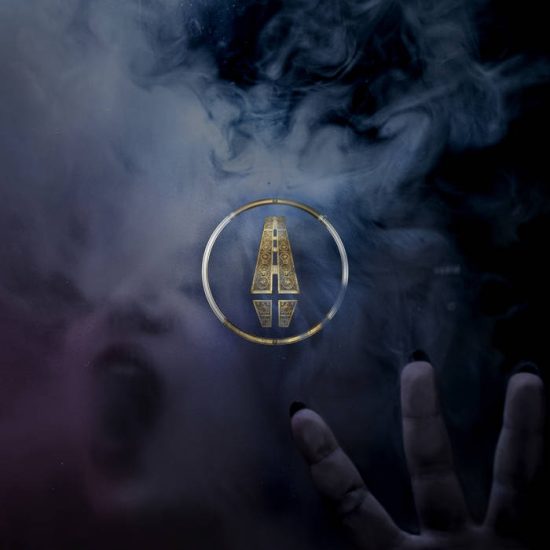 For the second day in a row (and there will be a third tomorrow) it’s our pleasure to premiere a song from a forthcoming album on one of our favorite labels, the always distinctive I, Voidhanger Records. Yesterday it was Acausal Intrusion, and today the focus is the Greek black metal band Voak and their debut album Verdrängung.

The musical drive of Voak is fueled (as the label explains) by their concerns over “societies shaken by racial tensions, sexual discriminations and extremisms of all kinds”. They chose for the title of their album a German word that refers to the suppression of inner feelings and conflicts, which can lead to inaction in the face of wrongs. They write:

“The presence of our inner conflict shall trumpet over the mesmerizing melody of our comfort and fear of quarrel. To identify ‘Verdrängung’ as such, is a step to be taken in order to be able to fight among others, after fighting against the causes of our own inertia…. The oppressed and the ones struggling against the ‘Verdrängung’ may live in different prisons, but they are the majority… And in unity there is hope.”

The first song made public from the new album was “Atemzüge der Wölfe“, and it prompted us to write these reactions:

“In just shy of three-and-a-half minutes Voak deftly pull together several influences and ingredients. The beginning sounds like a groaning and warbling horn, and the song then abruptly segues into a young woman’s speaking voice, followed by a sweeping blaze of defiant riffage (there might be fiery synths in the mix too), thundering drums, and barbarously ferocious snarls.

“The guitars also swirl, dance, and hit power chords around a potent thrumming bass and beats that bounce and hammer. To cap things off, there’s a glittering solo that seems both exultant and mad, and will send you on your way with your head spinning. Where will you go? Well, if you’re like us, you’ll go right back to the start and hear the track again.”

The song we’re presenting today is “Für jede Wunde ein Pfeil“, and it’s just as arresting as the song above. The riffing blazes from the first second, and quickly begins to swirl and cavort with wild and infectious energy. Once again, the prominent bass maneuvers and riotous yet sharply defined drumming adds high-octane fuel to an exhilarating romp.

There’s solemn singing in the song, as well as furious howls, but even then it’s surrounded by the maniacal flickering of allied guitars. Perhaps in part because of the downcast solemnity of those vocals, and perhaps in part because of the song title (which translates to “an arrow for every wound”), the crazed but transfixing brightness of the guitars begins to sound like frantic confusion and the delirium of pain. You may feel something different from that feverish, fire-bright riff, but it’s so electrifying we bet you won’t forget it, regardless of your interpretation.

I, Voidhanger will release the album in these formats on September 30th: Digipack CD (limited to 200), 12″ vinyl LP (limited to 200), and Digital. It’s recommended for fans of Darkthrone, Mystras, and Spectral Lore.