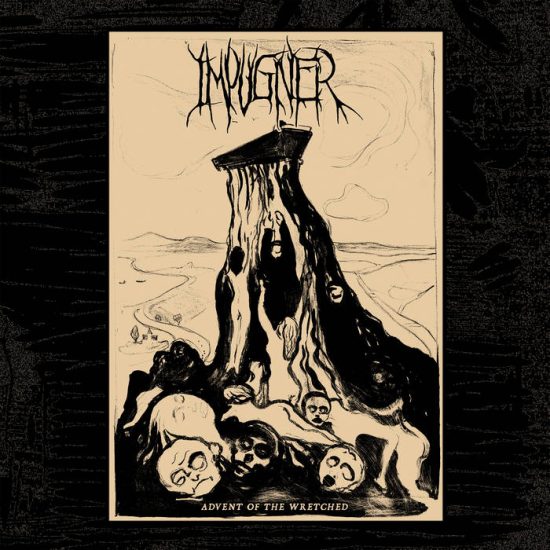 Last December an obscure death metal band from Oslo named Impugner independently released their debut demo Advent of the Wretched in a tiny run of tapes. But Impugner won’t remain unnoticed, because that tape found its way to Sentient Ruin Laboratories and Caligari Records, who pounced on it. They will jointly be reissuing it on November 4th, and with respected labels like that giving Advent of the Wretched a big push, Impugner are about to find a much bigger audience.

It’s no wonder these labels were seduced. Impugner have invested themselves in an early phase of death metal’s evolution, when bands like Autopsy, Death, Pungent Stench, Nihilist, and Darkthrone (circa Soulside Journey) were shaking up the underground, but while that kind of old-school devotion is at the core of what Impugner have achieved on Advent of the Wretched, there’s more going on here than slavish worship of early heroes — as you’ll discover from our premiere of the song “Ostracized Vitality” today. 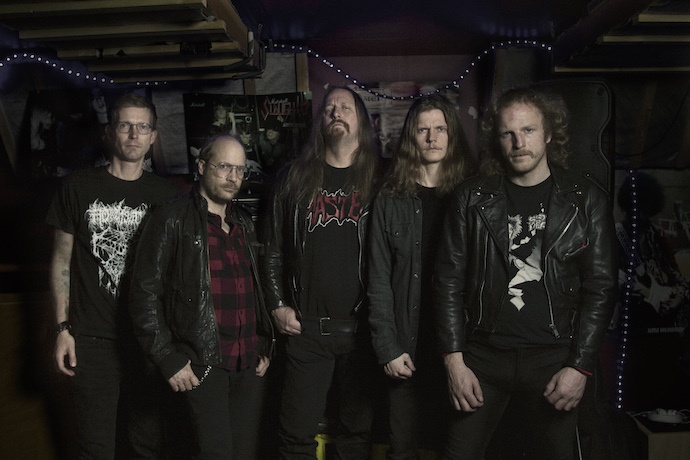 The sound here is rough, raw, and raucous, by choice rather than misadventure, and the vocals are ragged and ravenous in their reverberations. Hints of the supernatural swirl within the music, and come to the fore in the first weird and wailing guitar solo. And as one might expect given their influences, Impugner eventually switch from a riot to a slog, crawling in misery and oozing pestilence and decay, though another freakish solo spins the music out of that gruesome morass and leads it into another convulsion, even more unhinged than before.

There’s a feeling of genuine madness in the song, which elevates it in electrifying ways, and a crispness in some of the sounds (e.g., the cymbal strikes and the berserk soloing) that counteracts the filth of others. The riffing is wild in its roiling, writhing, and eviscerating contortions, and those contortions are impressively intricate as well as savage.

The drumming persistently threatens to steal the show because of the crazed high-speed fills and switching rhythmic patterns, and it has a looseness that adds to the feeling of mayhem, even though there’s no hiding its technical skill. And man, those vocals are something else, like the snarling and baying sounds of a rabid beast, or like some imperious but demented demonic entity in the throes of violence.

So to repeat: This is old school in many ways, but it doesn’t sound old at all. Rather, has the effect of slapping defibrillator paddles on your chest.

The cover art for Advent of the Wretched consist of a work licensed from the Edvard Munch estate in Norway. The album also includes a cover of Autopsy‘s “An Act of the Unspeakable” from their 1992 album.

Sentient Ruin will release the album in CD editions, with Caligari handling the tape version, and digital formats are available from both labels. Pre-orders have launched today (see the links below). 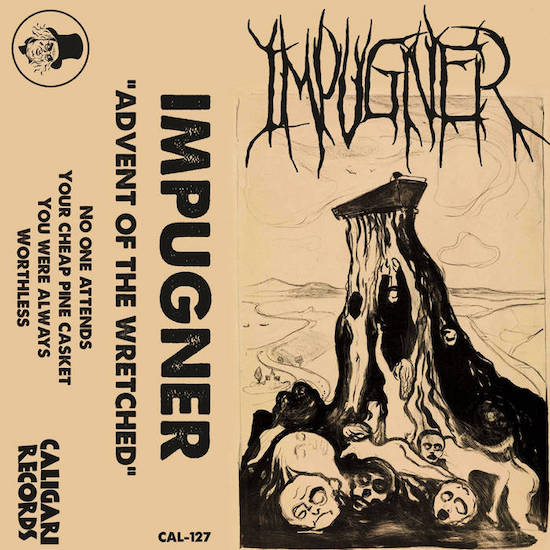