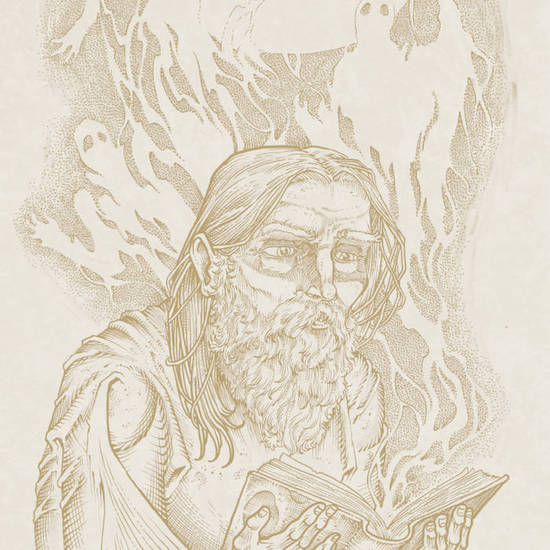 Of course record labels always heap praise on their own releases, and only the naive would take that without a heaping dose of salt. We use lots of salt. As consumers of endless press releases, we often roll our eyes at the hyperbole after listening to what they gush about, and too often find that instead of groundbreaking AOTY material the music turns out to be generic and dull.

The track record of some labels is solid enough, and their good taste dependable enough, that we give more weight to their promotional verbiage. Transcending Obscurity Records is one of those labels. But we still confess to being a bit skeptical when reading their claim that the Finnish band Arche had succeeded in adding “masterful touches” to the sounds developed by such groups as Thergothon, Skepticism, and Shape of Despair, and their proud proclamation that Arche‘s new album Transitions is “an immaculate expression of ethereal, moving, atmospheric doom metal that has everything in the right proportions”.

Would it really be so? 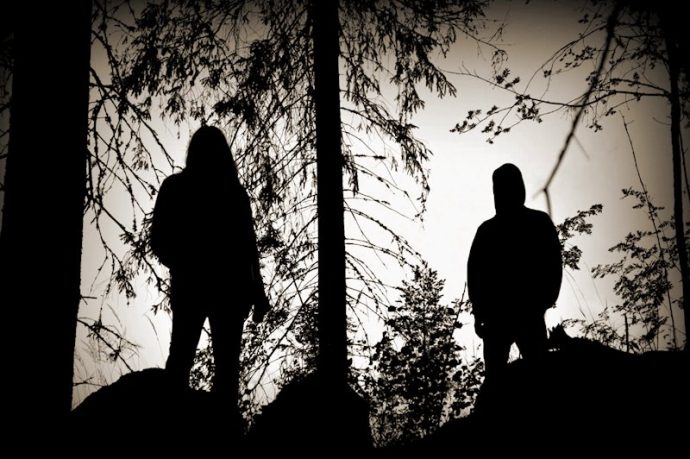 The album will be released on December 16th, and it follows the band’s only other release (an EP named Undercurrents) by a long seven years. The track list is daunting, not because of the number of tracks — there are only three of them — but because the running time of two of those songs is each in the vicinity of 15 minutes (the third one, the title track, is situated in between those two on the album and runs about 6 1/2 minutes).

Transcending Obscurity has made the interesting decision to release both of those two behemoths well in advance of the album’s release. One of them, “Reverential Silence“, came out way back in April of this year, and now we’re hosting the premiere of the other one today, with still two months left before the release date. It’s therefore a situation where no one will have to take TO‘s word for the album, or even our words, because you can now listen to almost 85% of the music on the album by running time.

But of course we do have words of our own.

“In A Solace Light” is indeed a viscerally moving song, but it doesn’t feel manipulative. The emotions it translates and then inspires in the listener come across as heart-felt and natural, and the allure is even stronger because Arche don’t beat you over the head with what they’re trying to portray. And while the song ranges into ethereal, dreamlike realms, those aren’t the only sensations it provides.

The moods are of course at the dark and deep end of the emotional spectrum, where sorrows and regret hold sway. They come through in wailing and moaning guitars that pierce the heart and glimmering synths that give the music a sheen of alabaster beauty, coupled with singing (and screams) that reveal torment and pain. There’s also a fragile finale crafted from acoustic guitar and the soft sound of symphonic strings that’s spell-binding. It’s in that ending where the song finds solace.

But the music has a very heavy undercurrent too, thanks to grim, distorted riffs, undulating bass lines, and deep, cavern-dwelling roars. The measured drumming itself punches hard, with well-timed variations that enhance the music’s interest but without becoming a distraction. At times, all these facets work in harness with the others to carry the song to heights of heart-breaking grandeur.

And so the music here seems to bridge a divide, between crushing hopelessness and intense yearning for something better, between agony and comfort, between abyssal heaviness and gossamer poignancy. The music flows, carrying the listener across those divides in such captivating fashion that it’s very easy to lose track of time, and very easy to take the trip again right away.

The other long song that’s been out in the world for many months, “Reverential Silence“, is equally immersive, but the spell it creates is disturbing. It brings into play ingredients similar to those you’ve just experienced, but is often more harrowing. Dissonant melodies, tortured howls, and more vigorous and tumbling drumwork create moods of confusion, calamity, and anguish — and it does that on a scale that sounds vast.

It’s as if this opening song on the album was designed to plumb the depths of life’s pain — it’s grief-stricken even in its softer moments — while the closing song ultimately brings a kind of peace.

To return to where we started, it turns out that Transcending Obscurity‘s words of praise aren’t overblown. Transitions really is a magnificent monument of funeral doom that will be very hard for other bands to equal this year.

P.S. You may be curious about what happens in the shorter title song that comes in between these two, the song that explicitly brands itself as a transition. Well… we’re not going to tell you! Something should be left unspoken before the release.

As usual, Transcending Obscurity will release Transitions in a multitude of formats with an accompanying multitude of apparel options, and you can explore all of them via the links below. Credit for the artwork goes to Nate Burns/Revolting Worship. And of course we’re also including a stream of that previously released album track “Reverential Silence“.