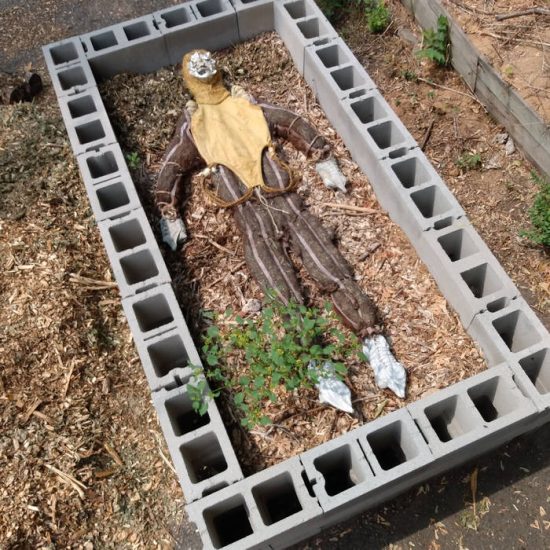 If you search for information about the Minnesota-based project Book of Sand you’ll likely encounter genre references to “experimental black metal”,  as well as lyrical themes that have rooted the band in the so-called “Red and Anarchist Black Metal” (RABM) scene. But the label “experimental black metal” is a vague one. It”s intended to represent a deviation from black metal orthodoxy, but beyond that it may encompass a host of variations that you can’t guess at from the label alone.

In the case of Book of Sand, those variations have included an unusual approach to songwriting and an unusual amalgam of sounds and sensations, weaving ingredients like Javanese gamelan, microtonalities, and 20th-century classical compositional techniques into a framework of raw black metal. And the project’s experimental approach has revealed changes from album to album.

Book of Sand‘s newest album (the first one in five years and the ninth once since 2010) is named Seven Candles For An Empty Altar, and it’s yet another adventure, a stunning one. It will be released on November 1st by Fiadh Productions and Vita Detestabilis Records. They tell us this about the album’s inspiration: 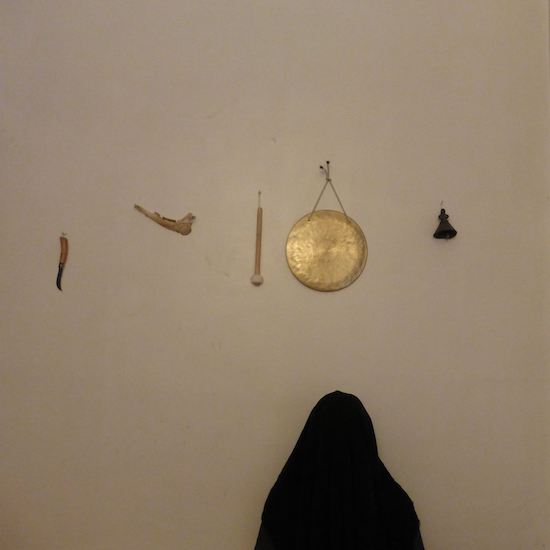 Seven Candles for an Empty Altar is conceived as a second birth for the band, both musically and conceptually, shifting towards an animist conviction in the inner luminosity of all beings, and emphasizing the need to develop different ways of living in freedom with others in the world, given the ongoing collapse of our societies and ecosystem.

What we have for you today is a song from the album named “Kyrie“, and it’s both luminous and majestic, an immersive experience on a sweeping scale, but also unchained, untamed, and even harrowing (and also strangely surprising).

The first minutes and 20 seconds of the song startles the ears with an unusual combination of sounds — immense grand chords and wildly swirling tones, a vivid bass pulse and unhinged screaming. This classically influenced overture is dense and overpowering, and it combines both abrasive sensations and flickering pinpoints of clarity. As the song’s name suggests, there is a feeling of reverence in the music, and of glorious grandeur.

What happens next is equally startling, because that soaring sonic typhoon suddenly vanishes, replaced by tiny, tinny tones that meander and quaver, but soon enough the music explodes in power again, though this time there’s a sense of mourning and perhaps even desperation that comes through in those grand chords that rise above the racing throbs and shattering vocals.

There’s another sudden and strange interlude, one last oddly contemplative pause before one last blazing sonic sunrise to set the heart pounding and swelling.

Seven Candles For An Empty Altar was mastered by Scott Craggs, with artwork by Randi Shandroski, and DCRF was responsible for everything else. Cassettes are available for pre-order now, via Fiadh Productions in the U.S. and Vita Detestabilis Records in the EU.

A portion of the proceeds from all of Fiadh’s physical releases always goes to the charity of the artists’ choice – and most often it’s animal-related. In this case a percentage of the of the physical revenue will support My Lovely Horse Animal Rescue, an animal welfare organization that rescues, rehabilitate, and re-homes unwanted, neglected, and abused animals. Per Fiadh, “US tapes will include plantable seeds to help celebrate this new, hopeful era as Book of Sand strives for a more compassionate world. A DLP & signature paragraph back patches are in the works”.

We’re also including a stream of the dazzling yet mysterious and soul-splintering album track “Soft Sun On Silent Water“, which had its debut via the Antifascist Black Metal Network. It too has the daunting power to swallow up a listener whole in a calamity of towering proportions. The entire album will be premiered by Decibel on Halloween (October 31st), the eve of the album’s release.

One Response to “AN NCS PREMIERE: BOOK OF SAND — “KYRIE””