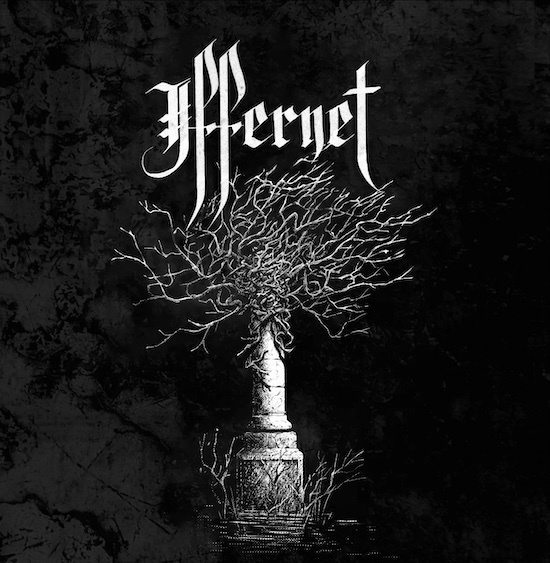 It’s probably a mistake to try to sum up the early defining characteristics of second-wave black metal in broad strokes, because even then there was more diversity in the music than many people usually credit. But certainly one of those defining characteristics was a feeling of rebellion and rejection expressed in strikingly aggressive, and even hostile terms, drawing in part on the spirit of punk but making that spirit feel a hell of a lot more raw and dangerous.

But soon enough other moods began to be detected. It didn’t take long for adjectives like “grim” and “frostbitten” to surface and become staples, and not just because the breeding ground for the music tended geographically to be in cold northern climes. Looking back, it seems almost counter-intuitive for such scalding firebrand music to be characterized that way.

In part it was because haunting and harrowing elements of the supernatural were surfacing in both the themes and the atmosphere of the music, but that’s not the only explanation. It seems at least equally true that, along with rage and ferocity, some strains of the music also manifested an emotional spectrum that reached from melancholy to hopelessness and agony.

Which brings us, many decades later, to the French band Iffernet. 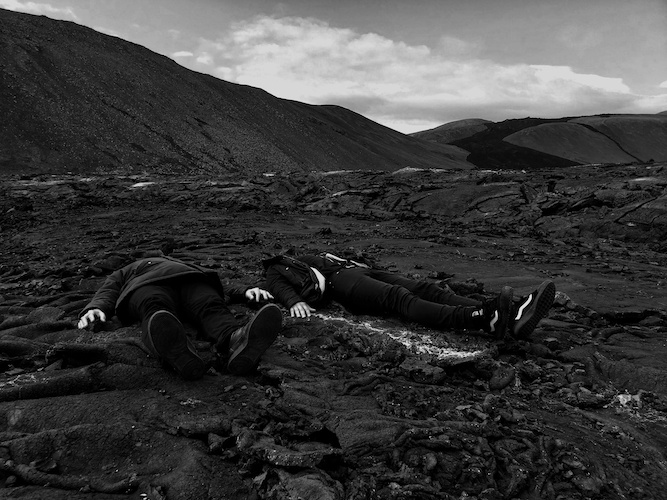 Almost exactly three years ago we had the privilege of premiering a full stream of this duo’s stunning self-titled debut album, accompanied by a lengthy and enthusiastic review which described the album as “a colossal panorama of despondency and despair that’s unrelenting in the intensity of its devotion to those visions, and so powerful in its achievements that it won’t leave most listeners unaffected.”

At last Iffernet are returning with an eagerly awaited second album. This one is named Silences, and it will be released worldwide by a collective of labels on the fast-approaching date of November 4th. As a sign of what awaits us, today we’re premiering the new record’s closing track, “Empty Tomb“.

When you hear the song maybe you’ll understand what prompted us to launch (precariously) into that brief discourse about the early years of second-wave black metal. On the one hand, the song is powerfully tumultuous and ravaging, thanks to the fierce thundering of the drums, the searing waves of whirring chords, and the unchained intensity of a screaming voice.

The music blazes and rakes the senses on a towering scale. It soars and sweeps, and climbs to even greater heights of dramatic and daunting grandeur when the drums become less riotous and the lead guitar rings out, emitting striking fanfares.

But even then, there’s a feeling of loss in the music, a sense of wrenching despondency. Those dark moods become more pronounced when the drums vanish and the guitars moan and toll like funeral bells. To be sure, that’s a spellbinding interlude, but it’s a haunting spell, woven of loneliness and misery.

When the drums return they hit like detonations, and as the music swells in volume and power and the tormented screams sear the senses again, the feelings of desolation in the music are even more devastating. At the finale the band send the scale of the calamity soaring again, propelled by percussive weaponry set to full auto.

Yes, there are grim and crestfallen moods in the music, and maybe a cold feeling of souls being silenced, but the song races the pulse too. In this empty tomb, rage also finds a home. And the song proves again Iffernet‘s formidable ability to both exhilarate a listener and to channel harrowing moods, to create atmosphere even as they mount assaults of visceral power.

As mentioned, a consortium of labels — Vendetta Records, Rope or Guillotine, Breathe Plastic Records, Bad Moon Rising, and La Harelle — will release Silences on LP, CD, and cassette tape editions. Pre-orders are starting now through the labels’ online shops (the European tape edition will follow the others about one month later). Check the links below for ordering opportunities in your preferred format.

SILENCES TRACK LIST:
1. Waiting
2. Life is a Wound
3. Beggars
4. For the Destitute
5. With the Thriving Darkness
6. Empty Tomb