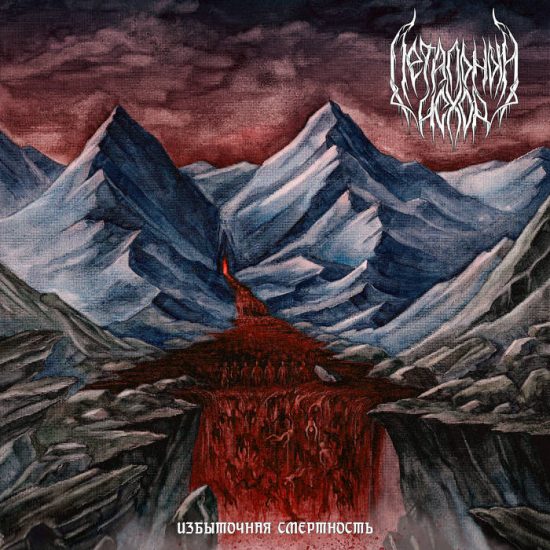 Because most visitors to our site are English speakers (to one degree or another), we’ve used English translations for the name of the band whose song we’re premiering today, and the song name as well. But the band themselves are steadfast in their use of the Russian language, both in displaying their name and in the rendering of the title of their debut album and all the song names.

In their music, this group from the Urals have devoted their talents to old-school death-thrash, but with other ingredients in the mix, drawing their inspirations from the early works of Protector, Sepultura, Sodom, Obituary, Deicide, Mayhem, and Asphyx. The song we’re presenting today also proves the dynamism of the band’s songcraft. 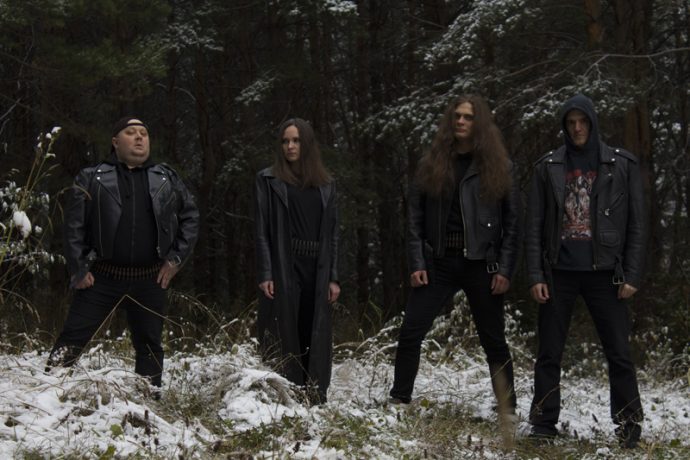 In a compact three minutes and change, this new song stomps and races, jolts and convulses. In its most frenzied contortions the drums blast and the heavy, down-tuned riffing becomes a vicious whirring blizzard of sound. When it stalks like a black menace the band still keep the energy level high, erupting in tumultuous double-kicks and ejecting a supernatural reverberating solo that wails and soars.

But despite the track’s compact length, the band continually switch things up, bolting into rhythmic gallops and chord progressions that channel an almost gleeful sense of the sinister, and bringing into play another melodic solo that’s still eerie but also feels forlorn, which serves as a prelude to one last wild and savage musical race and a final bout of hammer blows to the listener’s neck.

Through it all, vocalist V.V. sounds like an attacking panther, using her voice to create an added element of howling hostility and teeth-bared savagery.

Satanath and Metal Race will release the album on digipack CD with an 8-age booklet, and a digital version is forthcoming from Satanath as well. Check the pre-order links below, and also give a listen to the previously released song “Похороны бога” (“God’s Funeral”).