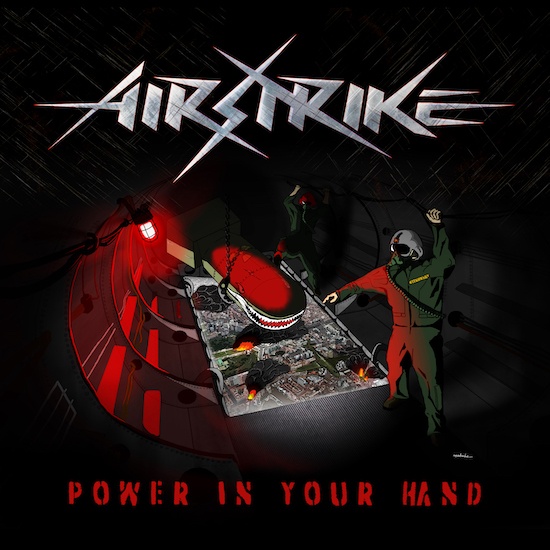 The Polish band Airstrike has experienced what one might call a long period of gestation. Formed in 2014, they’ve undergone line-up changes, written and toured (now with almost 30 concerts under their belts), and spent the last two pandemic years heavily focused on finishing their debut album. At last, that album is complete, presenting 11 tracks of high-powered but dynamic thrash and heavy metal.

The name of the album is Power in Your Hand, and today we bring you an official video for the record’s turbocharged title track. 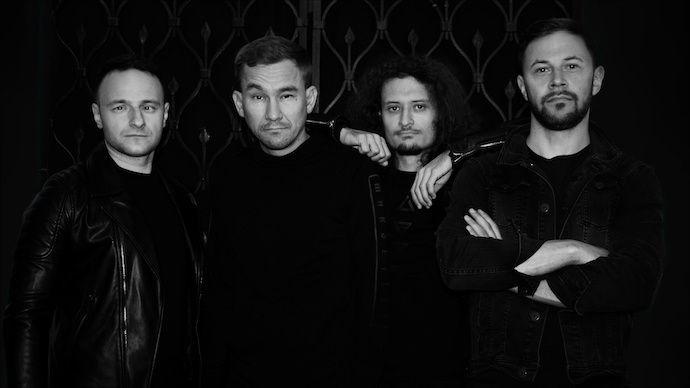 In the video, an older man dressed in military fatigues places his gun on a desk, lights up a cigar, and begins perusing paperwork. The phone rings, he passes on a few dismissive words, and sips his whiskey. And that’s the prelude to Airstrike turning on the ignition to the fire-breathing machine they call “Power In Your Hand“.

The song’s galloping beats and riotously roiling riffs get the adrenaline going fast and strong, coupled with gritty vocals that rage (and are reminiscent of James Hetfield). The military man barks his orders, bombs fall, rockets blaze, and the lead guitarist expels a mad solo. Scenes of destruction cross the screen, and the band keep pumping the pulse and driving the song’s sharp hooks, and they push it even further into the red zone with additional swirling and fret-melting solos.

“Power In Your Hand” is longer than the average thrash attack, and you’ll understand why when the band use the extra time, following a bridge, to cut the pace and deliver a ticket straight to headbang city, with a riff that’s highly addictive but also has an edge of darkness and despair to it — followed by one last fireball of heart-pounding fury.

It’s clear from the video that this is an anti-war song. Lyrically, other tracks embrace the need for resistance. As they explain, “The subject of the songs is a bit anti-war, a bit anti-political, pseudo-psychological, eccentric, energetically lyrical, trying to force some reflection or reflection alongside hi-speed riffs.”

Airstrike will release this debut album on November 18th, on CDs and across many digital streaming platforms. Check the links below for more info as the release date approaches, and we also invite you to get into the previously released video for the mid-paced, gut-punching, head-hooking song “Prey“, which is both grim and glorious and features some delicious dual-guitar soloing. This video features a group of misogynistic sadists and their bloodied victim — who turns the table on her captors. 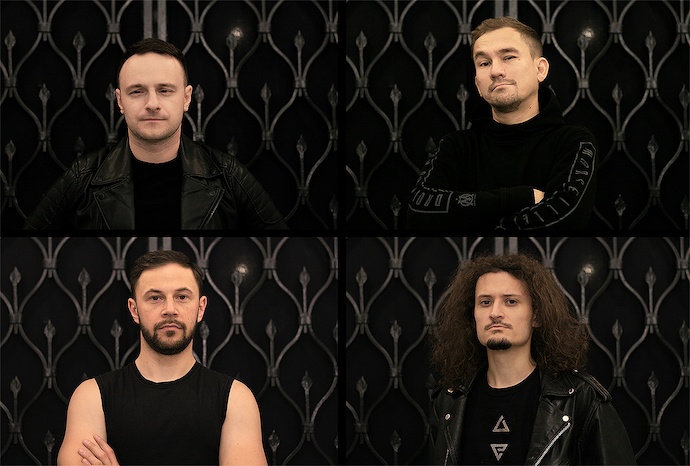 One Response to “AN NCS VIDEO PREMIERE: AIRSTRIKE — “POWER IN YOUR HAND””