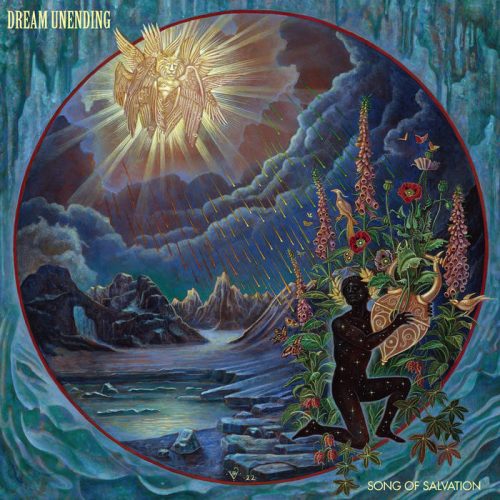 If you know anything about us here at NCS – beyond our charm, good lucks, and our unwavering loyalty (and, yes, I am riffing on a previous intro, what of it?) – you’ll know that we’re not afraid to admit when we’re wrong.

That being said, I still stand by my decision to include Dream Unending‘s first album in my list of the most “Disappointing” albums of 2021 as, while I didn’t hate it by any means, the amount of hype around it was completely unjustified.

It wasn’t really the band’s fault, to be fair, but, from the reactions by some of the Metal Media (a lot of which seemed content to just lazily regurgitate the press materials) you might have thought that they were the first (and only) band to ever consider combining the dolorous heft of Doom with the dreamy dynamics of Post-Metal (or that Paradise Lost had never existed).

However, I am happy to report – very happy, as a matter of fact, as I always felt this project had promise, despite being so critical of their debut – that Song of Salvation is a huge step up, and a huge step forward, that just might live up to most (if not all) of the hype around the band. 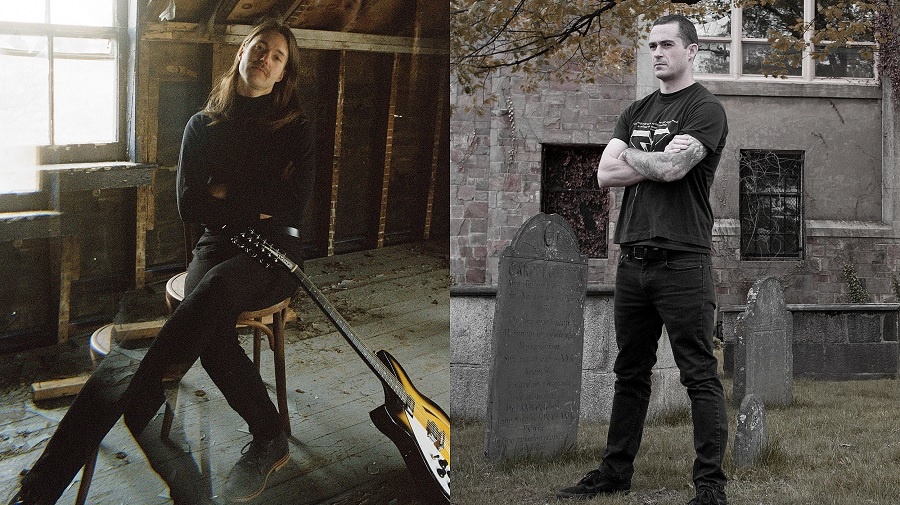 Now, let me be clear about something – I still don’t think this is quite “album of the year” stuff, despite what some might say/think. The vocals still have a tendency towards monotony over long stretches (though thankfully this is less of an issue due to their more judicious usage and better placement this time around), and the middle of the album definitely sags under the weight of unfinished ideas (especially the half-sketched “Murmur of Voices”).

But when it does strike gold, well… this time around the effect is undeniable.

Take the opening title-track for example, where the added warmth and depth of the production (which, not to put too fine a point on it, plays a major role in the album’s success), coupled with an even greater emphasis on rich, emotionally resonant lead melodies (something which, as you’ll come to find out, serves as a decisive, and defining, factor for the album as a whole) and an altogether more fluid and natural sense of light-and-shade songwriting – at times taking on an almost Katatonia-like quality – serves to mark this moment as a quasi-rebirth for the band as they finally begin to blossom into their full potential.

It’s a powerful, and poignant, opening statement for a record which (no matter how you felt about the group’s debut) obviously has a lot riding on it, and it’s even more gratifying when the quality doesn’t dip at all going into “Secret Grief” which – while considerably more concise than its epic predecessor – nevertheless continues to expand and elaborate on the band’s growing sense of their own identity, with the addition of Phil Swanson’s heart-rending clean vocals and Leila Abdul-Rauf’s mournful trumpet both serving as artful juxtapositions against the doomy riffs and gloomy growls which dominate the song’s second half.

And while, as I’ve mentioned, the middle of the album still feels a little underdeveloped (to be clear, I can tell what the duo were aiming for, they just don’t quite hit the mark, in my opinion) none of that continues to matter once “Ecstatic Rain” begins to bleed out of the speakers, quickly making it clear that Vella and DeTore have saved their very best for last.

This song, my friends, represents everything that people said (prematurely, as it turns out) that the band’s first album was – or could have been – and then some, marrying some of the darkest, most dramatic riffage of the group’s short-but-storied career so far with a sense of atmosphere and ambience that is distinctly and unequivocally them.

What really makes it work, however – as it moves, slowly yet assuredly, from one captivatingly cathartic moment to the next – is the added vocal variety provided by McKenna Rae, Max Klebanoff, and Richard Poe, with the former in particular playing a vital role in giving the track the sort of cinematic colour and character that so much of the first album so often hinted at, but rarely managed to achieve.

Seriously guys, invite her to join the band – maybe even ask her to play bass live – and you’ll be a proper power-trio in no time at all!

In conclusion, then, while I was previously skeptical about Dream Unending‘s long-term status as anything more than a slightly-underwhelming side-project, this album has seriously made me reconsider my position.

It isn’t perfect, by any means, and there’s certainly still room for improvements and/or refinements to be made (further embracing the clean vocals, for one), but this is one case where I’m very glad I gave the band another shot, as it sounds to me like they’re really – finally – onto something here.