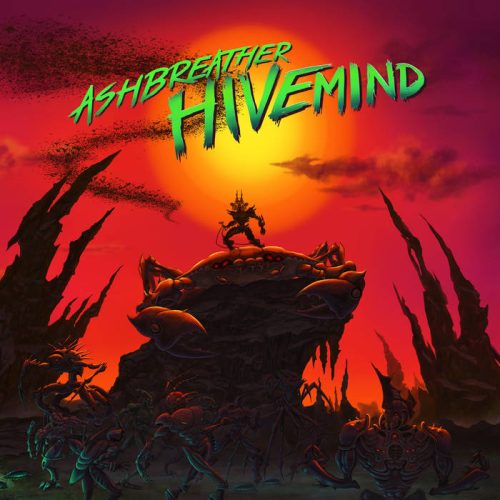 While we’re not averse to writing about some of the bigger names in Metal here at NCS – though this year, if I’m not wrong, we’ve actually chosen not to feature several of the “big” names, due to the fact that they get more than enough coverage already – our focus is always on showcasing and supporting the work of those bands who might otherwise fly under the radar (at least in terms of the wider Metal scene).

So, in that spirit, today we’re turning to a cinematic, single-track concept album by a Canadian trio whose music is best described at “Progressive Sludge”, with a heavy emphasis on the “Progressive” part of the equation, and a penchant for throwing in some unexpected creative twists along the way. 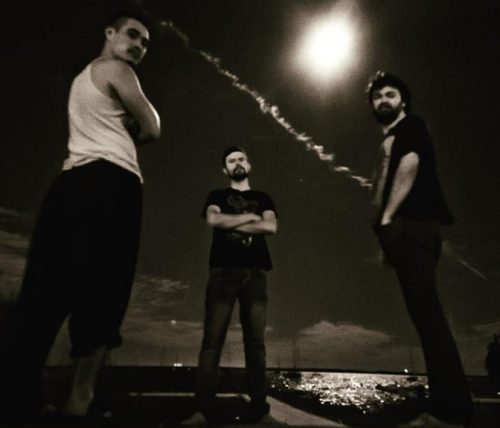 It’s interesting to note that the first incarnation of the band (prior to changing their name and finding their own sound) was an Opeth tribute act, as while there’s still a few subtle influences from Akerfeldt and co. to be found here (mostly in the album’s more indulgently proggy moments) Ashbreather‘s sound seems far more informed by the likes of early Baroness, Mastodon (circa-Blood Mountain) and Yob.

That being said, it also – to the band’s credit – doesn’t sound exactly like any one of them in particular, and the closest comparison that readily springs to mind, after running through multiple cycles of Hivemind over the past week, is with those delectable Prog-Metal dynamos in Dvne, although even here the similarities are far from 1:1.

Disregarding who the band do, or don’t, sound like for a moment, however – and, really these are more sign-posts to help guide the curious more than anything – their new album quickly lets you know that Ashbreather have more than enough talent, and ambition, to stand on their own and stand out from the crowd.

Let’s face it, single-song albums aren’t exactly all that common, and while it’s possible to listen to this record in smaller, more bite-sized chunks, doing so means you’ll be missing out on hearing it as it was meant to be heard.

You also won’t get to fully appreciate the journey the album takes you on if you only decide to dip in and out, as the first third-or-so of the record quickly establishes the band’s bombastic Prog-Sludge bonafides – all intricately hooky, intensely proggy guitars, prominent, propulsive bass-lines, and dizzyingly dynamic drumming (courtesy of the immensely talented, and impressively creative, Colin MacAndrew) that run the gamut from gnarly grooves to tense, blast-driven turbulence, incorporating both moments of moody introspection and passages of shamelessly technical showboating – before the trio decide to ease off the metaphorical gas and let the more unconventionally atmospheric side of their sound rise to the surface a little more.

It’s here that you really get a feel for the group’s more esoteric inclinations, with the use of synths, saxophones, and samples making for a wonderfully weird shift that nevertheless proceeds organically from everything that’s gone before it and, in turn, flows smoothly into the final third of the album, which combines the all of the various eclectic, extreme, and emotional aspects of the band’s identity into a thrillingly grandiose finale that seems purposefully designed to leave you wanting more.

Indeed, perhaps the biggest compliment I can give this album is that it simultaneously feels bigger and more epic than its thirty-seven minute run-time yet never feels too big, or as if it’s trying to do too much, making for an all-round engaging and invigorating listening experience that you won’t have any problem going back to, again and again.