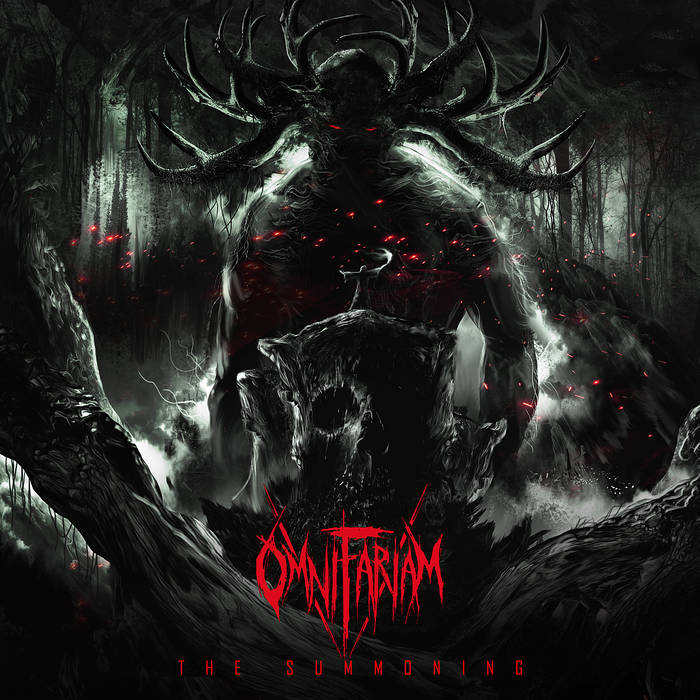 What brought that morbid thought to mind? Well, you can guess from the title of this feature. It’s the obliterating new EP The Summoning by the Puerto Rican death metal band Omnifaiam, and in particular the EP’s powerhouse opening song “Deceivers of the Bleak“. 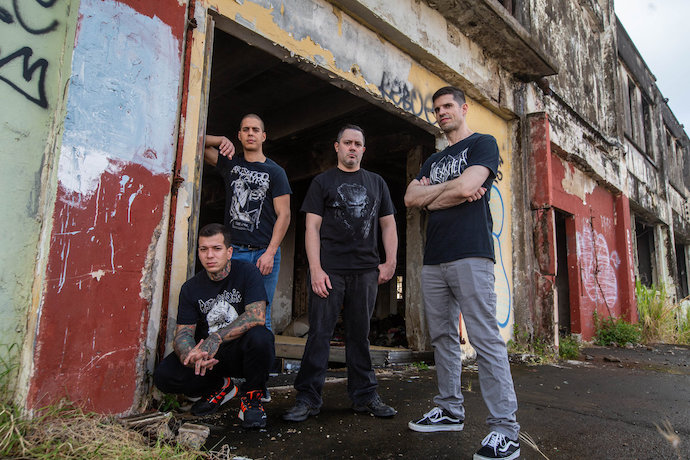 That first song begins with a searing whine, the only warning you get before it explodes in a brazen surge of battering drums, magma-like bass undercurrents, maniacal howls, cavernous roars, unhinged screams, and utterly vicious riffing. As the tremolo’d chords rise and fall, they channel moods of cruelty and despair, of madness and mayhem, and the band pick their moments to inflict moments of jittery frenzy and jolting trauma.

Just that first track reveals a band with a powerful engine firing on all cylinders, equally adept at both kicking up your adrenaline levels and also infiltrating moody and malignant melodies that give their music memorable character. The song also displays a modern production that allows each instrument and vocal variation an equal place, but without sacrificing the music’s visceral force. 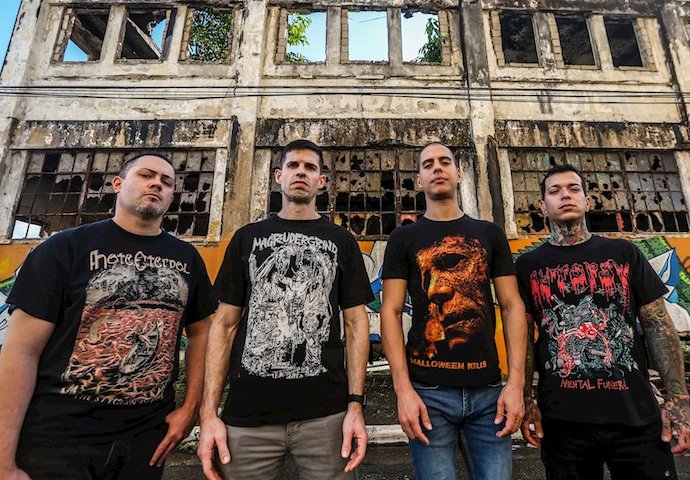 The EP’s other four songs are equally electrifying, scarring the senses with boiling riff-lunacy, fracturing the spine with brute-force grooves, and cutting throats with bestial vocal ferocity. Mayhem is the main line, especially when the band really cut loose in roiling and writhing fretwork blizzards and off-the-hook percussive fusillades, as they do with terrifying effect in “Enslaved” — a song that also includes a thuggish breakdown, and a whirring melody that’s freighted with anguish.

That song is yet another vivid reminder that Omnifariam are ahead of their years as song-writers — they’re very good a beating us senseless, but they give dark melodic riffs an equal place of prominence. You get another quick reminder with the downcast opening of “The Outsiders”, a song that remains forlorn and desperately hopeless in its moods even when it begins pounding like a pile-driver, and the harrowing emotional intensity of Gabriel Muñoz‘s remarkably wide-ranging vocals is unrelenting.

The songs also repeatedly rivet attention to the nuanced work of bassist Jorge Hernández and drummer Josean Orta, whose interplay is just as vital to the EP’s success as those horrifying vocals and the fleet-fingered but melodically adept work of guitarist Eric Martínez, who’s as good at discharging ear-worms as he is cutting listeners to pieces.

Straight through to the grim but galvanizing closer “Dehumanized”, The Summoning is a swift but very satisfying new release by these Puerto Ricans, and one we’re now very happy to share with you:

We’ll also share the band’s comment about this new release: “The Summoning is our first EP featuring Josean Orta from Fit for an Autopsy. This record is a natural evolution from our previously released material, making it our darkest and heaviest record yet. We are extremely excited to have it out there.”

The Summoning is set for imminent release on November 18th, in CD and digital formats. It features striking cover art by Giannis Nakos and it’s available for pre-order now

Here’s one more interesting piece of info: We’re told that when the band asked Josean Orta to record the drums for this EP, he enthusiastically accepted the offer. “Orta had knee surgery in 2020, and he used this opportunity to start getting back in shape to go on the road with Fit for an Autopsy. He eventually decided to stay as the full-time drummer of Omnifariam“.

Last but not least, we’re including a pair of previously released videos for two tracks from the new EP.