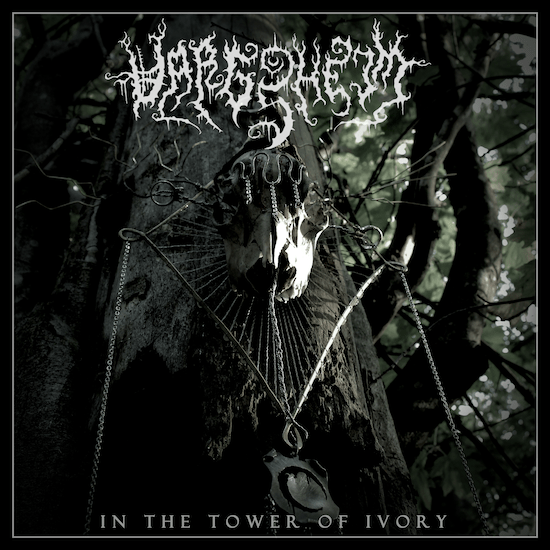 Over a career that now spans more than 15 years the German band Vargsheim have made their music a home for wolves, but these wolves have proven to be surprising shape-shifters as well. Black metal runs through their veins, but this trio — the brothers Kaelt and Harvst and drummer Naavl (all of whom are live members of Imperium Dekadenz) — clearly have many other musical interests, and continue finding ways to indulge them under their banner.

That observation proves most true in their forthcoming fifth album In the Tower of Ivory, which will be released on December 9th by the band’s new label Crawling Chaos. We have a thrilling example of what they’ve accomplished in today’s premiere (through a video made by Kaelt) of the new record’s title song. 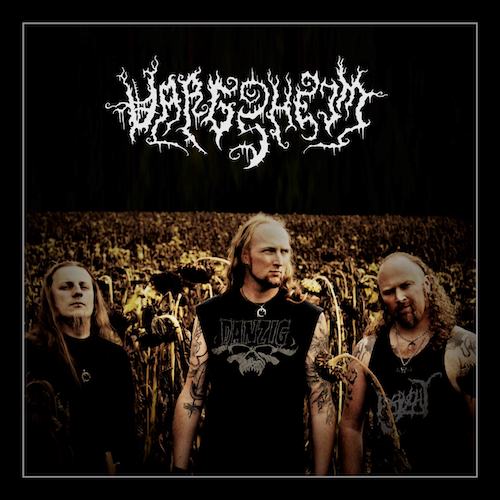 As a preview, we share these comments from Kaelt (guitar, vocals):

“Never have we made it so difficult for ourselves as with this album. The basic framework, rhythm guitar, bass guitar and drums, was recorded live in the rehearsal room, which was upgraded to a studio. Everything that was considered fixed until then was called into question and so we tuned the guitar and bass a whole tone lower after completing the first demos.

“When the album already was recorded entirely in German, we tried English lyrics for some songs – which resulted in 5 of 8 tracks now being in English. Only what convinced completely made it further.”

You’ll get a feeling of free-ranging but carefully thought-through experimentation at work when you hear the song we’re presenting today. “In the Tower of Ivory” is an exhilarating but seamless genre-splicer. As it slowly builds and then begins to morph and contort you can pick out bits and pieces of doom, psychedelia, prog, and rock, entwined like vines through a daunting framework of black metal.

The simple but mysterious and seductive melody that you’ll hear in the opening seconds, and variations on it, also twine through the song, and it burrows deeper like a proverbial ear-worm as it goes. It’s also heavy song, thanks to the fuzz-bombed bass lines and booming drum strikes, but the guitars ring through with piercing clarity, both soaring and squirming, and tracing moods of menace, pain, and wonder.

Double-kick thunder and boisterous fills switch off with rocking beats, and eventually there’s a burst of blasting beneath a blizzard of dense and deleterious riffing, where savage serrated snarls surge into wild screams. That outburst has a dismal feeling despite its pulse-pounding energy, but that central melody, augmented by trilling tones of brilliant brightness, rescues us from the abyss, and at last seems almost hopeful.

It’s not only the music that seems experimental. Harvst, who has traditionally been responsible for Vargsheim‘s artwork, this time traded his paint-brushes for silver wire, welding torch, and skull bone to create a three-dimensional work for the album cover. Moreover, Naavl contributed melodies on his self-made violin for the first time.

In terms of thematic content, “the album deals with human arrogance, the rampant civilization diseases of narcissism and craving for recognition, and their effects on the world”.

Crawling Chaos will initially release the new album on CD and digital formats. A vinyl edition has also been ordered, but won’t be available until the spring of next year. For more info about the release and how to acquire it, keep an eye on the links below.