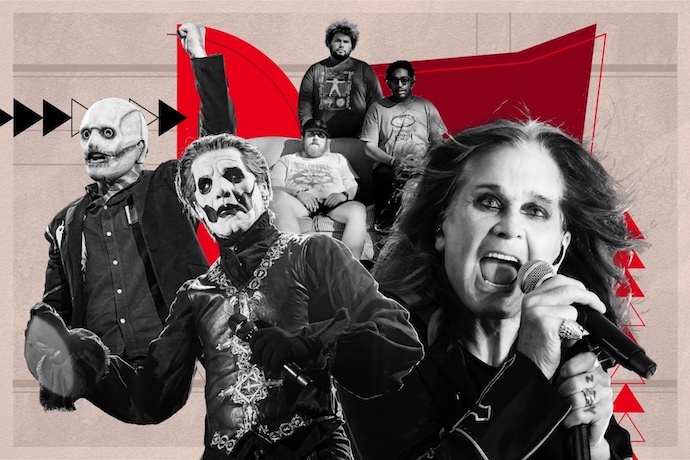 Rolling Stone magazine should need no introduction, so I’m not going to provide one. Two years ago we didn’t include a Rolling Stone metal list in our year-end LISTMANIA series — because they didn’t publish one. Though we surmised that they had jettisoned the idea permanently, their Top 10 metal list made a return in 2021, and this year they’ve expanded the list to 15 names.

Rolling Stone discloses nothing about the process they used to compile this list, but (not surprisingly) it leads to the inference that they must have felt commercially obligated to include some of these albums from big names. Otherwise it’s very hard to swallow that anyone honestly thought all of them were among the 15 best metal records of the year.

On the other hand, as they did last year but even more so this time, Rolling Stone included some records from truly underground bands that truly were very good, i.e., those from Blackbraid, Mizmor + Thou, Mo’ynoq, Wormrot, and Chat Pile. And lo and behold, Soul Glo and Undeath add to their accolades from sites like this one by taking the No. 1 and No. 6 slots, respectively.

Well, let us know what you think of the list. You can find it in its original form, with the magazine’s commentary, HERE. Also, just to be extra-clear, even after all these years: This is not our list. This is Rolling Stone‘s list.