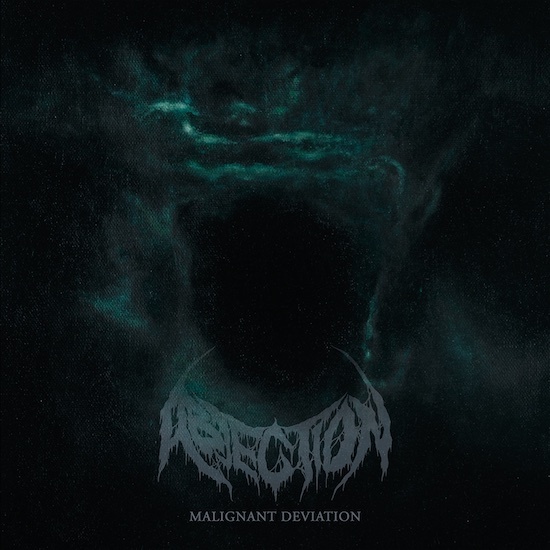 We all have experienced the in-between mental states that occur as we descend into sleep and then emerge again into wakefulness, not being fully awake or asleep (the scientific terms for these similar but not identical phases are hypnagogia and hypnopompia). In those phases, it’s not uncommon to experience hallucinations, and sometimes sleep paralysis or lucid dreams. In the song we’re premiering today, “An Illusion of Sleep“, the lyrics suggest that the Canadian death metal band Abjection are exploring the unreal disturbances that can occur in these blurred transitional conditions — and the music itself manifests turmoil and insanity in frightening but electrifying ways.

“An Illusion of Sleep” is the first track to be revealed from the band’s ravaging debut EP, Malignant Deviation. It will be released by Godz ov War Productions on March 25th.