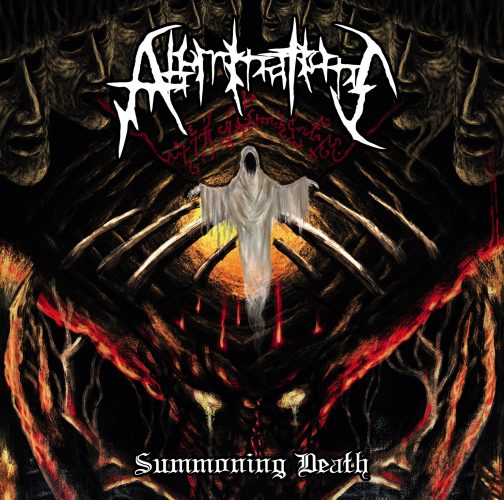 The German band Imperceptum (from Bremen), has released two EPs and three albums. I’ve reviewed all of them excerpt the first EP. At the risk of oversimplifying the experience of Imperceptum’s music, it combines elements of atmospheric black metal, funeral doom, ambient music, and post-metal to create long void-faring journeys that are both terrifying and beautiful.

The richly textured music moves from immense hurricanes of cataclysmic fury to slower, earth-shattering, and crushingly bleak expositions of doom, to illuminating drifts through astral planes or across the yawning maw of deep space. Sweeping and soaring movements of vast and alien grandeur are juxtaposed against harrowing, blood-freezing storms of shock and awe. All of the releases are immersive; the songs are long, but for this listener the minutes seem to pass without any consciousness that time is passing.

I provide that prelude to explain the thrill I felt when I learned that Imperceptum’s sole creator (who goes by the nom de guerre Void) has another project, a death metal operation named Abominations. Abominations released two demos in 2016 — Realms of Horror and Darkness and Insanity — and a debut album, Summoning Death, will be released in March. Today we bring you a stream of its first single, “Invasion of Unearthly Beings“. END_OF_DOCUMENT_TOKEN_TO_BE_REPLACED