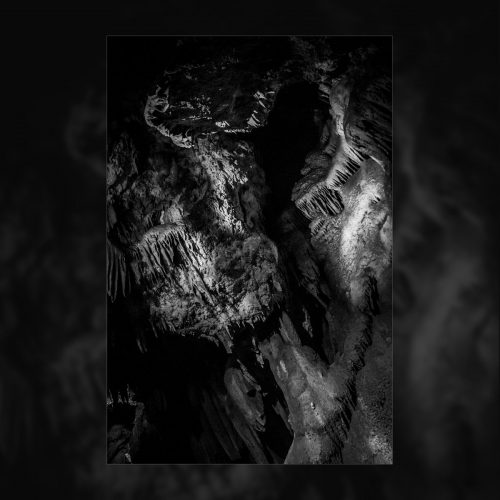 Beginning in 2018 the French black metal band Abyssal Vacuum has released two EPs, with a third one due for release by Egregor Records on December 1st. These three EPs collectively include nine tracks that have been identified in sequence by Roman numerals (and one cover song), with the most recent release — identified as MMXIX — consisting of tracks VII, VIII, and IX. And today we’re premiering streams of those three new compositions.

For those new to Abyssal Vacuum, it is the solo work of Sebastien B., although he is accompanied on this newest EP by drummer Enno P., and samples have been provided here by Moïse M. Perhaps one of the reasons why Abyssal Vacuum dispense with words in naming their songs is because the atmosphere created by the collage of sounds doesn’t seem quite human. END_OF_DOCUMENT_TOKEN_TO_BE_REPLACED 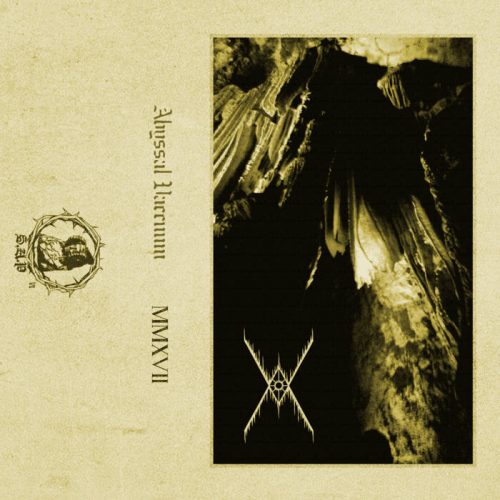 Abyssal Vacuum’s new EP reveals a distinctive musical vision and “voice”, the three songs offering a conception of atmospheric black metal that manages to be both mesmerizing and strikingly intense. It’s described by the label that’s releasing it as emanations from a deep and cavernous abyss, “like exploring the darkest caves of Earth”, but the experience it creates might also bring to mind the mysteries of the cosmos lurking in a hostile off-world void.

Abyssal Vacuum is the solo project of French creator Sebastien B. (of Dyslumn and Ominous Shrine), and the project’s first release, which was recorded around the end of 2017, is being made available this week, both digitally and on cassette tape, by the French label Solar Asceticists Productions. What we have for you today is the premiere stream of all three tracks that appear on the EP. END_OF_DOCUMENT_TOKEN_TO_BE_REPLACED