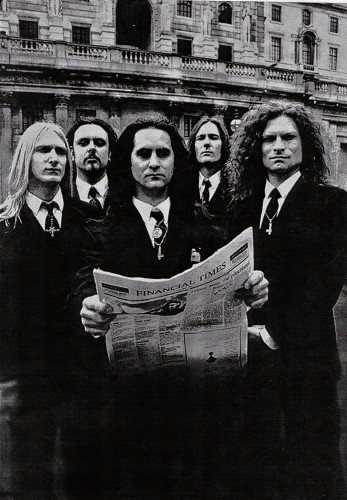 When I woke up at an ungodly hour this morning and then woke up my computer, my bleary eyes were immediately greeted by a bombardment of links from friends to the song stream you’re about to hear (or re-hear): The first new song from Akercocke since the band’s dissolution in 2012, with their last album being 2007’s Antichrist.

The song was broadcast on the Radio 1 Rock Show on April 24, and some enterprising soul recorded the radio stream and uploaded it to YouTube. The uploader made this comment: “The intro sounds like it’s slightly cut off but unfortunately the radio station played right into it, so although it sounds like the intro is cut off, it isn’t, the song just starts that way.” END_OF_DOCUMENT_TOKEN_TO_BE_REPLACED