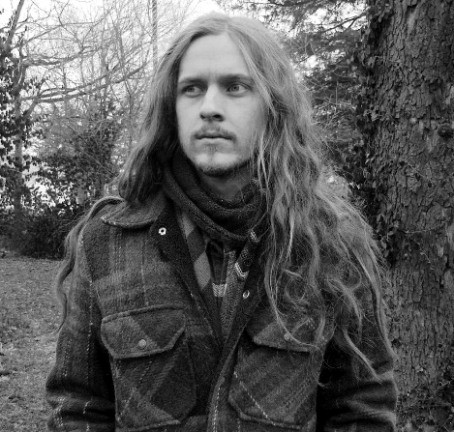 (Austin Weber snagged a rare interview with Adam Kalmbach, the man behind Jute Gyte, and here it is.)

I’ve been a very big fan of the experimental microtonal black metal group Jute Gyte for a long time now, and recently reviewed his new album, Ressentiment, here at NCS. So I decided to try and set up an email interview with sole member Adam Kalmbach, and he was gracious enough to answer all of my questions. As you will see below, he is a very well-read, articulate, and intelligent artist.

I remember reading an old interview with you somewhere on the internet where you said that you had a lot of music written before you ever recorded anything. I mention that because I noticed at the credits portion of the Ressentiment album page on Bandcamp that this music was written in 2011-2012. Do you still have a glut of music to record, or are you working mainly from fresh material now?

Though very occasionally I come across something I wrote down but never recorded, I think the situation you’re referring is actually that I had a lot of music recorded but not released. Ressentiment, like Vast Chains and Discontinuities, was put together over a two-year span ending in 2012, but it is only now being released. I am happy to say that I am working on fresh black metal material now. I have a lot of electronic material I’m sifting through and endlessly revising but I suspect that will always be the case.

Were you ever a part of any bands pre- Jute Gyte that involved other people?

Nothing pre-Jute Gyte, though I’ve occasionally tried playing music with others. About five years ago I was part of a group with a bassist and drummer I am friends with, but we never made it past the rehearsal stage. Playing music with other people can be fun and educational but I am so accustomed to my own way of working that quotidian band stuff, like playing the same material again and again and not having total control over the material, seems burdensome. END_OF_DOCUMENT_TOKEN_TO_BE_REPLACED