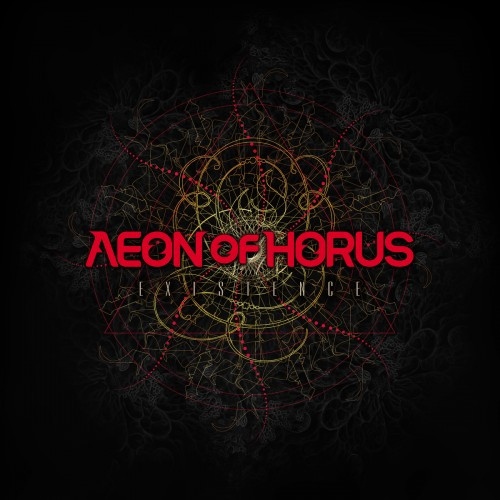 (Continuing with our week-long series of daily reviews by DGR, here’s a write-up on the 2014 album by Aeon of Horus.)

On occasion, it seems like we’ll randomly take the site through bursts of music that are coming out of Australia. Australia has a hell of a metal scene and it is one that always seems to have a couple of really good acts just off of the periphery and hidden from view. No idea why, whether it be travel expenses or those huge bodies of water that separate it from the nations where most of the media that cover metal seem to be based. Whatever the reason, we can use the power of the internet for some good, because it really has allowed us to stumble into and search out all sorts of amazing bands.

Aeon Of Horus are a Canberra, Australia-based progressive metal band. I hesitate to call them death metal, because outside of a chosen grunted vocal style the band are much more in favor of using different angular riffs, start-and-stop heavy dynamics, and various ways of interweaving a keyboard into the music.

They’ve received some critical notice before, yet 2014 brings forth only their second new album. They released an EP in 2011, but the gap between full albums is much larger, with a six-year space between the group’s new album Existence and their 2008 release, The Embodiment Of Darkness And Light. END_OF_DOCUMENT_TOKEN_TO_BE_REPLACED