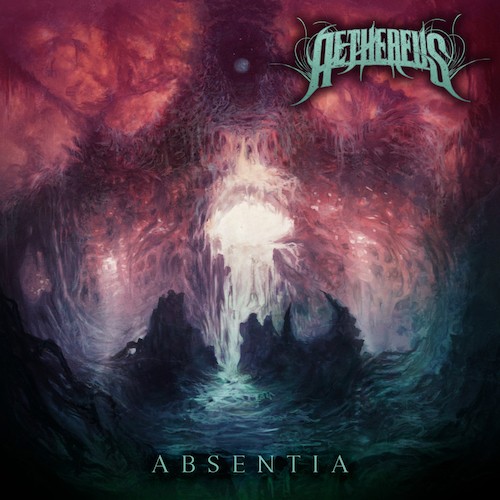 Back in mid-June we had the pleasure of premiering a lyric video for a song called “The Pale Beast” off the debut album by the Tacoma, Washington band Aethereus, whose progressive approach to death metal fluidly combines atmospheric, technical, and melodic aspects of the genre with compelling results. Back then, the release date for Absentia seemed a frustratingly long way off, but now it’s out, having hit the streets on August 10th via The Artisan Era. And to help spread the word, we’re again fortunate to bring you a video for another one of the album’s marvelous tracks, “That Which Is Left Behind“.

To put the song in context, “That Which Is Left Behind” appears sixth in a nine-track running order, within an album that (as the band explain) is “loosely structured around the Kübler-Ross Five Stages of Grief (Denial, Anger, Bargaining, Depression, and Acceptance)”. Moved by the death of the band’s original bassist Shaun Hansen, the band chose to compose and arrange the album in a way that follows the stages of grief “and describes the experience of losing a loved one and the lasting impact that person’s absence has on an individual, a group, and life as a whole”. END_OF_DOCUMENT_TOKEN_TO_BE_REPLACED 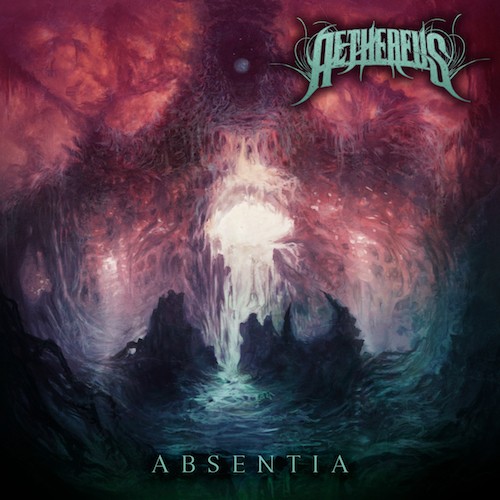 Sometimes visual metaphors are the most vivid means of capturing the sensations of hard-to-describe music. The imagery that came to this writer’s mind in listening to the song we’re premiering here was an extravagant fireworks display, or a kaleidoscope being spun at the speed of a turbine. The music is equally dazzling, the kind of performance that will leave most listeners wide-eyed in wonder, and smiling in delight.

The song (presented through a lyric video that makes good use of Sam Nelson’s wonderful cover art) is “The Pale Beast“, the final track on Absentia, the debut album of Aethereus from Washington State, which will be released on August 10th by The Artisan Era. It’s a prime example of this group’s brand of progressive death metal, which (as the label accurately describes) “deftly combines elements of atmospheric death metal, ferocious technical death metal, and more overtly melodic death metal”. Once you’ve heard the music, it’s not surprising that Aethereus cite Obscura, Spawn of Possession, Cynic, and Gorod among their prime influences. END_OF_DOCUMENT_TOKEN_TO_BE_REPLACED