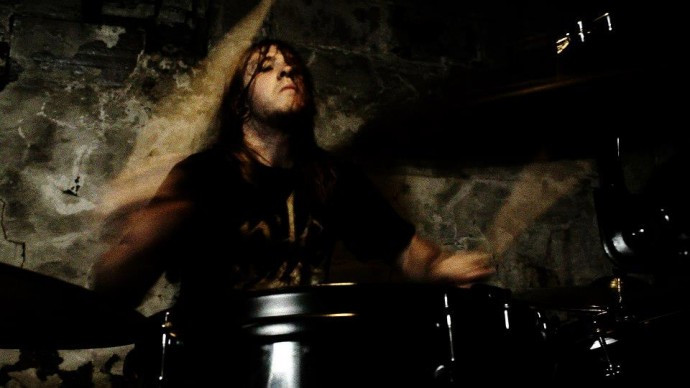 (In this post, our own Andy Synn turns in an interview with Alan Cassidy, formerly of Abigail Williams and now the designated hitter for The Black Dahlia Murder, whose new album Everblack is coming to North America on June 11 via Metal Blade.)

Hello Alan. So to start things off, please, introduce yourself to our readers.

My name is Alan and I like to party… I also play drums for The Black Dahlia Murder.

Ok, simple enough! Let’s keep on with some basic background information. When did you first start playing drums, and who were your earliest inspirations behind the kit?

I’ve been playing drums ever since I was a baby. I used to grab toys and piece together makeshift kits to bang on. I grew up listening to the Beatles cause of my dad so Ringo was there from the start but my early influences on drums were mainly Travis Barker and Joey Jordison. I loved the speed Travis had with all the interesting fills and drum beats he would put into songs and Joey had a cool style too but he was one of the first guys I heard playing double bass.

What bands were you involved with prior to being picked up by Abigail Williams/The Black Dahlia Murder?

I started out playing for a band called The Breathing Process in 2008 then I joined a band out of Ohio called Karen Page that had some guys from another band I had met there while I was in The Breathing Process. After that I joined Abigail and then Dahlia. END_OF_DOCUMENT_TOKEN_TO_BE_REPLACED