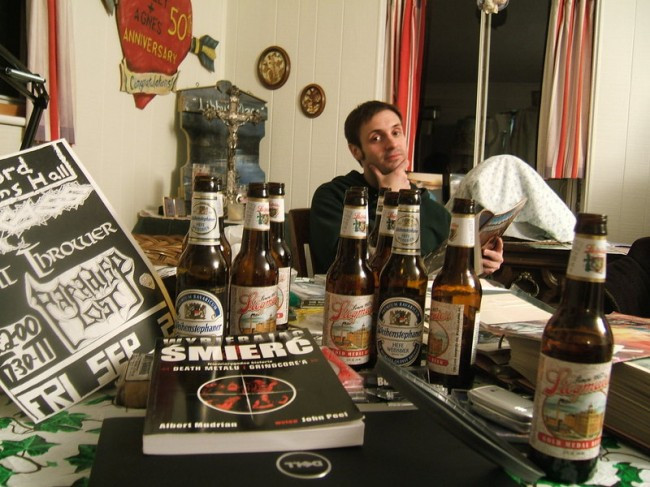 (Shortly before The Number of the Blog met its sad demise, TNOTB began publishing an interview series called “Keyboard Warriors” written by a relatively new TNOTB staffer who called himself Rev. Will. Because the archive of TNOTB posts seems to have exploded in a spatter of bits, never to be seen again, we agreed to give these interviews a home here at NCS. We started on Sunday and have been posting one per day this week. Today’s interview was originally published late last year.)

Surprisingly, most professional metal writers actually don’t sport long manes and subscribe to heavy metal fashion like many of their writing subjects do. Maybe it’s because sitting down for hours and slogging it out on the computer keyboard, rushing out multiple reviews and features like a drone, can get really tiring and warm around the rear end; and the fact that long hair causes an itchy hotness to prickle the area around the ears, eyebrows, and the back of the neck as well doesn’t help much.

Being a journalist of any kind is actually quite a daunting job. It is pretty safe to say that journalism related to stuff-that-ain’t-important-from-a-macro-point-of-view (meaning subjects that aren’t essential to a normal human being’s ability to survive in the practical world out there) is a largely unnoticed (and hence, thankless) job that is strictly reserved for the extremely passionate only. And extremely extreme our dear interviewee is when it comes to metal journalism.

This is the easiest interview I’ve edited in this column so far by the way. The power of a magazine’s Editor-in-Chief is not to be taken lightly, folks. The dude even bothered to italicize all object names; I guess being Decibel’s Editor-in-Chief really made him attentive to such small details that usually only matter to metal writers themselves. Damn, interviewees like him really make a budding keyboard warrior like me as happy as a TFD missile warhead. END_OF_DOCUMENT_TOKEN_TO_BE_REPLACED