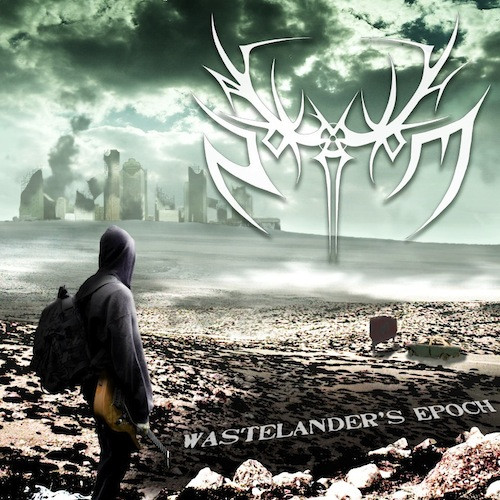 (Today we continue our series of guest posts with another review by “Andrew Jackson” . This time his subject is an album by Algarothsyum.)

Algarothsyum is a band that, chances are, you have probably never heard of. The band’s first LP is six months old and definitely has not received nearly as much exposure or praise as it should (unfortunately, so is the case for many other bands). So, when my good friend Israel (AKA: TheMadIsraeli) asked if I wanted to write a guest post or three for No Clean Singing this was one band that I just simply had to cover.

Algarothsyum is best described as an Atmospheric Blackened Death Metal band heavily inspired by apocalyptic themes and ideas. According to the band’s ReverbNation page:

“The concept of Algarothsyum’s theme is based on a world consumed in a post-apocalyptic existence. The music provides an aural soundscape of life and survival in a nuclear wasteland.”

And Algarothsyum first release, Wastelander’s Epoch, is true to this theme. It is an entirely instrumental concept album centered on the hardships of life, catastrophes that lurk around every corner, and events that transpire in a post-apocalyptic world.