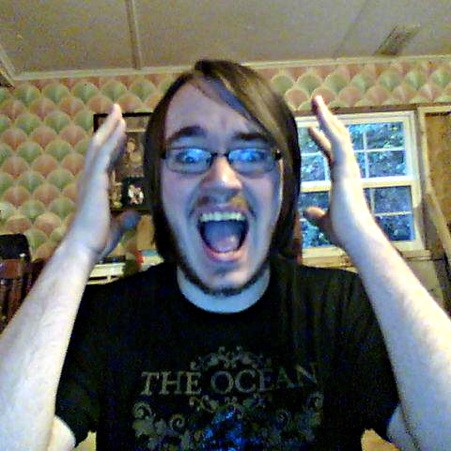 (Shortly before The Number of the Blog met its sad demise, TNOTB began publishing an interview series called “Keyboard Warriors” written by a relatively new TNOTB staffer who called himself Rev. Will. Because the archive of TNOTB posts seems to have exploded in a spatter of bits, never to be seen again, we agreed to give these interviews a home here at NCS. We started on Sunday and will be posting one per day this week. Today’s interview was originally published late last year.)

Just one or two years ago, a slew of new metal blogs burst onto America’s metal blogosphere and joined the eponymous MetalSucks on their largely unoccupied bandwagon. Though not exactly giving MetalSucks a run for their money since most of these blogs don’t have anything superbly special to offer that would help them poach all of MetalSucks’ fans, and not to mention that they don’t even earn as much money (or none at all) as Axl and Vince who are having a blast blogging and hauling in heaps of moolah, these NWoAHMB’s have been instrumental in giving bored metal nerds a wider variety of online reading options to choose from, as they do compensate for their late foray into the fray by specializing in certain areas.

Enter Heavy Blog Is Heavy, the blogchild of college student Jimmy Rowe, which already has a decent readership base and is even earning him some money only two years after it was started up. Although not as insanely successful as MetalSucks, a website Jimmy obviously looks up to, Heavy Blog Is Heavy can be said to be the MetalSucks of the Second Wave of American Heavy Metal Blogs. END_OF_DOCUMENT_TOKEN_TO_BE_REPLACED