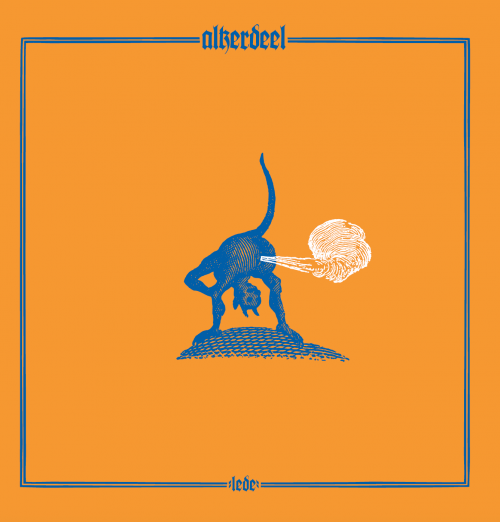 When I first gazed upon the cover of Alkerdeel’s new album, Lede, I could’t help but think of the insults hurled by the French guard from his parapet in Monty Python’s best movie: “I fart in your general direction. Your mother was a hamster and your father smelt of elderberries”. Yet the album art depicts a demonic expulsion of foulness rather than a French one. What might this portend, I wondered, especially as the cover for an album by a Belgian black metal band? We have a premiere of a video for the title track that will give you at least a few clues to the answer today, though I think it’s safe to say that those clues will be surprising in themselves.

This new album is the band’s third and comes roughly four years after their last one, Morinde, with some spit releases filling the gaps in the interim. For those of you familiar with Morinde, those passing years have produced some changes in Alkerdeel’s sound, as you will discover through this new video. END_OF_DOCUMENT_TOKEN_TO_BE_REPLACED