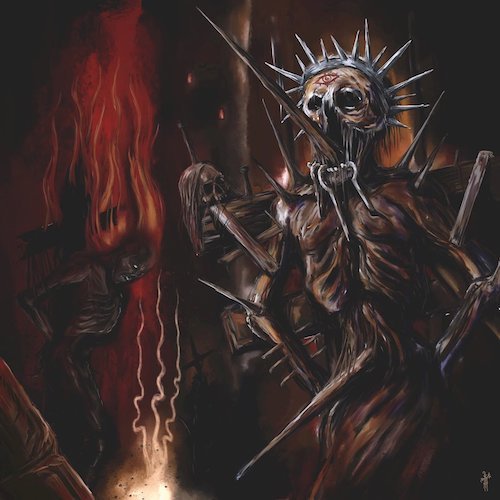 “History is not the soil in which happiness grows. The periods of happiness in it are the blank pages of history.”
―G.F.W. Hegel

As a representation of the philosophical leanings and musical expressions of the black metal duo Ancient Hostility, Hegel’s quote points in the right direction, toward the cycles of violence and misery that persistently drag human endeavor two steps backward after each step forward. To come closer to the source, the band’s shattering vocalist Imber provides her own summing up: “Ancient Hostility is just referencing the hate humans have had for each other since the dawn of our existence. It’s all about how we’ve treated each other – how we’ve always killed each other and we always will because this is what we’ve evolved to do. It’s part of human nature.”

Depressive sentiments, but for those with eyes to see, who could insist with any genuine conviction that they are wrong? For those who choose to look away, the music of Ancient Hostility may not prove to be appealing, for it screams its rage and pain with genuine conviction. Yet the sheer emotional force of this music may penetrate even the most hyper-optimistic minds, while simultaneously casting spells that might break down the defenses of even steadfastly resistant souls. For the rest of us, who need no convincing, but relish the catharsis of music that channels with raw feeling our darkest reflections, Ancient Hostility‘s self-titled debut album is a black gem.

We have an excerpt from the album to share with you today in advance of its June 7 release by the cassette label Akashic Envoy Records, and it’s a powerful statement of intent that won’t leave you in the same place it found you. END_OF_DOCUMENT_TOKEN_TO_BE_REPLACED