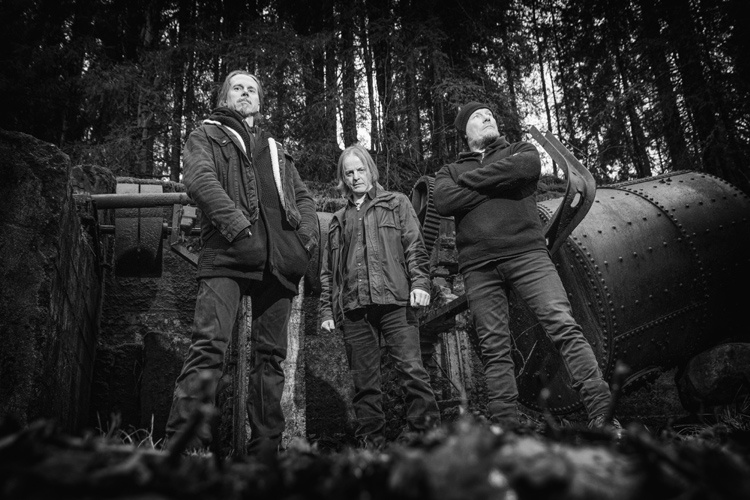 Well I slept late again today. But unlike yesterday it wasn’t really a luxury this time. Did some partying last night and didn’t succumb to sleep until after midnight, so the sleeping late was just an effort to be barely functional today, with not a lot of hours of rest to show for it. The day is now pretty far along, and there are NFL playoff games rapidly approaching, so I’ll have to cut back on some of my own words here and there (I can hear the wailing and gnashing of teeth).

Prepare for a very twisty and turny trip that sometimes stretches the limits of this column’s usual focus in unusual ways.

From 1993 through 1999 this Norwegian group released three demos and three full-length albums, after which Tulus became dormant. Two of its members (Sarke and Blodstrup) went on to form Khold and recorded six albums under that name from 2001 through 2014 (the last of which in that period was Til endes).

When Khold temporarily went on hold in 2006, Sarke and Blodstrup revived Tulus and released Biography Obscene in 2007, as well as Olm og bitter in 2012, even after Khold itself had been resurrected. They were joined in both Khold and Tulus by bassist Crowbel. END_OF_DOCUMENT_TOKEN_TO_BE_REPLACED