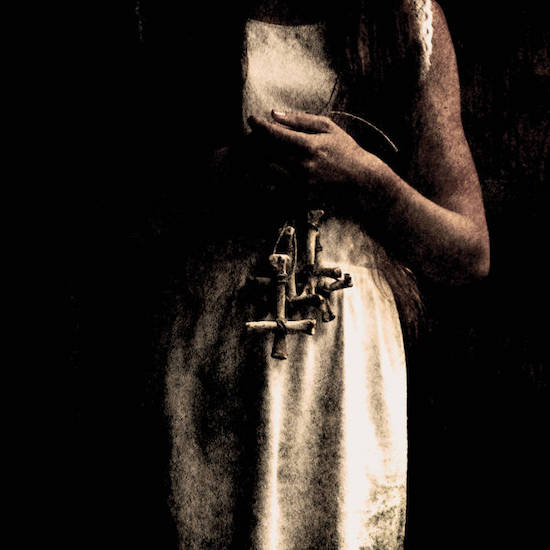 The name of the debut album by the German band Annihilation Rite is World Below, and that is where it takes us — to a blood-freezing subterranean domain of merciless terrors, endless torment, and utter downfall. It’s a cold nightmare world where bones are smashed and minds are ruined, and also a summoning of the Lord of Darkness to ascend, and retaliate against life.

This new entity is the solo work of Entweider, who is also a member of Crypt Witch, Dark Fields, Necrochaos, Sinister Downfall, Urschmerz. The music is branded black metal, but draws from death and doom metal as well, in order to make its rendering of ferocity and fear even more apocalyptic. And Annihilation Rite has written its rites in long form, in ways that become hideously spellbinding.

As a tangible sign of all these qualities, we have for you today the premiere of an album track named “Damnation Crowns“, in advance of World Below‘s April 28 release by Satanath Records. END_OF_DOCUMENT_TOKEN_TO_BE_REPLACED