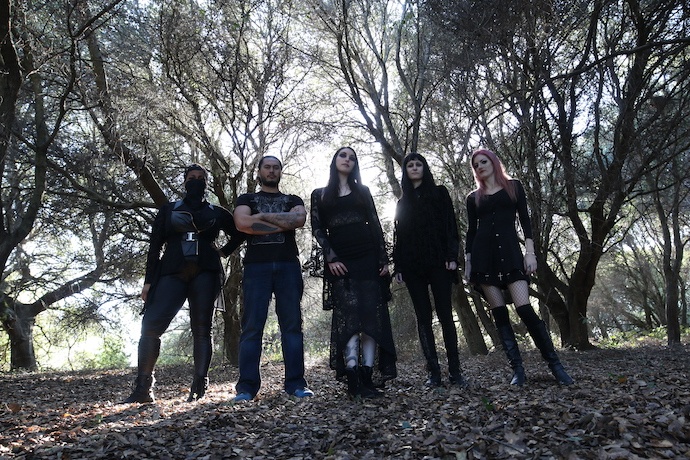 Originally launched as the solo project of Bay Area, California multi-instrumentalist Kiera Pietrangelo in 2016, Arcane Existence has blossomed into a full band. And as a full band Arcane Existence are now poised for the August 20 release of their second album Colossus, which traces a fantastical journey through a mythical land and weaves a musical tapestry of the narrative through an intriguing amalgam of symphonic black and death metal.

What we have for you today is the premiere of a song from Colossus named “The Altar“, and it’s accompanied by a video filmed by Benjamin Casias and directed and edited by Eric Tracy-Cohen which well suits the magic and menace that flow through the music. END_OF_DOCUMENT_TOKEN_TO_BE_REPLACED