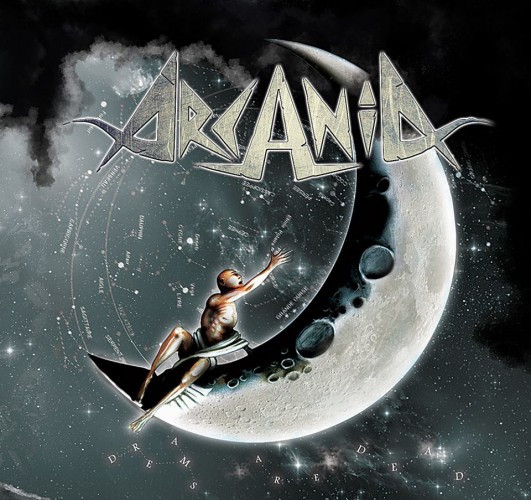 (TheMadIsraeli reviews the second album by Arcania from France.)

Arcania are an unknown gem, one I didn’t even know about until I stumbled across the video for a single off their sophomore album Dreams Are Dead.  They channel the neo-melodic death metal, heavily thrash-infused sound of the likes of Darkane, Carnal Forge, and like bands.  I ended up coming away thoroughly impressed, both with material from this record and from their debut Sweet Angel Dust.  I quickly asked Islander to snatch a promo and here we are.

Arcania play their music pretty straight.  The riffs are a blaze of technical dual-guitar acrobatics, the drumming is belligerently unrelenting in true thrash spirit, and the vocals of guitarist/vocalist Cyril Peglion are reminiscent of Gojira’s Joe Duplantier.  He never screams per se; his vocal style is like if Duplantier did nothing but his melodic howling all the time, and so it’s kind of hard to say whether this qualifies as an exception to our rule as a result.  His vocals definitely carry melodies, but you can feel the power surge hitting you.  If it’s a singing voice, it’s certainly an unusually harsh one. END_OF_DOCUMENT_TOKEN_TO_BE_REPLACED