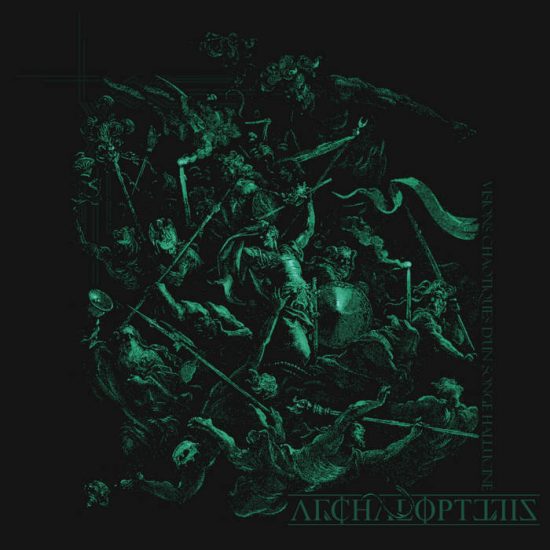 The very strange last year has produced a fair share of musical collaborations that, seemingly out of nowhere, have emerged to reveal strange new visions. In some cases, musicians have used the occasion to branch out from the styles of music they had embraced in earlier times, as if the oppressiveness of the new age had become a well-spring of new freedom, or perhaps had led them to use their music as a “prison break” from the new confinement.

The debut EP by the French band Archaeopteris, which we’re premiering today, certainly seems to fall into that category. The group’s three members hail from various projects such as Croc Noir (black metal), Supertzar (doom/stoner), and Toward (folk), but the two long songs on Visions Chaotiques D´un Songe Halluciné represent something different, a kind of experimentation in sound that led the band into very strange territories. It is as if they had a collective vision, both disturbing and fascinating, and then found a way to represent it in what they executed. END_OF_DOCUMENT_TOKEN_TO_BE_REPLACED